A Tale Of High School Sweethearts Reunited And Married 60 Years Later
Odyssey
CurrentlySwoonLifestyleHealth & WellnessStudent LifeContent InspirationEntertainmentPolitics and ActivismSportsAdulting
About usAdvertiseTermsPrivacyDMCAContact us
® 2023 ODYSSEY
Welcome back
Sign in to comment to your favorite stories, participate in your community and interact with your friends
or
LOG IN WITH FACEBOOK
No account? Create one
Start writing a post

The two now get to live out the rest of their days with one another, probably as they wished they could when they were young. 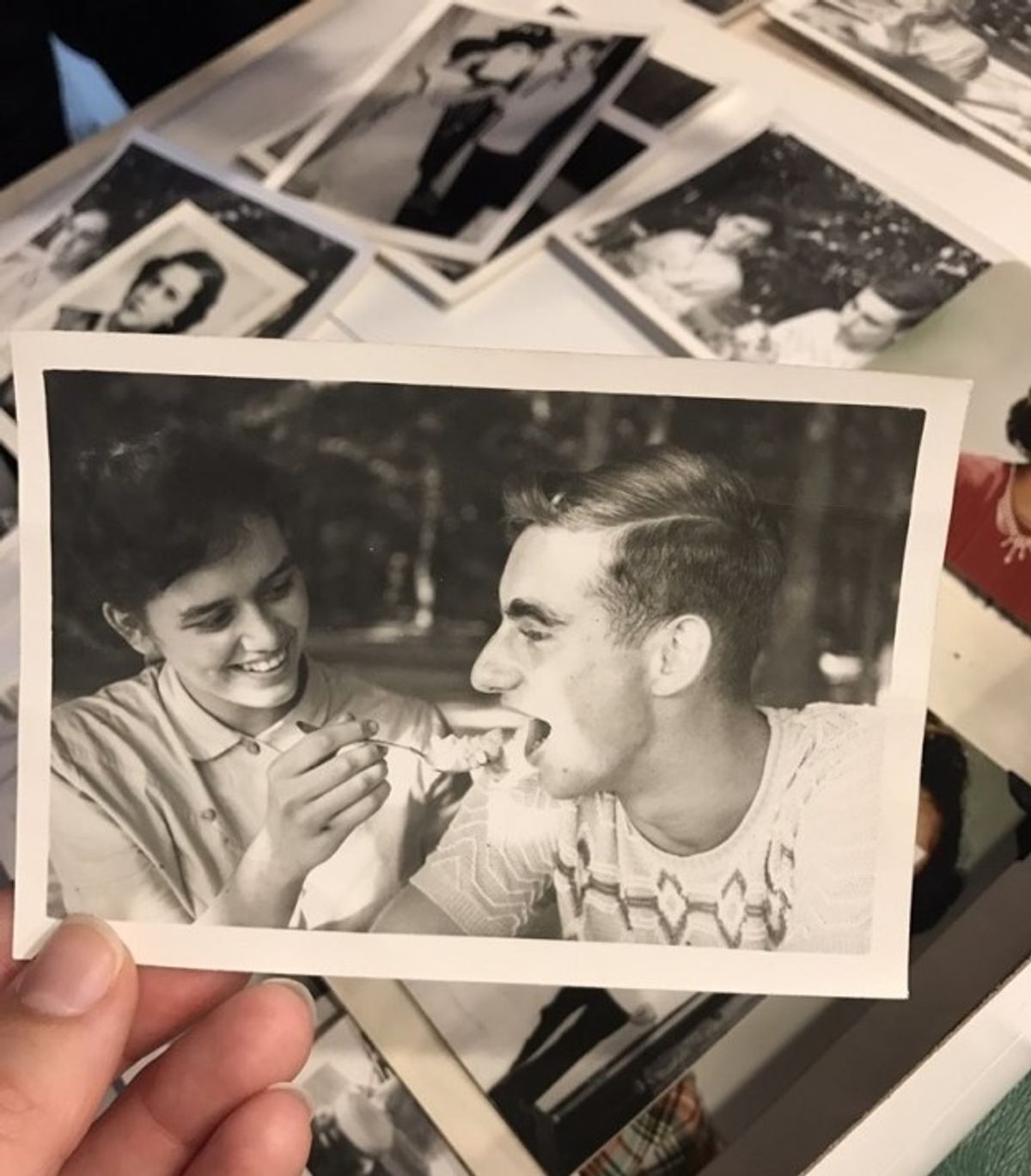 We all love a good love story, right? The one that's everlasting, the high school sweetheart type of love.

Well, here's one for the books.

Joyce Kevorkian and James Bowman met in high school and graduated in 1953. Because of college, they went their separate ways, not knowing if they'd ever see each other again. They both remarried, had kids and created their own lives.

Not really keeping in touch, they went about their way of life on their own. Kevorkian states: "He had his life and I had my life, he probably called me four times over the last 60 years."

After 60 years, she finally received word from James Bowman, her high school love, through the mail. She received his letter and responded stating that she wanted to see him.

Both widowed now, in December of 2016, James drove to the home of Joyce Kevorkian in South Bend, Indiana and took her on their first date since the '50s. Thinking things are over, getting married to another person, but finally being able to rekindle the love you once thought was lost? Proof that love lasts if I've ever seen it.

It seems as though it's history from there.

Just this past April 1st, the two got re-married to each other and now get to live out the love story they began to create in the early '50s. They chose the first of April because they "thought that was a good day for two old fools to get married," according to Kevorkian.

There's nothing better than a true historic love story. The two, happily reunited and now married, get to live out the rest of their days with one another, probably as they wished when they were young.

I guess this shows that if there's anything that can cure an old soul, maybe it's rekindling an old flame 60 years later.

The beauty of love is that there's so much to it. It's ever-changing and you never know what's to come. I can only imagine it came by surprise to the two that they'd be married to one another finally, at last. Maybe it didn't turn out the way they wanted to, or even when they wanted it to happen, but at least it happened.

This comes to show that not everything has to be in the moment and that the good things are worth waiting for.

Who knows, maybe you or someone you know will have a love story like these two.