Has 'Rick And Morty' Sold Out?

Has 'Rick And Morty' Sold Out?

Is this classic cartoon on its way out? 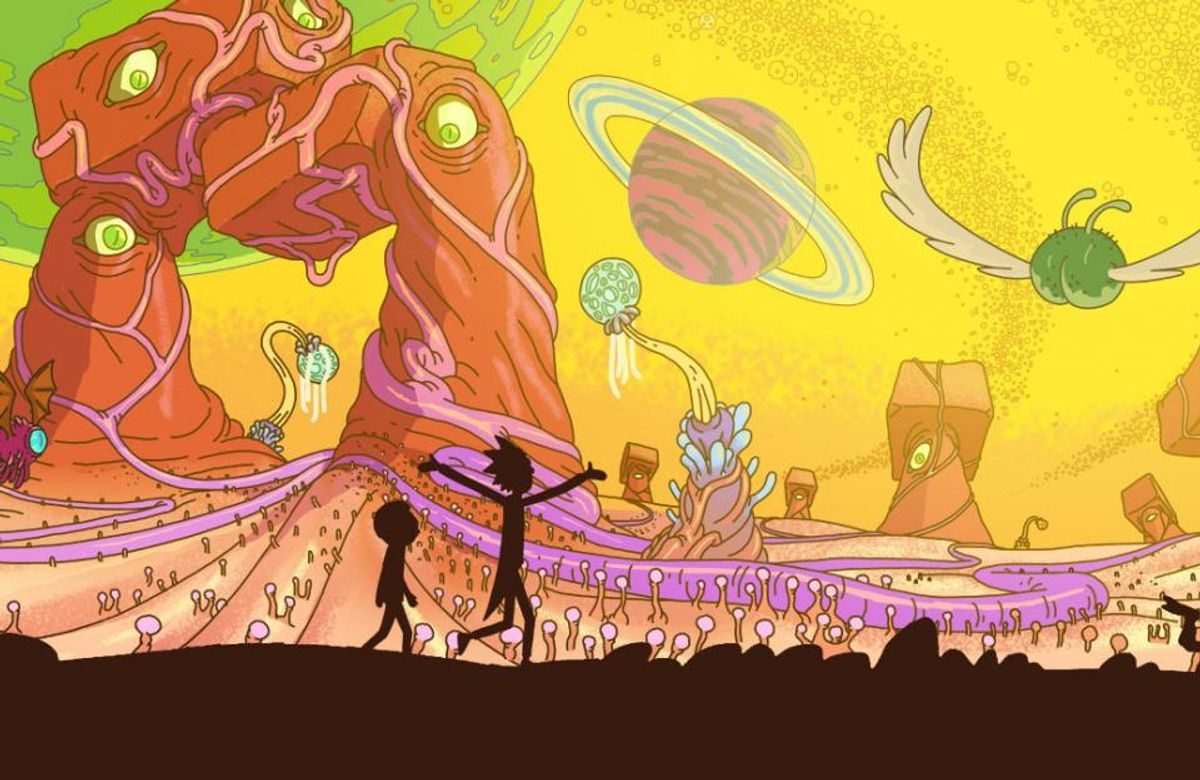 I was recently in a discussion about this with three of my closest friends, so I give credit to Aaron, Henry, and Jimmy.

"Rick and Morty" is a wildly popular show that centers around a renegade genius scientist named Rick and his grandson Morty. The show is at times wildly gruesome, oddly sexual, and occasionally emotionally deep and poignant. But always deeply irreverent. There is also a fast-paced humor packed full of cultural references that many people laugh at and don't think much of. However, there is no such thing as bad publicity, and every impression made or consumer reached - is a potential sale.

In the surprise release of "Rick and Morty's" season 3 premiere ( On April 1st / April Fool's day of all days), there was one such cultural reference. To avoid spoilers: In 1998, McDonald's partnered with Disney for the premiere of Mulan and began selling a Szechuan sauce with their chicken nuggets; At the end of the Season 3 Premiere, Rick goes on a tirade about how important that sauce is to him - to a ridiculous degree. "Rick and Morty" is incredibly detailed when it comes to what is said/seen in each episode (There are fan theories surrounding ticket numbers). For a show so purposefully detailed and deliberate, why would McDonald's Szechuan sauce be front and center? Or "Shoney's," a chain restaurant which also features in the premiere? (Though to be fair, no one is talking about Shoney's.)

The outlandishly direct endorsement of a 20 or so year-old dipping sauce seems to be smack-dab between reeking of paid advertising and merely being a part of the show's absurdist humor. On the one hand, this sauce is so out of date that even McDonald's representatives are likely asking co-workers if it existed. And most of the show's fans - largely mid-20's aged males - aren't likely to have tasted it. But at the same time, McDonald's is a massive franchise that (in case you haven't heard) still operates today. The household name carries a lot of weight, but really, any chain would benefit from this endorsement.

McDonald's has since responded, saying that they are not involved with the television show, but are willing to bring back the sauce because of the demand. McDonald's would certainly enjoy the publicity (and has no doubt enjoyed an uptick in consumption), but I believe that if there was some form of collusion, they would have been more prepared for this unintentional(?) viral marketing.

However. There is another odd little coincidence that makes this situation a little strange: Disney is remaking "Mulan!" Just like "Beauty and the Beast" and "The Jungle Book", Disney plans to remake the animated film as a live-action feature (With mixed responses). This could be a potential storm of viral marketing for the film's release. the 1998 "Mulan" has a strong following online thanks to its feminist message, enjoyable music, and strong characters. Building upon that popularity could be a goldminHe for Disney and McDonald's were they to join once again. However, the remake has yet to fully enter production, let alone enter advertising - and a year is a very long time for such a viral marketing strategy to maintain interest.

To add even more complexity to what is going on, "Rick and Morty" has been featured in advertisements before. Watch (or don't) this ad for Carl's Jr./Hardee's. Doing advertisements opens up the doors to selling out or being corporate shills, but at the same time this ad is hyper-aware and deliberate - this was made expressly for fans of "Rick and Morty;" I imagine someone who hadn't seen the show would be rather disturbed by it. So perhaps one would assume that the show would avoid confusing the matter, but then again, "Rick and Morty" has had in-show product placement that is just as cloudy as the Szechuan sauce! In the episode "Total Rickall," one character mentions that Rick has a habit of over-reacting, inciting a flashback to Rick rushing into the scene carrying a dozen 3DS' that he excitedly talks about:

Though perhaps as a joke or to divert from the scene, he ends with: "Nintendo, give me free stuff"

I still haven't decided whether or not "Rick and Morty's" creators have sold out. I believe that these kinds of references are very much perfect for the audience - the 3DS is a hugely popular gaming system, McDonald's is a household name. And then these instances of product placement are cut by adding in little twists on the familiar formula: "Nintendo, give me free stuff" implying the product placement is being done spontaneously; the Szechuan Sauce scene comes on the heels of a dark(ish) revelation, and mirrors the pilot episode's ending in which Morty is having seizures while Rick monologues about their adventures.

There is a level of self-awareness that is constantly getting higher, more and more tongue-in-cheek, until it almost impossible to tell exactly what is going on without getting on twitter and asking the creators what exactly is going on. Dan Harmon and Justin Roiland are excellent writers, capable of balancing multi-season story-arcs alongside ridiculous humor and "blink-and-you'll-miss-it" easter eggs. I think in the end, I choose to default to fewer assumptions and conclude that these product placements are merely reference gags that are being toyed with.