To work out or not? 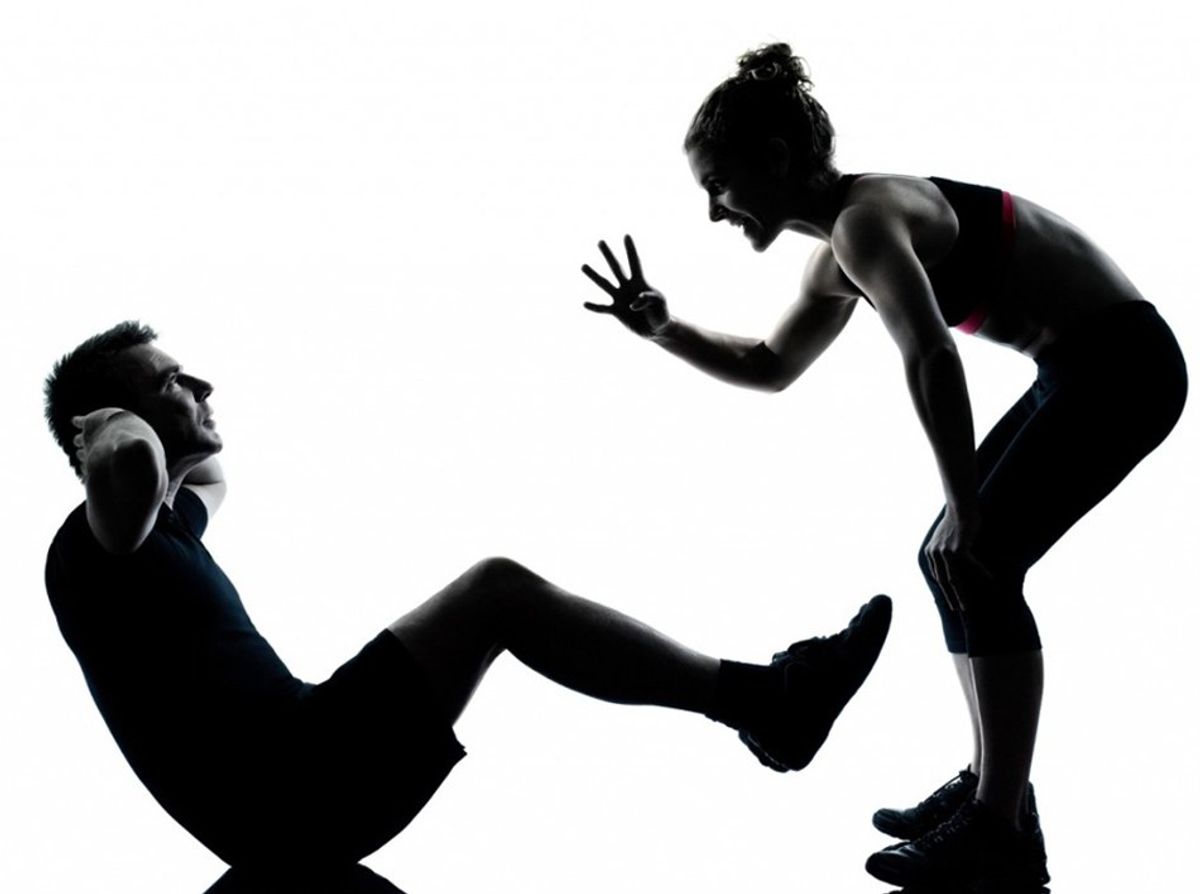 This summer, I've tried to make it my mission to get in really good shape. You know, strong calves, at least somewhat athletic shoulders, maybe even a noticeable six-pack!

As I peruse Facebook and other social media during my protein smoothie breaks, it seems like many of my friends are doing the same thing. No big surprise, really. Summer is commonly the time people resolve to "get back in shape," searching for a worthy "beach bod." But, during one of my early morning jogs, I started thinking. Is this a good thing, our obsession with exercise and a "proper summer body?"

Obviously, it's beneficial if we think about physical health. Most countries around the world, especially the United States, have problems with obesity among young people. Even if you're not technically "obese," many teenagers and young adults don't have particularly healthy diets. College kids often suffer from this. Late nights, early mornings, and dining halls packed with lots of food can lead to poor eating habits. It's rather nice, and indeed should be encouraged, that kids take a closer look at their health when school ends. The summer is a perfect time for everyone to hit that gym once or twice a week, play some pickup soccer with friends, and spend a good amount of time outside.

Even so, there are many problems with this mentality of having a "fit" body before coming back to school. Speaking from experience, I've never made it through a whole summer. Hardly anyone I know has, because it's hard to change your way of life as a busy teenager. Usually, after two or three weeks of avoiding the nightly Klondike bar, I relapse and give up running or lifting weights. The biggest issue with this is not physical, but mental. It's a let down, a feeling of inadequacy that follows. And admittedly, I don't have it bad. I'm not overweight, and my body is fine without exercise. But imagine how other kids must feel, unhappy with their bodies, pressured by their friends into trying to fix it, and then giving up. I can tell you that even I have felt that little tug of shame, summer after summer, as I curse myself for...

For not eating like a prisoner every day? For not letting my whole summer be completely consumed with running around a track? For eating the cheesecake my grandma made? For not checking the calorie count of every morsel of food I ate? For not treating my life like an experiment?

And what about my friends who aren't obsessing over their image? How am I making them feel?

The problem with turning your life upside down to achieve supermodel status isn't the action itself. We should always be conscious of what we are eating, and how much exercise we are getting. But far too many people set goals that they cannot reach, and it hurts them. For some, it furthers the shame they feel of their bodies. For others, it ends up hurting their self-esteem. Getting "back into shape" isn't a marathon summer activity. It's a slow and conscientious procedure.

For me, I'll go for a run when I have a free morning, lift some weights when I have a free night. But I'm not going to eat in a separate room, avoiding lasagna for dinner because I already had a plum two days ago. And neither should you.