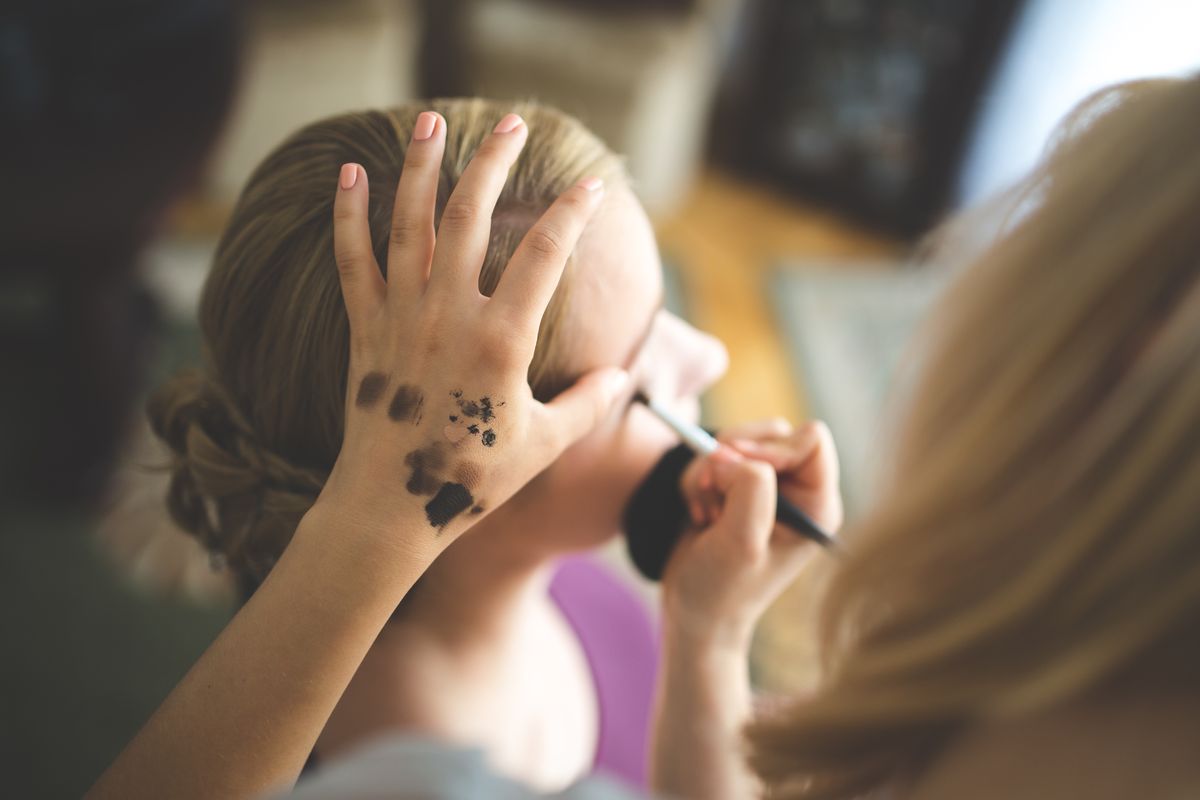 Whether it’s the candy, the partying, or the mass amounts of booze you plan to consume, we can all agree that picking the costume is one of, if not the best part, of Halloween. As kids, we dress as princesses, superheroes, villains, dinosaurs, or Harry Potter characters in black bathrobes, but as we get older we start wanting to show off. It could be your body, your creativeness, or just how funny you are. But every year thousands of people dress up without thinking about how other people might see their costume. These costumes can be offensive, racist, homophobic, trans- phobic, bring up bad memories, or just make people mad plain and simple. A good rule of thumb is if you think it will offend someone, don't do it. So here is a list of costumes that you should avoid.

1. Anything That Involves Dressing Up As A Different Race.

There are plenty of ways to represent your favorite singer or actor without detailing their race. I once saw a post about a teacher dressed up as Drake from Hotline Bling and he in no way tried to hint towards Drake's race. It isn't racist if you represent the person with good intentions and without smearing paint over your face.

If you are not black, you have no right to pretend to be just so you can have a costume. Black people are not costumes.

So, if you want to go to a party as Nikki Minaj or Selena, I would recommend just dressing in their most iconic outfit and leaving the face painting kit at home. Their race isn't what defines them most, it is their talent, abilities, and stories that make them who they are.

Abusive relationship costumes should be thrown out the window this Halloween, and one of the most infamous relationships in this country is Nicole and O.J Simpson, which ended with her and Ron Goldman dead. The reason why this is such a distasteful costume idea is because you are idolizing a murderer and using a dead woman for the purpose of attention. A life was lost, let's respect that no one deserves to die being slashed to death.

In researching for this article I came across this picture. As I'm sure you can guess, they are dressed as the twin towers right as the plane crashed and people started jumping from the windows. Imagine if someone who lost a friend or family member saw you where this, chances are you would feel embarrassed. No one is laughing when you joke about real-life events that caused people terror and ended in their deaths. The only joke at that party will be you.

Keep in mind that someone around you may have a parent who killed themselves or maybe a friend or even their child. Some may even have tried their selves or are avid cutters. Suicide is a tragedy, not a joke. It may fit the theme of Halloween's horror and gore, but it is an issue that is too big to make jokes about.

5. Any Culture Not Your Own.

This means no Native American, no Asian, and no Mexican clothes that are indigent to their country. Anything else you can think of that holds a culture separate from your own, you can take a guess you probably shouldn’t dress as. Culture is something sacred and can be appreciated if emerged within it, but can be appropriated if only held to a stereotype or taken as a way to sexualize yourself and appear cultured on Instagram or Pinterest.

Cross-dressing and drag are fine in the right context, but when a sex swap costume starts poking fun at transgenders, that is when it becomes a problem. There are costumes that are listed with derogatory terms such as "tranny" and they make fun of the attractiveness of the costume, mainly how a man looks hideous in woman's clothing. This is not appropriate for a Halloween costume.

If you want to dress as a gay actor or character for Halloween that is totally fine, just don't act gay. People exaggerate what being gay is and chances are that when you imagine someone "acting gay," you picture a man being flamboyant and dramatic, which is almost never the case. So, this Halloween, don't pretend to be gay.

8. Any Religion Separate From Your Own.

Meaning no Jewish people, Muslims, Sikhs, Hindus, Buddhists, and so on. Their beliefs are not make believe. Wearing a burka, a hijab, a dastaars, or kippahs should only be used if the faith is being followed. And with the country growing rapidly against Muslims, it should be said that if they can't wear a hijab and follow their religion without being criticized, you shouldn't be able to wear the exact same thing and go on with your life normally the next day.

It is disrespectful to dress up as the murderer and dictator that stole away many lives. Hitler, Benito Mussolini, just to name a few were horrible men. Don't go into a party as a widely hated dictator and not expect to be seen as a jerk.

People popularized serial killers because of the fascination of their crimes and minds. That is what makes shows like Criminal Minds so popular, the violence behind it as well as the sadistic disobedience towards the law. But unless you are Hannibal Lecter or some other made up killer, the real ones are off the table. No Jeffery Dahmer, Zodiac Killer, Ted Bundy, John Wayne Gacy, or Aileen Wuornos, or Osama Bin Laden.

11. A Refugee or Immigrant.

These people are already highly unpopular in America and are being called terrorists, rapists, murderers, and so on. Dressing up as them only adds fuel to the fire for people already against them.

12. Anyone Who Recently Passed Away.

This includes Robin Williams, Hugh Hefner, Joan Rivers, Michael Brown, Sandra Bland, Chester Bennington, and anyone else you can think of that was just put to rest no more than a few years ago. You might think it is a tribute dressing up as them, but these people still have family grieving over them. Imagine if they saw you using their dead loved one as some prop for a party to get drunk at. Let them have some dignity and respect the life they lived.

There is a tenancy to joke about these subjects because the people who are unaffected or aren't categorized by these details or events either simply don't care or don't think about what is like to be a less fortunate. When jokes become bigotry and costumes, that's when the line is crossed. So this Halloween, just be conscious of your actions and costumes and how they may affect people. It may sound stupid, but put yourself in their shoes. Would you want to be represented as a joke?