'Half Brothers' is silly yet sweet

'Half Brothers' is silly yet sweet

To get to the best part of the story, you'll have to endure some unfunny humor 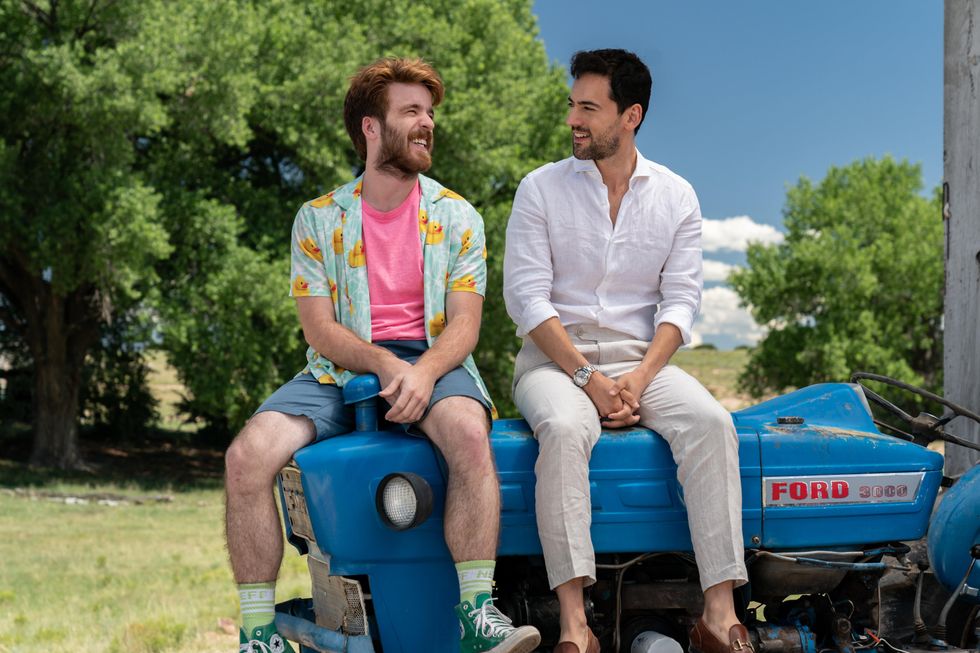 In "Half Brothers," the plot is as complicated as the main character's relationship with his father.

When Renato was a boy, he idolized his father (Juan Pablo Espinosa) and learned to love airplanes and riddles with him. But eventually that love turned to hate when his dad left Mexico to earn more money and inexplicably never came back.

Fast forward to the present day, Renato (Luis Gerardo Méndez) isn't a very compassionate man. Despite getting married in a few days and leading a Mexican aviation company, he still finds ways to disconnect with his horror-loving, soon-to-be stepson or slander Americans using multiple stereotypes.

Then one day, Renato receives a call from his dad's wife saying he's ill and urging him to visit Chicago. He reluctantly goes after his fiancé pushes him to work out his issues. But when he arrives, he discovers he has a free-spirited American half-brother he never knew about named Asher (Connor Del Rio).

After getting blown back by this giant news, his dad tells both his sons to follow clues to learn about his life and why he never came back to Mexico.

In this comedy-drama directed by Luke Greenfield, it's easy to sympathize with Renato's character and understand his hardened exterior. And in return, it's easy to see his brother as too lax for suddenly discovering he has a brother. So why would anyone want to commit to a long journey?

For both the characters and the audience members, it's an enticing trap to make everyone see what happens next, and it works.

Even though the jokes aren't really funny and the characters aren't consistently likable, it's worth taking the time to see how his dad's journey from Mexico to America went and why he never made it home. But viewers have to be in it for the long haul because the first half of the movie is a slog filled with silly, rash decisions from both Asher and Renato.

Once viewers reach the climax of the plot, there's a sweet story hiding there that'll make people wish the film was this heart-warming the entire time.