Because if you're being honest with yourself, it's going to happen. 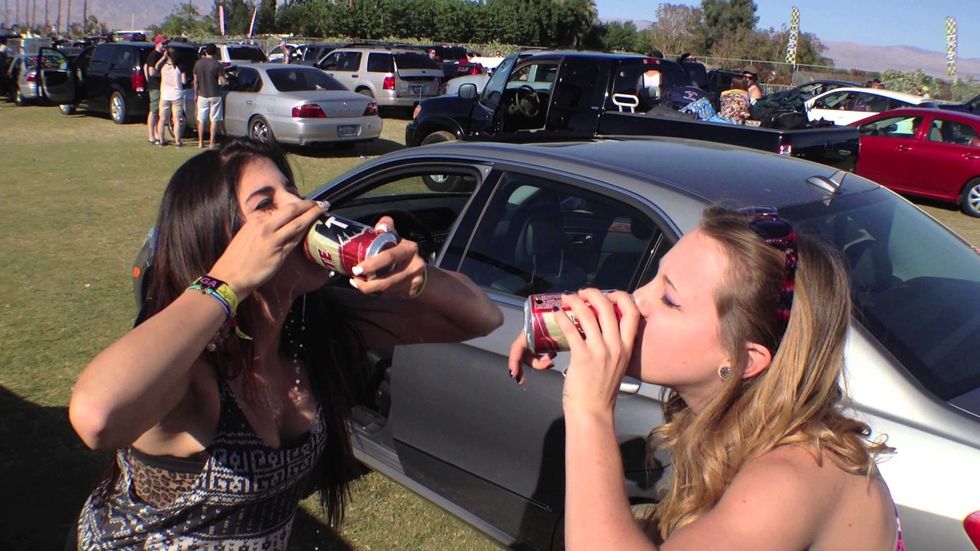 Let's, just for one second, be 100%, completely realistic.

For one second, and one second only, and then we can refer back to plausible deniability and stuff like that. You are going to have experiences with drinking in college. Even if you're not actually drinking, there is going to come a time in your college career where you will be somewhere where people are drinking and it is entirely possible that you won't know what to do. And that makes sense, and that is fine, but that's also why I'm here.

There are things you need to know, and I know some of it. (Not all of it, I'm not that great).

1. Drinking water is the only way to sober up

I'm sure that everyone in your life has a different idea on how to sober up, but literally, none of those actually work. The only way to actually sober up, according to science, is by drinking as much water as you do alcohol. Drinking black coffee and eating carbs and taking a cold shower might make you feel better, but you're not. Trust me. Just drink some water, and it will pass.

2. Different alcohols will have different effects on you

Pretty much every alcohol will get you drunk, at some point or another, but you'll probably feel different depending on what you drink. A wine drunk person is not the same as a beer drunk person or a vodka drunk person. There is only one way to figure out what all of your drunk selves are, but I don't suggest doing that. I actually suggest against doing that, if that means anything.

At some point, you will probably wonder why frat boys shotgun beers so often and try it yourself, and you will probably do it wrong and regret it forever. If you're going to do it, do it right. Only shotgun warm beer because cold beer will give you a headache, and why would you want to give yourself another reason to get a headache when you're clearly going to get a hangover anyway.

Don't try to make a hole with your fingers, you will cut them and it will hurt and you will, again, regret it. Don't try to make the hole by using your tooth, because you will cut the inside of your mouth, and don't try to do it by smashing the can on your head until it opens. First of all, that makes a mess, second of all, it looks fucking stupid, third of all, you will hurt your head. Just use your keys like a normal person, and make the hole as big as you can to make it easier. Keep the beer at an angle while you chug it, and you'll be fine.

4. You'll probably have to watch your drink

I really hate that I have to tell people this because no one should have to worry about their drink but watch it! Some frats have resellers so don't trust them to make you a drink unless they are willing to drink it themselves, and your best bet is usually to just drink beer or whatever the frat guy is drinking because they don't want to be roofied either.

If you think the thing that you are doing is stupid, it probably is. To confirm, find your DSF(designated sober friend), and ask them if it's a good idea to do what you plan to do. When they say no, you will know that you were right, you are stupid.