Gender and homelessness in America
Odyssey

A Look At How Gender Is Impacting Homelessness In America

We often ignore that the needs of homeless women and transgender or gender-nonconforming individuals are different, and we need to fix that. 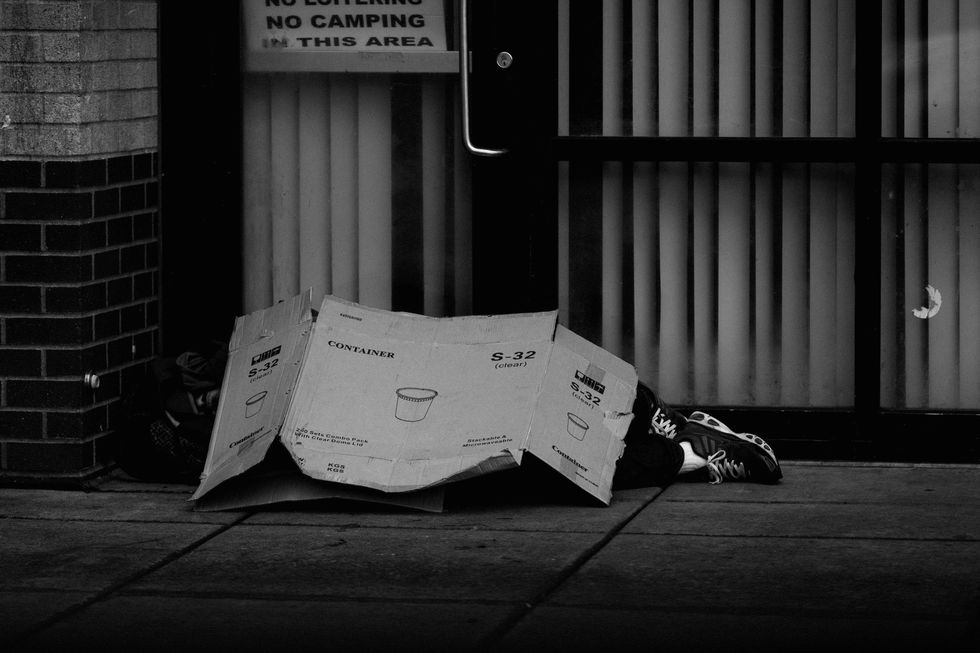 553,742 people. That's how many people experience homelessness on a given night in the United States according to the 2017 Annual Homelessness Report to Congress developed by the Department of Housing and Urban Development. We know that homelessness is an issue in our country, but what we don't often stop to think about is how gender impacts homelessness.

Earlier this semester I had the chance to travel to Miami with a group of students on a service trip that was facilitated by my college to focus on issues of food security, youth empowerment, and homelessness. On our second day we did some service at Lotus House, which is a beautiful live-in facility that takes in women and their children while they are experiencing homelessness until they can find stable housing elsewhere and support themselves again.

This facility really impressed me and had a lot of amenities such as a classroom for the women prepping for job interviews and getting their GRE, and an art room for the children. As we toured the facility I was definitely caught off guard by how nice it was, but we quickly learned that there are few like it in the country and they are very lucky to have government funding as well as big-name donors. It's not particularly easy to come by that sort of funding, so many shelters are left rundown and don't have the tools to help the residents find stable employment and housing or whatever they may need in their situation.

The fact is that homeless women typically don't find such great temporary residences or can't get in because of waiting lists and they face incredibly challenging struggles either on the street or in other shelters that homeless men don't necessarily have to worry about. According to the same 2017 report, 61% of homeless individuals in the United States are men, 39% are women, and less than 1% are transgender or gender nonconforming.

Looking at these numbers, we can see that men experiencing homelessness quite significantly outweigh the women. And here is a big part of the problem. Since women and transgender/ gender non-conforming individuals are the minority in this population, it is easy to ignore the fact that they experience particular issues and dangers that men in the same situation are far less likely to face. Being a woman or someone outside the gender binary creates a different reality for homeless individuals, introducing added difficulties, expenses, and dangers.

For instance, women are highly likely to experience violence, with 54% of participants in a survey for women with lived experiences of homelessness having experienced some form of violence or threat to their safety. These forms of violence included things such as being forced to do something under threat, sexual abuse or assault, hate crimes, physical assault or attack, robbery, burglary, or being a victim of any other crime. It has also been reported that fleeing domestic violence is the leading cause of homelessness for women and children.

Another experience that women experiencing homelessness are forced to face far more often than men in a similar position is the act of survival sex, sexual assault including rape, and sex trafficking. Survival sex is defined as trading sexual acts in return for some sort of good such as money, food, drugs or alcohol, or housing. A 2017 DC Women's Needs Assessment Report stated that 29% of participants engaged in survival sex in their lifetime, 28% have been forced to commit a sexual act with another, and 36% have been trafficked. As high as these numbers may seem, it can be assumed that this is still an undercount of women who have had these traumatizing experiences because of some have been lost to these heinous acts of violence and some were not able to come forth.

It is also very difficult for these women to acquire menstrual products since most shelters don't have the funds to provide them to residents. These products are pricey enough that this can often be a decision between a meal or a box of pads. Women will often have to use tattered pieces of cloth or toilet paper to help with their blooding instead of sanitary products, which increases the risk of infection. Additionally, women have to handle expenses that come along with pregnancy and proper maternal care, which is often not possible for them resulting in increased chances of adverse births. This is especially problematic because homeless women are also more likely to have unintended pregnancy due to lack of sexual education, lack of access to proper contraceptives, and forced sex.

These women need more safe housing and shelters need to have access to more funding in order to provide the necessary services these women require in order to better their lives for themselves and their children if they have any. Most of them have faced so much trauma that it's nearly impossible to do this on their own, so it is crucial that both public and private institutions, as well as general citizens, take the initiative to raise awareness and lend a hand. Homelessness is something anyone can struggle with, regardless of gender, but we cannot go on pretending that men, women, and transgender or gender non-conforming individuals all have the same needs.