Baking and cooking are my ways of taking my mind away from all of my other thoughts. 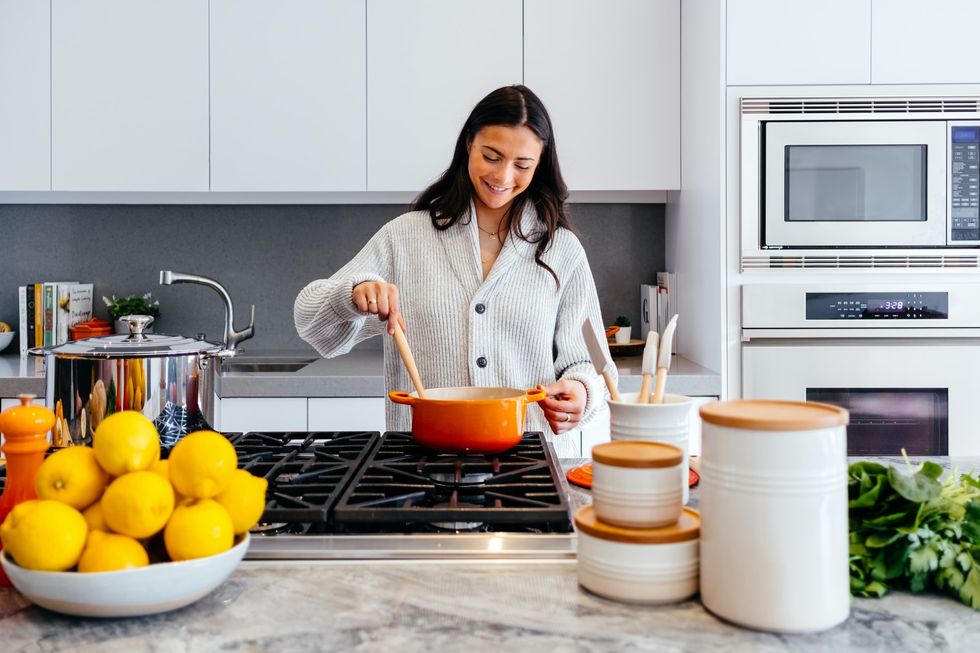 As we're all filling to the brim with boredom in quarantine, some members of the younger generation (including myself) are trying their hand at cooking and are inadvertently obtaining a very useful life skill.

As a young individual in America I feel as though I've been conditioned to order takeout because it's quick, convenient, and not to mention tasty; however, this mentality hasn't truly allowed me to notice the value of cooking for myself.

What I've learned during quarantine is cooking doesn't require magic, and in all honesty, it's a pretty entertaining task.

Baking and cooking are my ways of taking my mind away from all of my other thoughts. In a way it's my form of meditation; something about how methodical it is gives me great pleasure.

The rhythmic slicing of a scallion against a cutting board: chop, chop, chop is music.

Speaking of which, actually playing music while cooking makes time go by much faster, and it's something to listen to as opposed to the silence of your kitchen while washing dishes or waiting for the oven timer to go off.

There's something so gratifying about knowing that everything you've incorporated into your meal is completely your own and controlled by your hand, this way you can personalize it to your liking (by adjusting the salt, sugar or other spices).

When ordering food from a new place, you have no way of really knowing if you'll like it or not.

When making your own meal you know that you're not including additives or preservatives or any other ingredients you can barely pronounce that appear toward the end of most nutritional labels.

And if you're craving something from a fast-food spot, copycat recipes from your favorite chains are available at your fingertips. You can end up impressing yourself and/or your family by recreating orange chicken from Panda Express or Panera Bread's broccoli cheddar soup or countless other dishes.

Although you'll put more effort into your food prep, it would be much cheaper than buying the pre-prepared meal!

An infographic taken from The New York Times (below) breaks down just how much each fast food item would cost if bought at a grocery store.

Essentially, fast food places like McDonald's try to trick you into believing that you're purchasing something inexpensive that also comes in a larger quantity when in fact preparing something at home would be less expensive and far higher in nutritional value.

I'm still a pretty amateur cook and I incessantly look at recipes while I'm making something because I don't want to mess anything up.

But, I've become much more intuitive when re-making certain dishes because I know where I went wrong the previous time and now know what ingredients I should limit or add more of.

Cooking and baking have been a way for me to exercise my creative instincts and has become a source of productivity, so whenever I'm motivated to learn something, this becomes my outlet.