Once More, With Feeling! A Review Of Zach Braff's 'Garden State'
Odyssey
CurrentlySwoonLifestyleHealth & WellnessStudent LifeContent InspirationEntertainmentPolitics and ActivismSportsAdulting
About usAdvertiseTermsPrivacyDMCAContact us
® 2023 ODYSSEY
Welcome back
Sign in to comment to your favorite stories, participate in your community and interact with your friends
or
LOG IN WITH FACEBOOK
No account? Create one
Start writing a post
Entertainment

Once More, With Feeling! A Review Of Zach Braff's 'Garden State'

Concerning the spirituality of emotion in film. 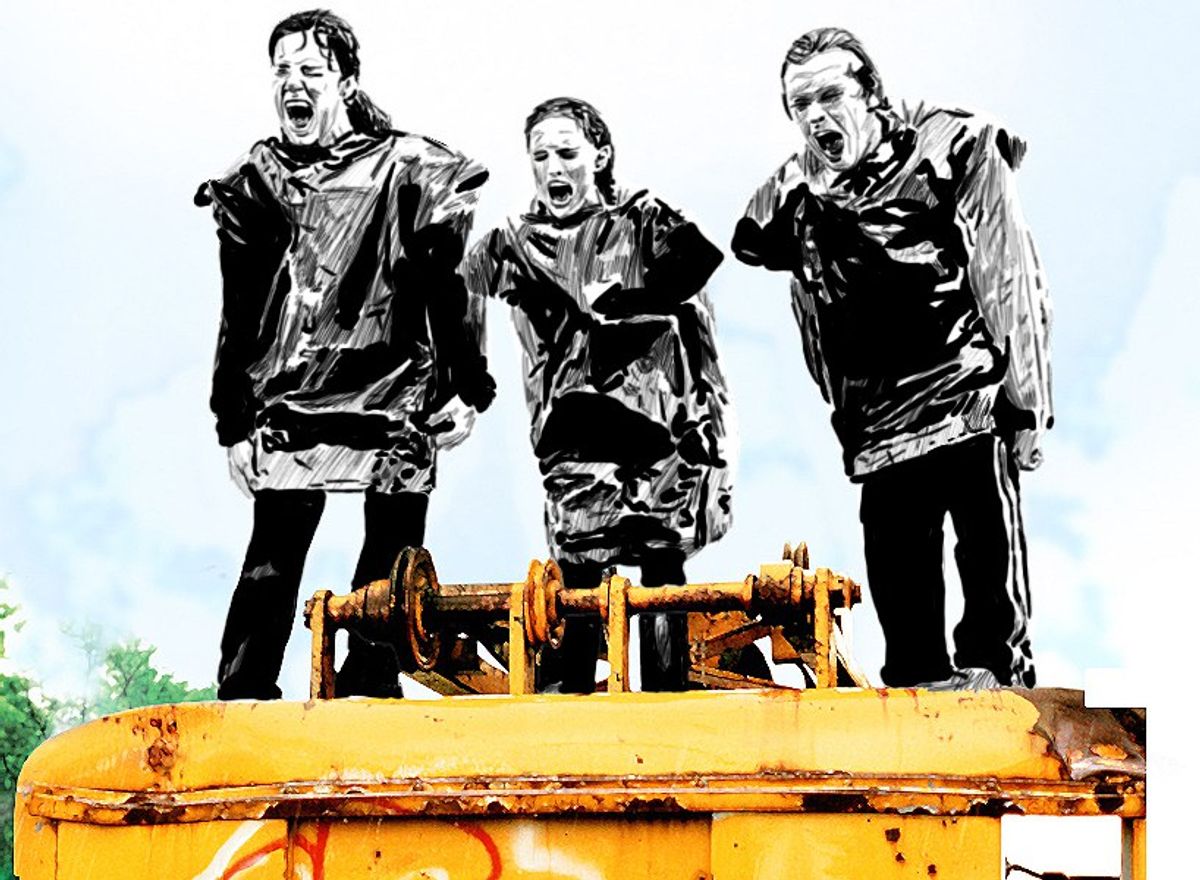 Believe it or not, there was a time when independent filmmakers really struggled to finance their projects. Orson Welles couldn’t hold onto his dollars long enough to do his films the way he wanted to, famously (or infamously) offering to direct "The Lady from Shanghai" in order to fund his staging of a Shakespeare play. Joe Swanberg has said multiple times that he put out seven crummy films a year until he got noticed by someone with pull. And perhaps most disturbingly, Robert Rodriguez sold his blood in Mexico as a means of financing his first film, “El Mariachi.”

It’s an interesting history, to be sure, and one that’s filled with unfortunate mishaps along the way. Welles’ films, for example, were brutally slaughtered by mainstream studios more interested in making money than art. Perhaps that is the biggest difference between indie films and mainstream, studio-funded films: studios are in it for the money while indie filmmakers are in it for the sake of their passion. Someone in charge of financing sees cameras, actors, and special effects as dollar amounts and budgets. $50,000 for the cameras, $2,000,000 for the actors, $50,000,000 for the digital effects.

Meanwhile, independent filmmakers usually don’t have $75,000,000+ at their disposal. Indie filmmaking is about finding ways around that. A great example of this is Tarantino’s “Reservoir Dogs.” Tarantino wanted to film his characters walking in slow motion down the sidewalk, but couldn’t afford a camera that filmed in that many frames per second. So he took the film and meticulously doubled each frame to give off a slo-mo effect. It’s bumpy instead of smooth, but fits perfectly in line with the soundtrack and the characters themselves.

Independent filmmaking lives on this kind of creativity. Unfortunately, there’s also a downside to it. While indie films often produce gems like “Reservoir Dogs,” “El Mariachi,” the entirety of Jim Jarmusch’s catalog, etc., it also produces films that are artistically inclined, yet still impenetrable. A great example of this is "Primer," which is a competently put together film, especially considering his financial circumstances while making it. However, Shane Carruth is quite a bit smarter than your average director, and the result of "Primer" is a morality tale that can be grasped only in the abstract. It’s really hard to like a movie if you can’t tell what’s happening during it (note: his following feature, "Upstream Color," is actually even more egregious in this regard).

Filmmakers like Wes Anderson, Mark/Jay Duplass, and even James Franco, to a certain extent, have spawned their own wave of indie films that are pretty to look at but impenetrable nonetheless. And when I say “impenetrable,” I mean that in an emotional sense. Anderson’s characters are always weird, to the point where they occasionally become unlikeable. The Duplass brothers often portray characters who are so odd that they become unbelievable and James Franco... Well, he’s James Franco and is the best in the business at drawing a line between loving him or hating him.

These films feel off, like they are representing something we can’t quite relate to; they’re on a different plain of terrestrial emotion. Of course, much of that is subjective. I have friends that very much love Wes Anderson, even though I find it very difficult to relate to his characters. Some people might find the Duplass brothers endearingly odd, and, well, for every two people that hate Franco’s early directorial efforts, there’s at least one who likes them.

But every so often, there’s a film that is both odd, indie fare and emotionally relatable. This was how I felt about "The Lobster," not so much due to the characters, but due to the emotional brutality of their situations and decisions. And, I recently discovered, this is how I felt about "Garden State," the first directorial masterpiece from singer/actor Zach Braff.

To be honest, the set up for "Garden State" is rather cliche: depressed man returns home for one reason or another, has issues with his messed-up family, hangs out with his weirdo friend, and falls in love with a crazy girl who has a heart of gold. But Braff, who wrote the script and starred in the film as well, does something that most filmmakers don’t usually do: he plays the emotional off like it’s the spiritual.

Most films want us to look at a relationship and be sad for the man or woman because they can’t marry the person of their dreams. They want us to revel in the depressing nature of the circumstances. This is most annoyingly done by the asininely depressing “The Champ,” which is basically a series of vignettes that depict one man going through emotional heartbreak after emotional heartbreak.

But Garden State doesn’t take the easy way out. Each decision the characters make is a fulcrum for the rest of their lives. The pressure to make the “right” decision is always on, simply by establishing that they believe this life is all they have. For the characters, this life is the physical and the spiritual, and the decisions they make in the moment can make the difference between them living happily and them living in depression for the rest of their lives.

Andrew, the film’s protagonist, can take charge of his life and quit his meds, or he can continue to not feel for the rest of his life, existing in pitiful conditions. He can stay in New Jersey with his soul mate, a girl who he admits has changed his life, or he can strike out to LA on his own to figure it out for himself. He can stand up to his iron-fisted father, or he can let his dad rule as an authoritarian. These decisions all transcend the circumstantial because they really aren’t circumstances so much as frames of mind. What "Garden State" does so specially is to portray its characters as genuine humans with human thoughts and imperfections. Life is hard, and the film isn’t afraid to deal with it as such. For the actors, the director, and viewers, life is like a transcendental light that we can see dimly, as is love, fear, pain, and anger. They exist, not as character emotions, but as things that everyone experience. They touch them and examine them as things they can attach to without fully comprehending.

For the religious, doesn’t that seem a little bit like God Himself? We can see Him in the world without fully comprehending His existence. We touch and our hearts are touched by Him; we live for Him without even really knowing fully who He is. Likewise, Andrew allows himself to fall in love with Samantha, unsure of what love really is. He pushes himself to experience life even though he’s not really sure what he’s doing. But as he and Samantha both say at different times: what they do know is that this life is all they have. Even though they don’t quite understand this spiritual anomaly they call life, they know that they have a duty, whether to themselves or something higher, to make the most of it.

This is a really pretty film that tells a relatively simplistic and cliche story in a way that is neither simplistic or cliche. Natalie Portman gives her best performance other than Black Swan, and Zach Braff gives his best performance. The soundtrack is amazing, and the editing is accomplished. I’m inclined to say that this is as close to perfect a film as one can ever see. The acting is very reminiscent of “The Graduate,” which is some of the highest praise I can give a film.