Full moon in Libra and Venus goes into retrograde. 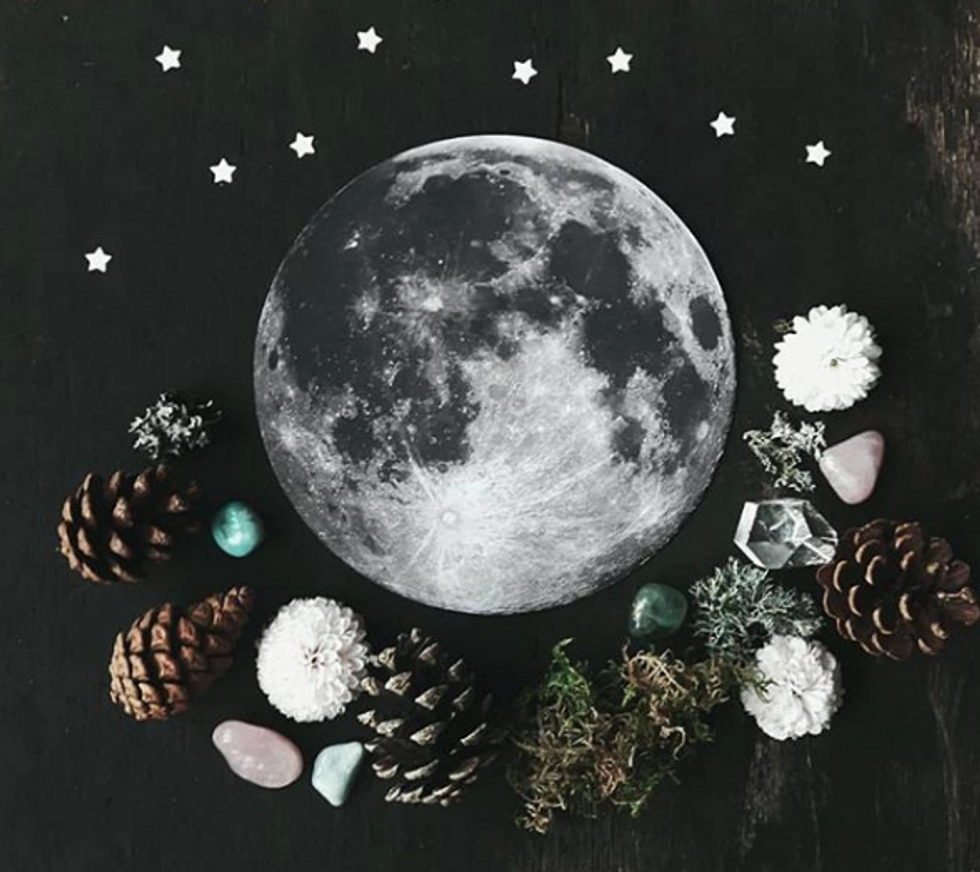 Who knew March 20, 2019 was such a big day!? On hump day, a Wednesday, in the middle of our society's work week — the moon is at a climax and Venus, the planet of love, is going into retrograde.

There is more about this particular moon that is essential to know, past the fact that it is full — this moon is a super moon. Super moon is just the fun little title that we associate with the moon to capture and explain the imperfect orbit cycle of the moon; basically, the moon doesn't orbit in a perfect circle, more of an oval, such that sometimes the moon is closer to the Earth and sometimes there is a little more distance between the two. A super moon occurs when the moon is very close to the Earth; making the moon appear much larger than usual in the sky. This, in turn, heightens the moon's powers and effects on us and the world we live in. For example, this is a great time to make moon water — water charged by the moon — as the moons energy is at a high.

Continuing on with this theme of equality and balance, the super full moon on March 20, 2019 is in Libra! Being the zodiac of balance and fairness, it seems more than coincidental (divinely planned, I would say) that the equinox falls on the same day as the Libra super full moon. All in all, charging the moon, and its people, with balance, unity, and peace.

Mercury is finishing up its retrograde in perfect timing as the super full moon in Libra highlights communication and fairness. We might be feeling overwhelmed by communication in this Mercury retrograde, but Libra is here to smooth the waters.

Another way to describe a planet being is retrograde is to say that that planet is napping — basically, everything that that particular planet is known to affect or control is helpless while the planet is in a state of rest, or napping. For example, people tend to freak out during Mercury's retrograde because Mercury rules travel, communication, and commitments; while Mercury takes some time off to rest, us Earthlings are left to handle our communication and travel discrepancies without the help of the planet ruling communication and travel. For lots of us, this results in difficulties communicating verbally, lost luggage in travel, change of plans or travel arrangements, problems with documents and commitments (i.e. contracts, mortgages, leases, etc).

As Venus rules love, we may need to spend a little extra time absorbing the harmony and peace that this super full moon in Libra has to offer, in hopes to soothe our spirits as Venus begins it's retrograde.