Why Frankenstein Is A Trashcan Of A Human

Why Frankenstein Is A Trashcan Of A Human

Victor Frankenstein is garbage and here's a few reasons why. 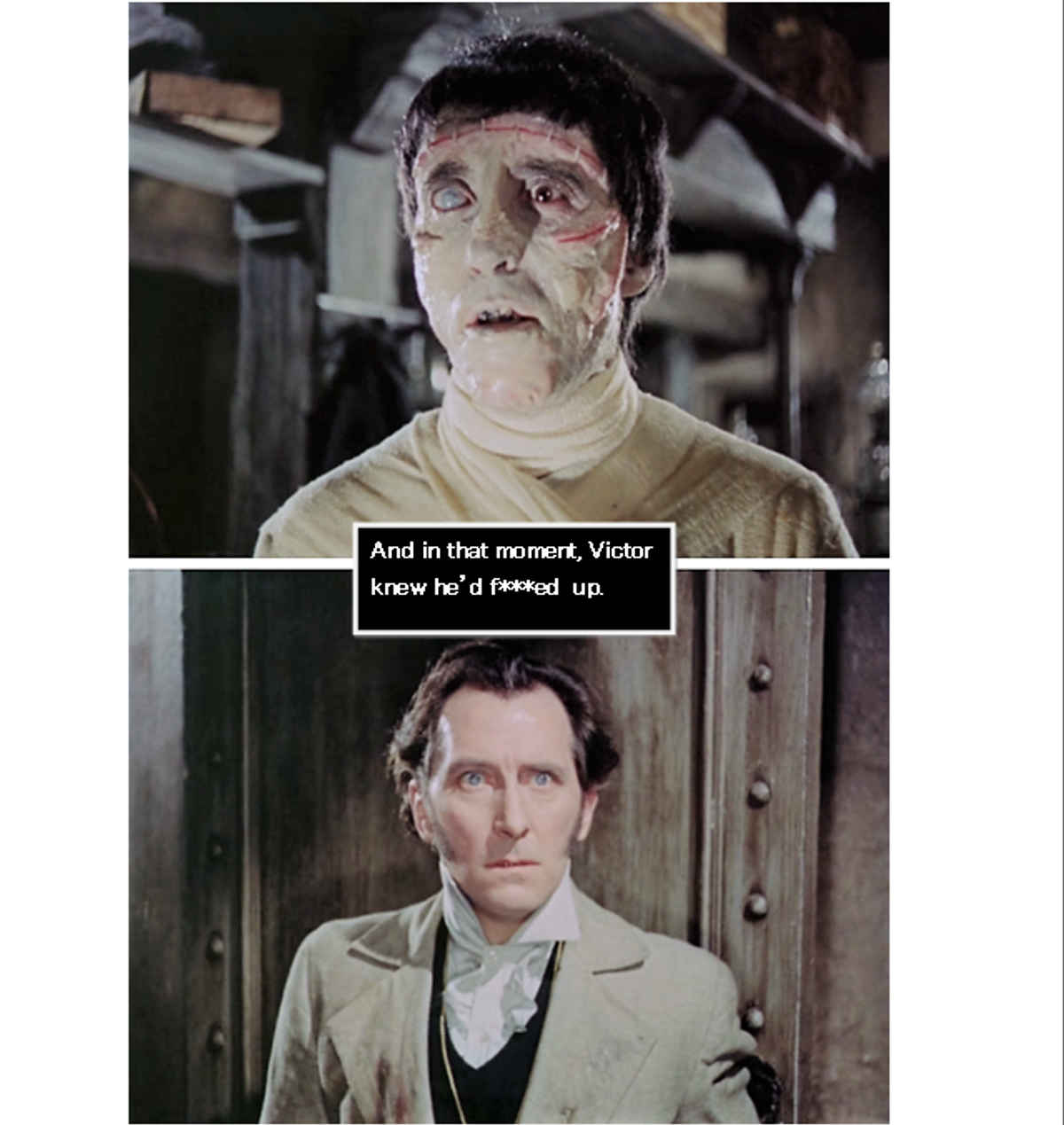 My Screenshot off my Tumblr

All right so I had to read Mary Shelley's Frankenstein recently for class. I had read it before because I was on an actor kick a few years ago. Totally unrelated, but I am once again on the actor kick that triggered my first reading of the novel. It happens every year around this time too, but I digress. While reading Shelley's work this time around I read the novel specifically to make fun of Victor Frankenstein. Let me just say this is the best way to read the novel as he is a terrible person, but one that I love because he is so terrible. As a result I have compiled a bit of a short list of why Frankenstein is actually such a trashcan of a him being. It is not at all complete as I could go on forever about the poor man, but I will refrain from doing so right now. Instead please enjoy this list of just some of the reasons why Victor Frankenstein is really garbage.

1. Victor is an arrogant bastard who thinks he is too good for school. The man literally only goes to school for two years before going, "I know more than all of you, deuces!" I mean, really Victor? Go back to school you dweeb, please.

2. Victor is a big ol' chicken! What's the first thing he does after creating his Creature? He RUNS AWAY!! After achieving the seemingly impossible and creating new life he runs away. He performs the biggest NOPE I have ever read. The scene goes like this, no joke:

3. The man is terrible at hide'n'seek. After running away from his creature like the pansy he is he goes back to his residence. Idiot! I mean it's not like your Creature is gonna follow you back right? No! Of course not!

4. Victor believes that sleeping will make his problems go away. Yes, after fleeing back to his residence Victor promptly collapses into bed. Way to deal with your problems dude. Let me tell you it doesn't work. The problems are still there and still very real, just like your Creature.

5. Frankenstein is the worst father on the planet. By creating life he is a father. His Creature is his little boy. Like for real, when the Creature is brought to life it is a newborn! It, he, because he is a dude as well, needs guidance. Victor though is too scared to even provide that much. Legit their whole dynamic is this:

6. Victor is also a self-centered ass who thinks everything is about him. The dude believes for the longest time that just because the Creature has killed those around him that he is the victim to die when the Creature tells him that he will be with him on his wedding night. Nowhere does it enter into Victor's mind that someone else may be the victim. Like c'mon Victor, use your brains that you're so proud of and actually think. The Creature has made no attempt on your life, only those around you! God he's so stupid.

But these are but a small number of reasons why Victor Frankenstein is the Trash King of my heart. He is a terrible person, I will admit, but it's because he is so terrible that I love him. He's pathetic and needs help. He also needs to go outside because all he does is lock himself away to work or wallow in his misery. Either way though, no matter how much like actual garbage Victor is the novel itself is brilliant and I highly recommend it. Read it if you haven't or not, do whatever. If you do read it please consider reading it just specifically to ridicule Victor. It'll be fun, trust me.