Florida, Today We Mourn But Tomorrow We Rise

The country is truly divided. 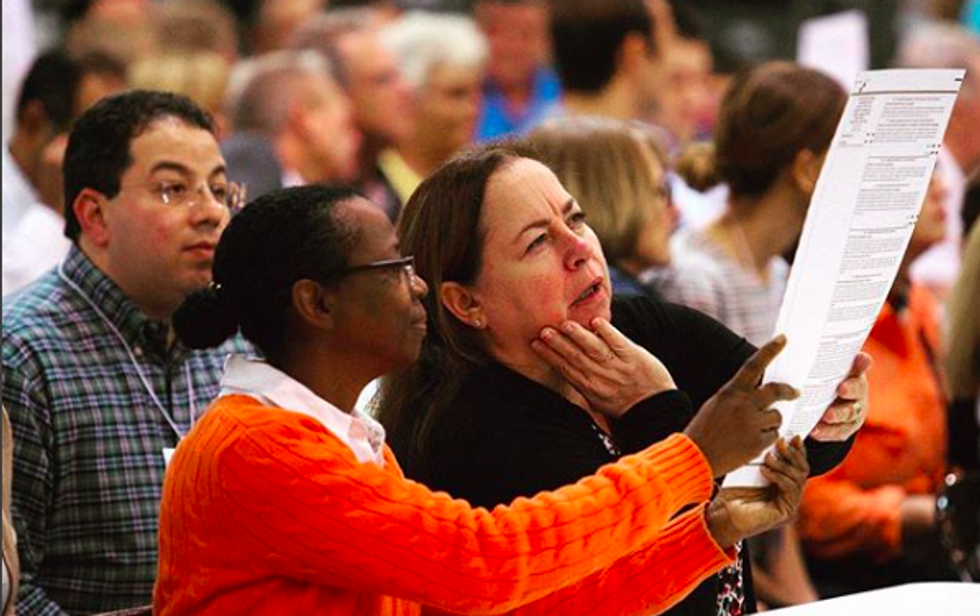 We all sat down Tuesday, November 2018 for our midterm election. Waiting at the end of our seat for the results of the Florida Governor and the Senate and House seats. While all Floridians were stressed eating or drinking others couldn't help but start pacing as the results slowly trickled in.

The final results: Ron Desantis with 49.7% of the votes while Andrew Gillum with 49%. Twitter had a lot to say about this race for Florida. While some were for it, 49% of Florida was not having it.

Andrew Gillum ran a fair race, he ran with integrity, and with respect. While Ron Desantis showed a commercial teaching his daughter to build a wall so she won't get "hurt". This is the person that Florida decided to have as Governor? The man who thinks teaching a child to speak is holding up a "Make America Great Again" poster and telling a young impressionable little girl that this what it means to be an American?

Ron DeSantis has released an ad indoctrinating his children into Trumpism www.youtube.com

Yes, Florida is divided just like every other state in our country, but do not complain about the disarray of things if you failed to:

a. take the initiative in being proactive about our country

b. If you didn't take the 11 minutes it takes to go vote

c. If you didn't bother to remind people that our voices matter and we shall be heard no matter what

d. If you failed to fight for our rights (which is a state right)

I was rooting heavily for Andrew Gillum and not the man who lied, cheated, and kissed Donald trumps ass, so hard that I'm sure he got some of Trumps Ass Juice in his mouth, the whole race.

Florida, specifically those who are mourning for our nation, it is okay to cry and be angry. But, just remember, tomorrow we rise and fight harder.

elections
Report this Content
This article has not been reviewed by Odyssey HQ and solely reflects the ideas and opinions of the creator.