It's Not Always Black And White: Biracial Narratives In TV

It's Not Always Black And White: Biracial Narratives In TV

It is refreshing to see more and more shows and movies are depicting biracial narratives. 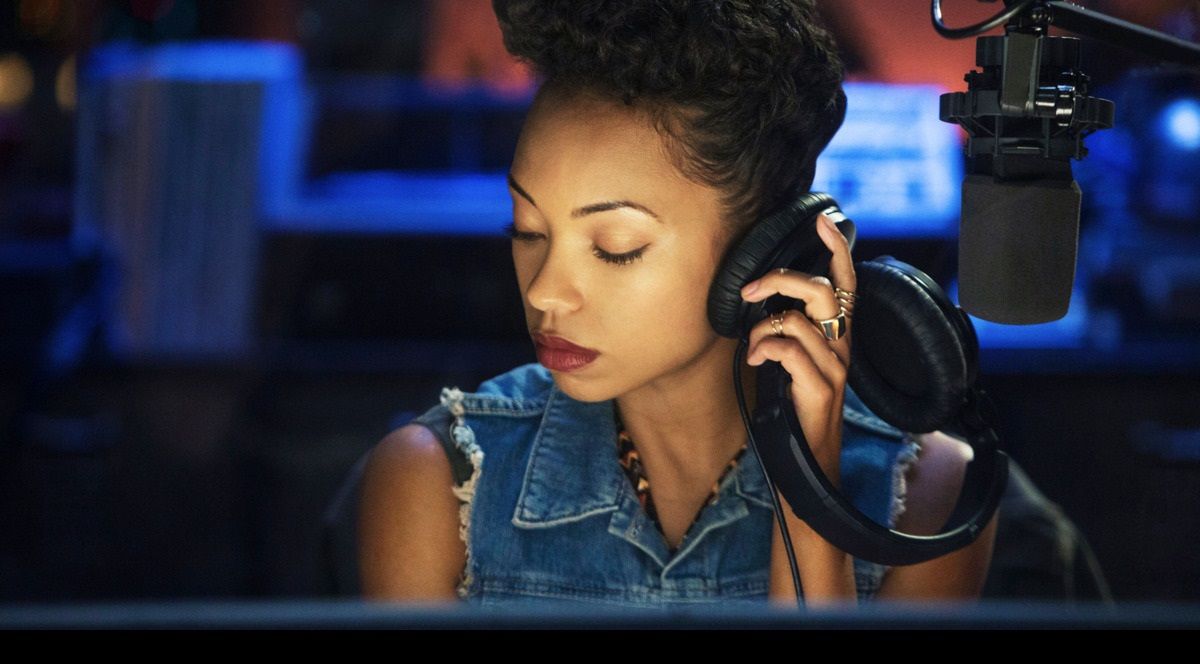 We usually talk about race as if it’s merely black people and white people. Often the critique is, what about if you’re neither? A question asked much less often is: "Well, what if you’re both?" Up until recently, there was little to be said about being biracial or mixed race in TV and movies. But there is so much complexity there as well.

There is a subtle moment in "Dear White People" when biracial main character Sam White changes her music to hip hop as she strolls past a group of black girls on campus. There is an equally subtle moment when Jerrod Carmichael’s biracial girlfriend Amber asks him if the classic Biggy song he is listening to is a new song on “The Carmichael Show.” These moments might be missed entirely, or merely chuckled at, but they are slight nods to what it means to constantly be bargaining one’s identity.

Both shows are largely about blackness, and the experience of black people. But they also both seem to suggest the remnants of the ‘one-drop rule,’ where any bit of blackness largely means acceptance into the black community, and exclusion from the white community. Of course, there are layers to this. At one point, Sam’s friend Joelle makes a comment likening Sam to a “Tracie Ellis Ross” (left in image below) rather than a “Rashida Jones.” (right)

It is impossible to talk about being biracial without talking about “enoughness.” Tracie Ellis Ross is arguably “black enough” to live her life as a black woman, with all the trials and tribulations that come with that. Her role in TV show "Black-ish" is also of a mixed race character, but blackness is the focal point of the show. Rashida Jones is “white enough” to occupy the territory of racial ambiguity, which is often played up in Leslie Knope’s puns about Ann Perkin’s beauty in "Parks and Recreation."

On the one hand, there is the question of what it means to be black and not look it. The ability to pass as white in social settings has its privileges, but it, too, poses its challenges. In a teenVogue article by Sarah Heikkinen, she says, “When you picture a young black woman, I am not the first image that comes to mind. And yet, my blackness, and my mother’s blackness, is something I identify with very, very much. It’s a part of who I am, and it always will be. I wasn’t raised to dismiss my whiteness or my blackness — I was raised knowing and loving that I was both. But still, I’ve always had a lot of trouble with the fear that I will never be black enough. Or, just enough.”

On the other hand, what does it mean to be black and white but have your whiteness dismissed? Or be white and not have the immediate white privilege? Both Barry and Southside With You, two movies about young Barack Obama, touch upon this as well. Young Obama didn’t seem comfortable with either his white friends or his black friends. Even though the movies don’t cover his time in office, the narrative of him being the “First Black President” comes at the cost of erasing his whiteness. In a lot of ways, it disregards the white woman who raised him.

Let’s not forget the way mixed race was viewed in the past. Both the movie Loving and the documentary that came before it highlights the structural barriers set in place to prevent these types of unions. They called it “miscegenation.” They made that type of love illegal. Today, this mentality persists more subtly. It’s in the microaggressions: “oreos” and “uh oh oreos.” It is in the statement that “there’s nothing wrong with it, it’s just not for me.” The reality is that about 7 percent of American families identify as multiracial. There is research that has been done breaking down who is more or less likely to marry outside of their ethnicity, and as recently as 2013, 12 percent of newlyweds were interracial couples.

It seems like television and movies are starting to depict some of these narratives. “Little Boxes,” “Dear White People,” and “The Carmichael Show” are TV shows working towards this. Barry and Southside With You are the movies telling Obama’s story but also the story of biracial young adults struggling to understand and make sense of their identity.

All of these cover strictly black and white biracial narratives. But there are many variations of biracial. For example, A Weekend with the Family stars Karrueche Tran, a black and Asian woman (in the movie and real life) who brings home her black boyfriend to meet her family. This is just the beginning of emerging narratives, and what it means to have twice as much culture, but half the acceptance.