Fighting Inequality with a Career in Social Work

Fighting Inequality with a Career in Social Work

Change is slow, but it can happen—with the help of determined and resourceful social workers. 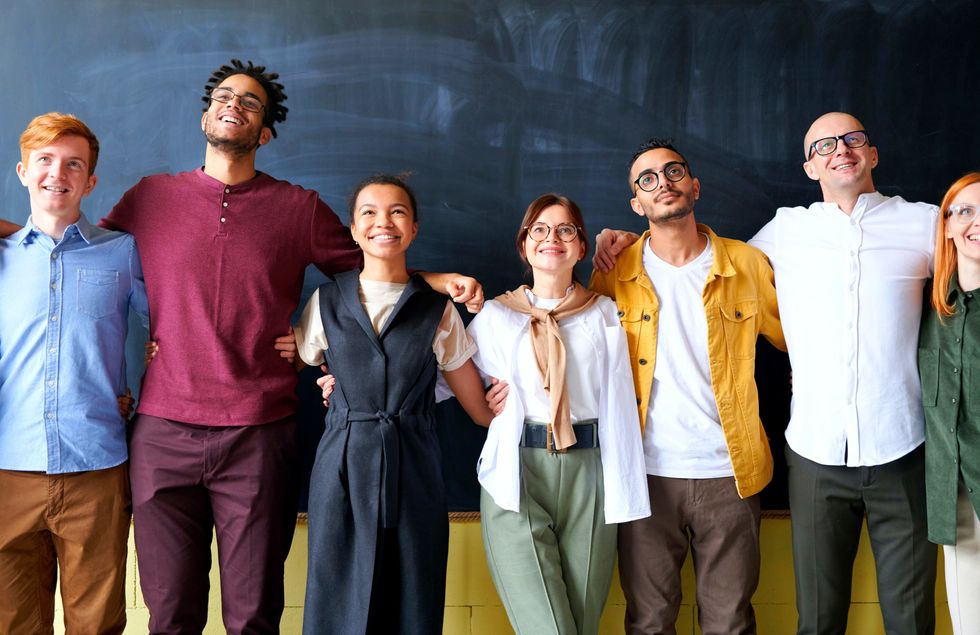 Unfortunately, we continue to live in a world that is full of inequality. Depending on where a person is born, the color of their skin, and their access to economic and educational opportunities, life will be more or less challenging.

It isn't fair that some people have to work harder for everything they get, and it's important that we continually advocate for equal rights to build a better world. If you're passionate about promoting equality, then you can make a difference by pursuing a career in a field like social work. Social workers fight every day for the rights of underprivileged people.

Understanding the Importance of Equality

Although inequitable systems have been the norm throughout human history, we know just how powerful equality can be. People at the top of inequitable systems fight to maintain the status quo, but it's clear that everyone benefits in a more equal society.

If we focus on creating true equality, then we will start to see some incredible changes in society. Equality helps not only to improve the wellbeing of individuals and the larger community, but it also boosts the economy and reduces crime.

To build a society where people can thrive, we have to ensure that all citizens have access to a high-quality education, adequate resources, and opportunities to contribute to the collective decision-making process. People need to be involved in building their own future, which is where social workers can help.

Social Workers Have a Long History of Fighting Inequality

Social work is a relatively new field in the United States, but it was built on a foundation of fighting for equality. Back in the late 1800s, some people noticed that although the United States was growing prosperous, many lived in poverty, even as they worked to run the factories and other economic powerhouses of the Industrial Revolution.

By 1900, social work had become a career path, and professionals began working with families struggling with economic hardship and other problems. During the Great Depression, social workers were instrumental in helping families as they fought for their survival. As the century progressed, social workers were involved in creating important changes supporting equality.

Without the passion and determination of early social workers, we might not have many of the protections we take for granted today. Social workers helped to make Medicare and Medicaid, unemployment and disability benefits, Social Security, and civil rights advancements a reality. Social workers have always worked on behalf of underserved populations, including people living in poverty, those with disabilities, and people struggling with their mental health.

Since the colonization of the United States, systemic racism has kept many people of color, and particularly Black people, from enjoying the safety and freedom our nation has extended to White people. The Black Lives Matter movement exists because although slavery ended in the 1800s, Black men and women are discriminated against, incarcerated, and killed by police officers. Black communities are often underserved and kept in a cycle of poverty.

Today, the movement continues to gain traction and social workers will likely play an important role in improving equality for Black Americans in the future. With calls from activists to defund or abolish the police to stop the senseless killings of Black Americans, social workers may be able to step in and provide support in situations requiring de-escalation and mental health intervention. Police responding to these calls often resort to violence, and bringing in social workers instead could help to safely promote equality and reduce violence against people of color.

Looking to Fight Inequality? There Are a Ton of Social Work Careers For You!

If you're outraged by the level of inequality that exists in our society, then you might want to consider putting that frustration to good use. There are tons of different career paths in social work that can allow you to fight inequality and help people live better lives.

Social work is a challenging career path, but it can also be extremely rewarding. If you're passionate about ensuring that everyone has access to the support and resources they need to thrive, then you might find that working with underprivileged communities is a perfect fit for your skills and values. Change is slow, but it can happen—with the help of determined and resourceful social workers.