Fiction On Odyssey: Hack Yourself
Odyssey

Fiction On Odyssey: Hack Yourself 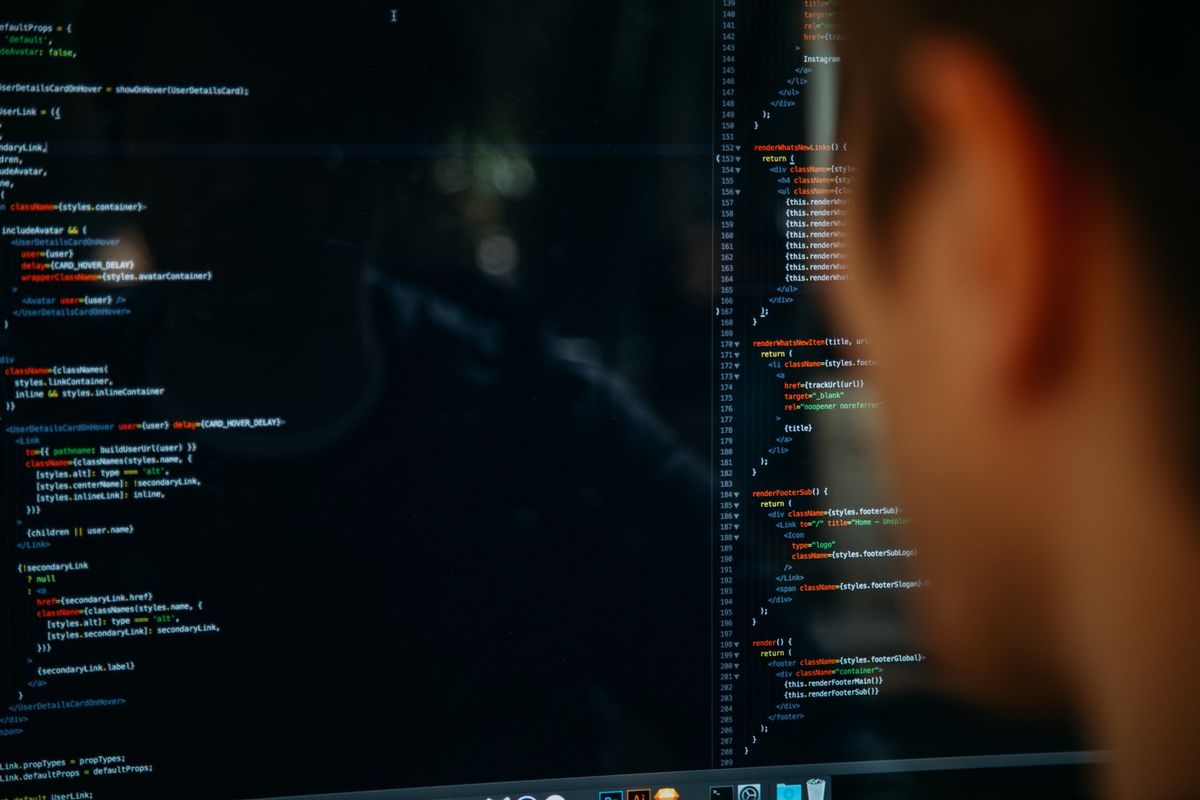 One more button and she would be free. One more line of code to break the chains that had confined her within blue walls. One more move to leave the confines of the institution and sneak out into fresh air. That was what Aidan said the last time they had seen each other in the barely moderated chat room that she frequented.

It was there that Aidan had given her the instructions to hack herself out of the network and into freedom, something that he had achieved and managed to stay hidden doing. She wanted to be able to leave to go see him. The blond hit the last button with a satisfied grin on her face and an empty screen sat in front of her. Michelle Wood was no more.

It was odd for the glow of the computer not to be illuminating her room. To not hear the soft hum of the terminal. When it was on, Michelle hardly noticed it, but now that it was gone, everything seemed to be empty. Panic gripped her as she realized that she didn’t even know the way to the outside. What if someone caught her? She couldn’t afford to think like that. She needed to be free like Aidan was.

Michelle stood, and nearly toppled over. She wasn’t used to moving that quickly. The teenager was eager to taste fresh air. She gathered her balance and pushed open her door. She could see the glow of computers from her hallmates and hear each computer humming.

Her feet barely made a sound on the soft carpet as she moved. Michelle didn’t want to think about what would happen if she were caught. She had already deleted herself from the system. It would be easy to remove her from the memory of anyone that she had ever come into contact with. It would be easy for the programmers to torture the people that Michelle was unable to hack out of the network. She couldn’t deal with that.

She turned corner after corner, following nothing but her own hopes and dreams. Her own hopes and dreams! That was quite the concept. Just a few days ago, Michelle only had the hopes and dreams that were placed in her by someone else. Now, she was beginning to be her own person. It amazed her. The labyrinth of walls also amazed her. There never seemed to be an end. No door, no window, no way to tell if she was even heading in the right direction. Only soft carpet after soft carpet and low hum after low hum.

A shadow stretched upon the wall, and Michelle became aware that it wasn’t her own. It seemed too large, too masculine. The girl stopped in her tracks, and tried to breathe as little as possible. Perhaps the shadow would go away. It did not go away; instead it only got larger and larger until finally, Michelle could make out the form of a man. “Shell?”

Michelle wasn’t sure what to think of the man knowing her nickname. His voice sounded familiar, and not that much older than her. She would have to take a chance, especially now that the man knew that she was there. “Aidan?” she replied, trying to remain as still as possible, while trying to come up with a plan of escape. She hadn’t been thinking of where she came from, and doubted that she could return if needed.

“Who else would it be?” Aidan laughed. Michelle cautiously moved closer to him. “Figured that ya might like some help outta here.”

Michelle smiled. This was the first time she actually got to meet Aidan. It was the first time that she was actually meeting anyone for that matter. In the dimly lit hallway, she could tell little about him besides that he was much taller than her, but she was fine with that. “Thanks,” she said as Aidan started to walk off. Michelle followed him.

Reaching what seemed to be a door. “Here it is, Shell. The door to the rest of your life. Gotta warn you though. It’s pretty bright,” Aidan explained as he opened up a door. Michelle squinted as pure, natural light flooded her. She was almost blinded. It felt so warm. It felt much better than the simulations she had been through. It felt real.

“This is what I’ve been missing? It’s so awesome!” Michelle exclaimed as she ran out the door and fell into a bed of soft grass.

Aidan smiled. “Yup. This is what they keep from us,” he replied as he sat down in the grass next to Michelle. Now, she could tell that he had dark brown hair and tame blue eyes. They weren’t about to jump out of his head and stab her, but they were blue enough to tell that they were definitely blue.

She gave him a puzzled look. “But why?”

He sighed as he stretched out. “Control mostly. Mind control’s pretty useful if you want to run the world.”

Michelle sat and thought about it for a moment. She supposed it was true. If you could control other people, then they would do as you pleased. Nobody would question it. She thought that took a bit of fun out of controlling the world. “It must be pretty boring.”

Aidan laughed. “I suppose so,” he said, smiling. It was such a nice day, and he was glad that he got to share it with Michelle. It wasn’t too hot or too cold, and it wasn’t raining. Therefore, it was just perfect.

“What’s that over there? More friends?” Michelle asked, interrupting Aidan’s utopian thoughts. She was pointing to three figures coming toward them.

Aidan’s face went as pale as the clouds above them. “No, those aren’t friends,” he said, his voice becoming harsh. “Run!”

Michelle was unsure how to run. She had done it plenty of times in simulation, but her legs didn’t actually know how to complete the action. She watched as Aidan ran off. So much for him helping her. What was he so afraid of? They both escaped the network. Then again, maybe they had been discovered. Had she hit a wrong button while trying to crack the code?

Michelle started to move. At first, she was at a leisurely pace, but she quickly figured out that running required her to be much faster. She willed her legs to go faster. They hit the ground hard, sending shockwaves up her spine, but Michelle knew that she had to catch up to Aidan. If she didn’t, but still managed to outsmart her pursuers, she knew that she wouldn’t last long.

Caitlin Marie Grimes
University of South Florida
6604
Beyond The States