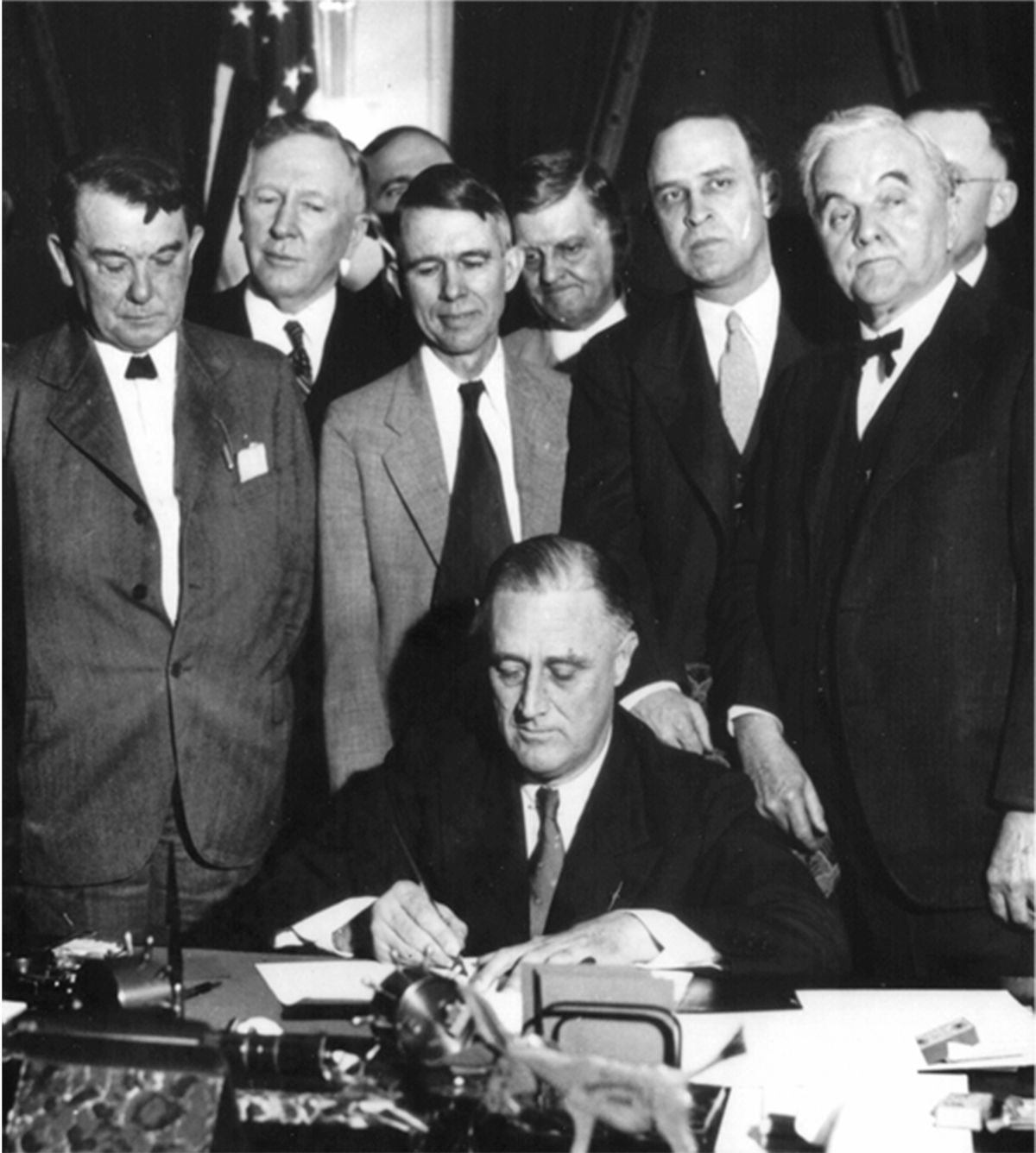 After World War I, America’s economy flourished with the rise of new inventions like radios and automobiles, leading to consumerism. In the Roaring 20s, social changes included the rise of a middle class and flappers. After women gained the right to vote in the 19th Amendment, flappers challenged traditional gender roles by expressing themselves through fashion. In the Jazz Age, the Harlem Renaissance mainstreamed African American culture with new styles of music and literature. Sports like baseball also became popular through mass media. However, overproduction in the agriculture and manufacturing industries, low factory wages, war reparations and stock market speculation eventually caused the stock market to crash on Black Tuesday, triggering the Great Depression.

When the stock market crashed in 1929, bank runs — when customers simultaneously withdraw their funds — occurred. This caused many financial institutions to fail, so families lost all their savings. After Roosevelt became President, he declared a bank holiday that kept all banks closed until they were solvent. After banks reopened, Americans rushed to deposit money into their accounts. Not only did this stop bank panics and kept citizens' money safe, but it also quickly restored public confidence in the banking system.

The Federal Emergency Relief Administration (FERA) provided short-term relief by creating jobs in construction, agriculture and manufacturing industries. This decreased unemployment by putting about 20 million people back to work. Since unemployed Americans regained their source of income, they were able to provide for their families again. The Public Works Administration (PWA) funded the construction of numerous projects including hospitals, airports, schools, roads, etc. This temporarily stabilized consumer buying power by providing employment and allowing families to afford basic needs like food and clothing.

Long-term financial reforms were implemented to avoid another crisis.

Moreover, if fraudulent companies failed to provide accurate information, investors would be vulnerable to financial losses. The Glass–Stegall Banking Act forbade banks from investing in the stock market and created the Federal Deposit Insurance Corporation (FDIC) which insured individual bank accounts for up to $5,000. This assured bank customers that their money was secure in the event of a bank failure. The progressive Revenue Act of 1935 increased taxes on corporations and the wealthy elite, which allowed the federal government to fund costly expensive public works programs.

Despite that, FDR's New Deal programs hurt America's economy and failed to end the Great Depression.

The National Industrial Recovery Act (NIRA) established the National Recovery Administration (NRA), which banned child labor, established standard working hours and set prices. Instead of boosting the economy, however, the NRA diminished innovation and competition. Competition drives economic growth because it decreases prices, making products affordable to consumers. It also encourages companies to improve the quality of their products, increasing employment. Furthermore, prices should have been set by the market (depending on supply and demand) instead of the federal government. Fixed prices eventually led to shortages and/or surpluses which further deteriorated the economy.

In the Agricultural Adjustment Act (AAA), the federal government paid farmers to reduce crop supply and increase farm prices. In order to enforce this piece of legislation, crops were destroyed and livestock was slaughtered. The federal government should have given this food to the needy to eliminate widespread hunger and malnutrition in America. The AAA worsened the economy and increased unemployment because people who worked in farms (poor African American sharecroppers) lost their jobs when crop production decreased.

The government set low prices for wheat and cotton, resulting in overproduction of specific crops and the underproduction of other agricultural products. This became an endless cycle; farmers produced too many crops that consumers could not afford, prices fell (not covering the cost of production), causing a decline in revenue and farmers fired their workers because they could not pay them.

The Tennessee Valley Authority (TVA) controlled floods by building dams, prevented soil erosion, created lakes with fish to attract tourists and provided cheap hydroelectricity. Although the TVA created jobs and improved the environment, it displaced many families and only focused on the economic development of southern sates including Alabama, Georgia, North Carolina, Kentucky, Mississippi and Virginia. On top of that, the TVA hurt power companies by providing cheaper electricity.

We Are a Human Race, Not A Political Race

It is time to we stop spreading our culture of hate.

Hate is a word that has begun to describe this generation and the actions of people in the world. Hate has crept into public speeches, social media, hanging presidents/decapitated heads and our hearts. It has blinded how we see one another and tainted the words we use to talk to others. Political parties are turning into cat fights over who is right and frankly ruining any chance of unity in this country.