I Got a New Phone and Now I'm Walking Funny

I Got A New Phone And Now I'm Walking Funny

A story about my recent exploits at the Verizon store. 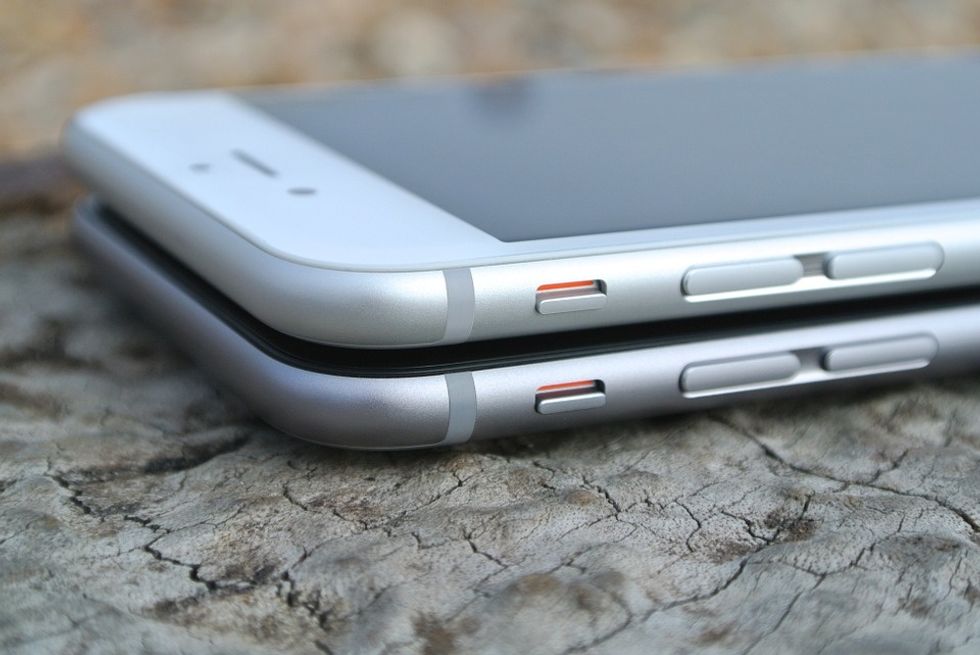 My mother is a frugal woman. This explains why she was using an iPhone 5s long after the screen began peeling away from the phone. There was this crack of light coming out of it that made me think there was a digital Narnia hidden inside…

Mom made a profound sacrifice. She agreed to take my phone, thus freeing me to get a brand new one. I think she wanted to give me the opportunity to lead a better life than she did…plus, our plan allowed for a free upgrade, so you know…practical…

In order to get the new phone, however, we had to enter the Temple of Sodomy: The Verizon Store. I considered dropping my pants in the parking lot to save time but realized it would make walking difficult.

We entered and a flock of red-clad employees lifted their heads like a bunch of meercats. One approached us, and my mother and I inadvertently clenched our butt cheeks.

"Hey ladies! How can I help you?" he smiled.

Drop your pants, Mara. Be efficient.

Mom launched into our plan with a forceful tone: switch my phone over to her, and get me an iPhone 7. Simple. Chad grimaced (I forget his name, but it was probably something along the lines of Chad).

"If you don't mind me asking, why are you interested in the 7?" he asked. Because I'm on the crack, Chad. The intimacy of the question made me want to laugh. It was the same tone you'd hear from a guy talking to his knocked up girlfriend: "Is it…is it mine???"

This has got to be one of the worst parts about phone shopping. No matter what you ask for, the Chads of the world are going to have a problem with it. Sure enough, Chad started spouting all these issues with the iPhone 7 (apparently it's haunted or something). He immediately shifted the conversation to the iPhone 8…very clever, I didn't suspect a thing.

This is when Chad broke eye contact. "Um yeah, I guess…" he admitted, suddenly very fixated on the drop ceiling, "But you get so much more with it…" He then rattled off a list of features that I couldn't care less about. At no time did he mention that it had a built-in jetpack or tampon dispenser.

It was then that I saw a light bulb go off behind Chad's beady little eyes.

What I loved about that moment was that he suddenly realized that the 7 was out of stock without even checking the stock room. It was as if he sensed it in the force. It suddenly became clear that Chad had powers far beyond my wildest imagination.

"I know, I am so sorry." His lips curled in victory. I cast my mom a look, but resignation had already washed over her face. The end was near. I turned to Chad and nodded.

Chad dashed into the back to get my iPhone 8 creating a red blur.

He returned and began the process of placing SIM cards in both my new and old phone. Fifteen minutes went by before Chad realized he place the wrong cards in the wrong phones. I began authoring Chad's memoir in my head…After an unsuccessful stint with the bomb squad, Chad turned to a career with Verizon Wireless…

At last, everyone had the correct SIM cards and we were free to go…much lighter without our dignity.

But seriously, the camera on this thing is unbelievable!