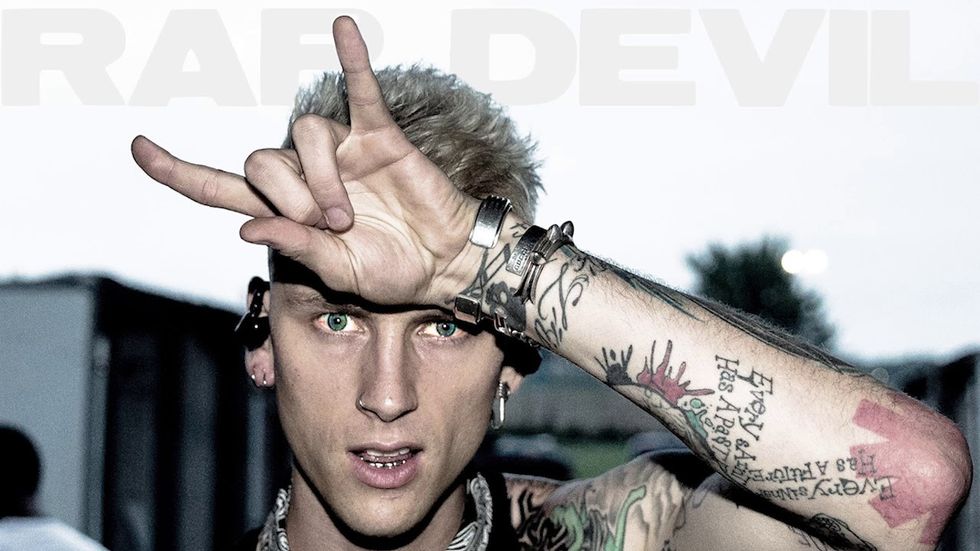 Rap music is by far one of the most unique genres of music. Its impact on modern culture is undeniable. One of the biggest parts of hip-hop has been feuds between artists. Nas vs Jay Z, Ice Cube vs NWA, Tupac vs Biggie, all of these feuds have had a lasting impact on the culture of hip-hop and have produced some classic songs. Feuds are healthy for the music and help to propel other artists to new heights. Hip Hop music hasn't had any significant feuds in years, the last one being Drake and The Game going after Meek Mill in two of the best diss tracks of the century. It seems, however, that most artists prefer to take shots on Instagram, but never really make an attack; *cough* 6ix9ine *cough*.

This changed, however, when Eminem decided to drop 'Kamikaze' earlier this month, in a surprise release that shocked the world. In the wake of the bombshell that was 'Revival', Eminem needed to make an impact, and that's exactly what he did. Songs like "Lucky You" featuring Joyner Lucas and "Not Alike" reminded the rap community who Eminem is, and that's someone who truly, and unapologetically, does not have a fuck to give.

While artists like Lil Xan and Lil Pump took getting dissed by Eminem as a right of passage, one artist was not as honored. Machine Gun Kelly seemed to be pumped when the album came out, a video on Instagram shows him popping a bottle of champagne while the verse Eminem used to diss him plays in the background. However, seemingly out of nowhere, MGK dropped "Rap Devil", a 4:45 song where the Cleveland rapper decides to go straight for Eminem's throat.

Before we go any further, I think it's important to know how this got started. In 2012, MGK posted on Twitter that Eminem's daughter Hailie was "hot as fuck, but in the most respectful way because Em is king". MGK was 21 years old at the time, and Hailie was 16. Whatever way MGK meant it, the tweet is considered extremely cringy and got MGK in some trouble. He was allegedly banned from 'Shade 45' and went on an entire press run talking about how he was banned. But for the past few years, things seemed quiet, until they weren't.

Machine Gun Kelly decided to take some subliminal shots at Eminem on Tech N9ne's song "No Reason", and as Eminem said in a recent interview, that's when he decided that he "needed to answer this motherfucker". After MGK dropped 'Rap Devil', people were speculating whether or not Eminem would even bother to respond. He has nothing to prove, MGK even acknowledges that Eminem is the GOAT (Greatest Of All Time) in his song twice. Then he dropped 'Kill Shot', and the internet lost its mind.

Where MGK took some VERY disrespectful shots at Eminem, Eminem responded with clever lyricism. With mixed reviews on both songs, it's debatable on who won the feud. Well, I'm here to tell you who won... everyone won.

This may seem like a stupid response, but hear me out. Both artists were coming off not so successful albums (MGK's 'Bloom' and Eminem's 'Revival'), and both artists needed a boost. MGK now has a #1 single and a ton of buzz in anticipation of his EP 'Binge'. And Eminem? Well, Eminem has solidified his place as the greatest rapper alive, and someone who is not to be messed with. And we the listeners win because we get to hear two great artists compete against one another.

rap
Report this Content
This article has not been reviewed by Odyssey HQ and solely reflects the ideas and opinions of the creator.