Summer may be over, but movie season is just beginning! 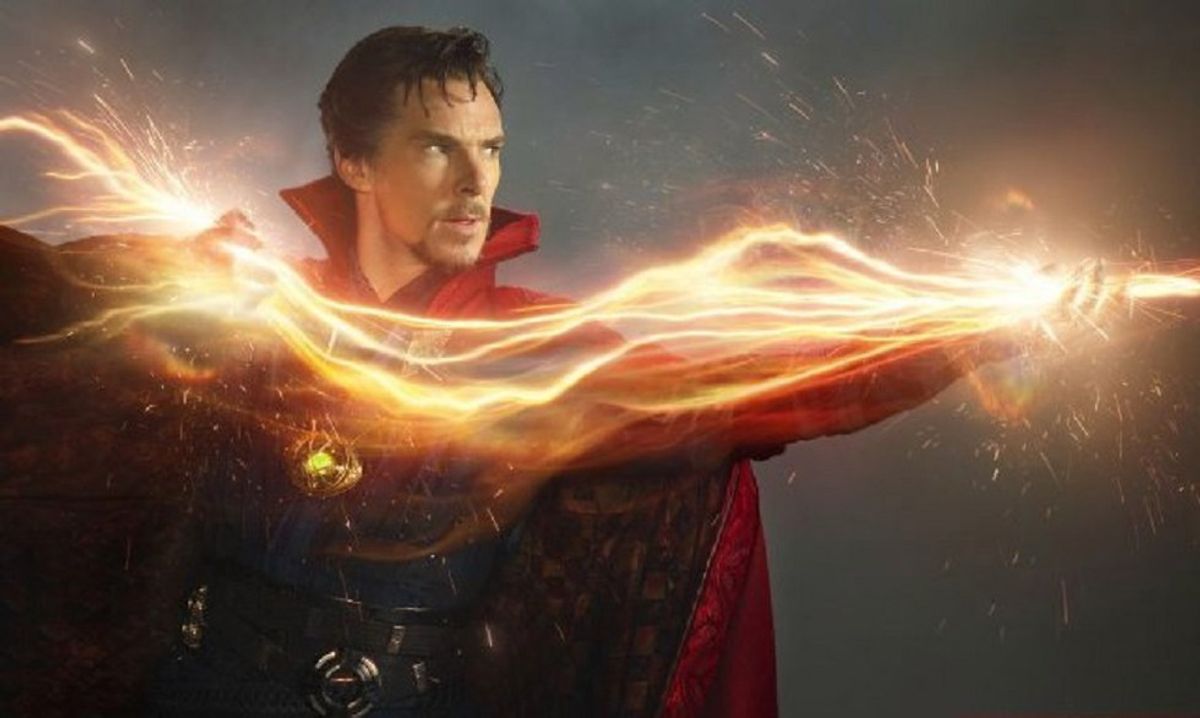 As a ridiculously-obsessed movie fan, I’m always looking ahead to see what films are going to be hitting theaters in the future. I’ll be honest, I’m already pumped for what 2017 has to offer ("Star Wars: Episode VIII" and "Guardians of the Galaxy Vol. 2"!!!), but that doesn’t mean there aren’t any notable flicks coming out for the rest of the year. While there have already been some big hits ("Captain America: Civil War" and "Finding Dory") in 2016, there were also a lot of embarrassing flops ("Batman V. Superman" and "Warcraft"), so you have every right to be hesitant before purchasing a movie ticket these days. However, to help you out in deciding what to see this fall, I’m going to list eight movies that I believe will be worth seeing.

Tim Burton, who directed '80's and '90's classics like "Beetlejuice" and "Edward Scissorhands," has been on a bit of a cold streak lately, whiffing on films like "Dark Shadows" and "Alice Through the Looking Glass," which he produced. However, "Miss Peregine's Home for Peculiar Children" appears to be the perfect story for Burton to implement his gothic, bizarre tones in movies. The film, based on the 2011 book, is about an orphanage filled with children that have strange and weird powers. Eva Green, a former "Bond Girl" and star of the television show "Penny Dreadful," will play the lead role of... yes, you guessed it, Miss Peregrine. 19-year-old actor Asa Butterfield, who almost landed the role of Spider-Man, will also be starring in Burton's film. "Miss Peregrine" will hit theaters September 30, so you won't have to wait to long to see this one.

Sci-fi movies that explore the possibility of alien life can be stunning successes if they're done right, and based on its first trailer, "Arrival" could be a huge hit. The movie appears to be about an expert linguist (Amy Adams) trying to learn the language of an alien race that has mysteriously come to Earth. If you liked Christopher Nolan's "Interstellar," it looks like "Arrival" could have some similar tones in it, so it should be worth seeing when it comes out on November 11.

My last two movies will be featuring two of the best current leading ladies, but I believe Emily Blunt trumps both Green and Adams when it comes to acting. Formerly in "Edge of Tomorrow" and 2015's "Sicario" (which a movie you need to see if you haven't already), Blunt is sure to get some Oscar buzz in this novel-based mystery/thriller. She'll also be joined by a slew of noteworthy actors, such as Rebecca Ferguson ("Mission Impossible: Rogue Nation"), Allison Janney ("Mom"), Luke Evans ("The Hobbit Trilogy"), and Lisa Kudrow ("Friends"). Based on Blunt alone, I seriously recommend you see this movie because her stoic, yet honest facial expressions is able to pull just about any human being with a soul into her films.

These days, any comedy that doesn't feature Seth Rogen usually doesn't pan out well, but this one stars Walter White himself, Bryan Cranston. If you've seen Cranston in anything outside of "Breaking Bad," you know that he has a great sense of humor and can land a joke whenever need be. He'll be joined by James Franco, who will be playing Cranston's daughter's awkward boyfriend in the movie. If that isn't enough for you to go see this movie, which comes out on Christmas Day, then I'm wasting my time talking to you.

This is a Marvel movie...end of story. For those of you still unconvinced, "Doctor Strange" is a superhero that relies heavily on sorcery and magic, which isn't anything we've seen in a superhero movie outside of Scarlet Witch. What's more is that he'll be played by the incredible Benedict Cumberbatch, who's probably a better actor than anyone else currently playing a superhero (sorry, Robert Downey Jr.). Think of this film as a combination between "Inception" and the final Harry Potter movie, which sounds totally awesome.

6. "Fantastic Beasts and Where to Find Them"

Speaking of Harry Potter, it's no surprise that Warner Brothers wants to continue making films based in the Wizarding World since they captured the imagination of an entire generation. As someone that only read the first three books, I'm excited about "Fantastic Beasts" not only because it doesn't have much to do with Harry Potter, but it will also because it's set in 1926 in New York City. I hope this film, starring Academy Award Winner Eddie Redmayne, expands this universe large enough so we can continue to see wizard movies with different characters and plots (similar to what Marvel is doing). I just hope that J.K. Rowling doesn't get hand cramps anytime soon.

Disney Animation has been killing it recently, giving us movies like "Tangled," "Frozen" and "Zootopia." "Moana" is set in the South Pacific and will have Dwayne Johnson (my current favorite actor) voicing a demigod named Maui. Based on what I've seen so far, this looks to be a fun, yet extremely emotional film, which is something that is featured in pretty much every animated Disney movie. Also, for all you fans of the play "Hamilton," the music in Moana was co-written by Lin-Manuel Miranda, so hopefully "Let It Go" will finally get stuck out of your head.

Yes, I'm a little biased since I'm a devout Star Wars nerd, but I promise you that you're going to want to see this one. As the first live-action Star Wars spin-off, "Rogue One" is set right before the events of "A New Hope," so don't expect to see Finn or Rey anytime soon. However, like "The Force Awakens," "Rogue One" will also feature a bad-ass woman in the lead role, who'll be played by Felicity Jones. We'll also get a cameo of Darth Vader, voiced once again by the legendary James Earl Jones. There might not be many lightsabers or uses of The Force in this movie, but this is surely going to give fans a different -- and hopefully satisfactory -- view of the Star Wars universe.