Drama on Odyssey: A Hidden Gem

Drama on Odyssey: A Hidden Gem

When the previous tenant was a gangster... Who knows what you can find in your home? 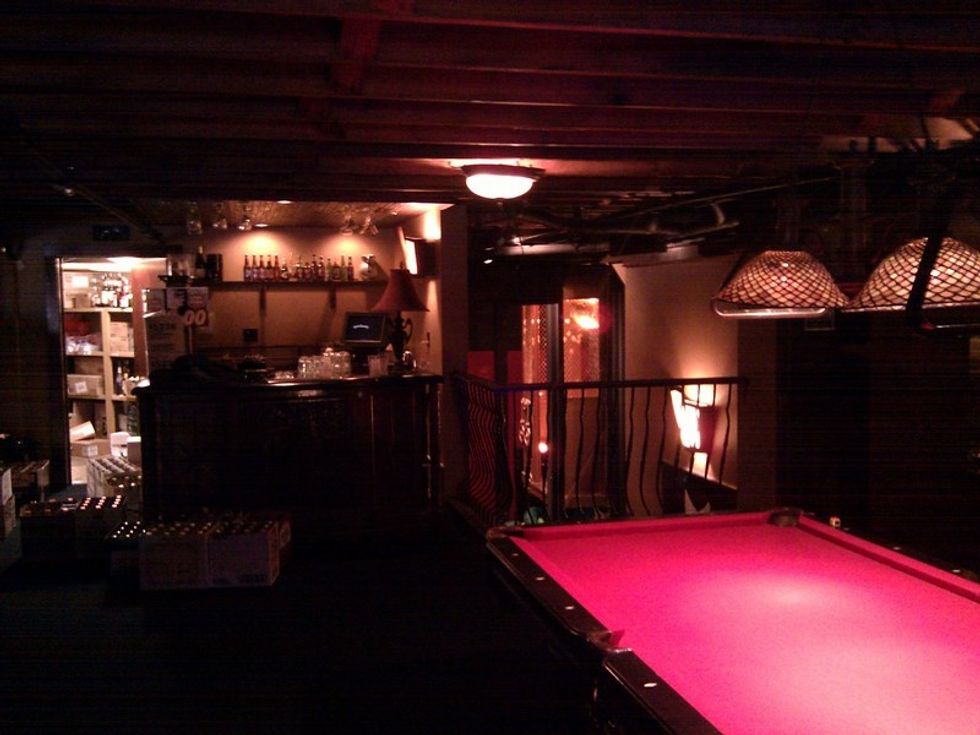 SABINA: Damn, Vic, what did you pack? Your pet rocks?

Her sister, VICTORIA, enters behind her, hauling more luggage, along with a roller bag.

VICTORIA: You I haven't had one of those in like five years. Anyway, thanks for letting me crash here.

SABINA: Don't mention it. Besides, the place will need a bit of company when I'm overseas.

VICTORIA: I know... Once you're off desk duty. Maybe come work in stocks, like me?

SABINA: You think I'm going to be a yuppie slave of the man?

VICTORIA: Says the chick working for the CIA.

SABINA: Yeah, well... Isn't it a step up from when the neighbors accused Dad of working for the KGB?

VICTORIA: Yeah... But you have to admit, that would have been less boring than that Levittown.

SABINA: This place isn't. I heard it used to belong to some gnarly gangster in the 20s. Or bootlegger. Depends on the story.

VICTORIA: Maybe his stash is hidden around somewhere.

SABINA: Do you mean cash or booze?

VICTORIA: Both, I hope!

SABINA: Trust me, I've searched every nook and cranny in the living room and under the bed.

VICTORIA: Leave it to you to have a thing for bootleg.

SABINA: I was looking for a place to plug in the new Toshiba TV. Well... There is somewhere that looks suspicious, but you're not going to believe me.

VICTORIA: Where is it?

SETTING: A MASTER BATHROOM. VICTORIA and SABINA stand before a dusty old door.

VICTORIA: I mean, this could be another closet.

SABINA: Looking under it, it didn't look that way. No dusty brooms, trust me, I would have sneezed my head off.

SABINA: I tried. Maybe my locksmithing isn't as great as Dedushka's. And I tried force, too.

VICTORIA: We can't leave it now, though. You got me curious.

SABINA: We could always try again.... We have two people now.

VICTORIA: Fine... Just let me take this blazer off. It's new.

SABINA: And it makes your shoulders look huge.

VICTORIA: Do you want my help or not?

SABINA: Okay, fine. On three, we break down the door. One. Two. Three!

SABINA and VICTORIA both run up to the door and try breaking it down. It doesn't seem to budge.

VICTORIA: It's not working.

SABINA AND VICTORIA run into the door again, and this time, it opens with a loud creak.

SABINA: A ladder to treasure? Would you rather get a shovel?

SABINA AND VICTORIA descend down a ladder. The room seems to be divided in two, with a bar and lounge on one side and a what seems to be a makeshift brewery on the other. Only, all that's left of it are a couple of scatter barrels.

VICTORIA: Huh... I thought most of the speakeasies were in dark alleys or something?

VICTORIA: Yeah.... I bet that would have been tubular.

SABINA: I mean, this is under our apartment, so it's ours now...

VICTORIA: What are you thinking?

SABINA: I'm thinking, maybe we should fix this place up... It needs some updating.

VICTORIA: Man... I kinda liked the vintage charm. We have to keep at least a few things.