Dr. Skramzglove, Or How I Learned To Stop Worrying And Love Screamo
Odyssey

Dr. Skramzglove, Or How I Learned To Stop Worrying And Love Screamo 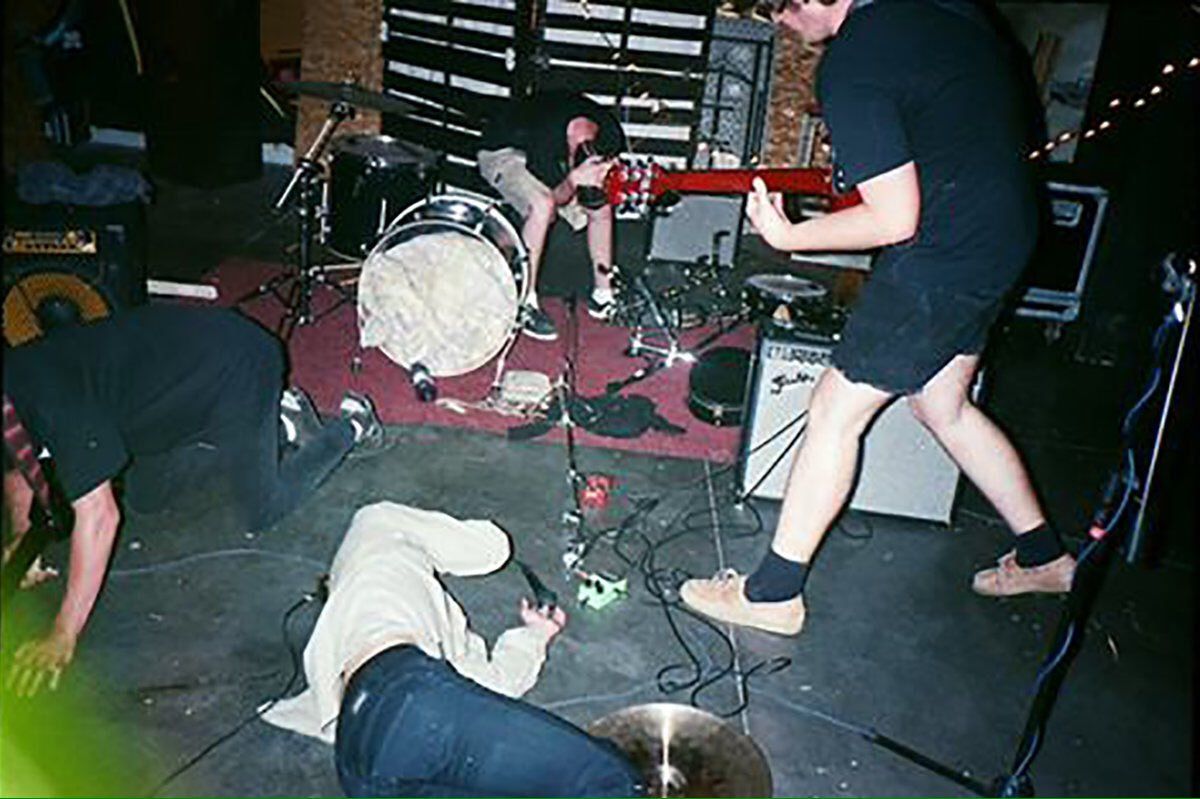 Ah yes, what is screamo? Well if you’re reading this you probably have your own conclusion made about what the term means, given how abused it’s been in terms of describing any music with harsh vocals. However in this case I’m using screamo in its truest sense, that blend of hardcore punk and emo, well emocore back when it was Rites Of Spring and the Revolution Summer of 1985. It’s a multifaceted, intense genre of music, and I’m going to talk you through my journey of discovery with it, how I came to love it so much. Even if you don’t walk away from this article buying the entire Majority Rule or WristMeetRazor discographies off eBay, at least you’ll have insight into a genre which is often deliberately inaccessible.

I first found out what screamo was through trawling Wikipedia, as I was prone to doing once I discovered the internet, yet in terms of listening to it, that came in 2011. Free CDs with a magazine I read regularly introduced me to The Saddest Landscape, Touché Amoré and Pianos Become The Teeth. Further research into the genre led me to the song that had perhaps captured my heart the most out of everything from the screamo genre at that point, Circle Takes The Square’s Non Objective Portrait Of Karma. It was a revelation, building slowly over its running time from delicately atmospheric guitar into a swirling maelstrom of grinding fury, so textured but oh so raw. That balance between grand progressive ambition and the straightforward fury of punk, that willingness to blur genre lines and reach beyond the limits of punk while still being grounded and raw, perhaps forms the crux of why I love this genre so much.

What is it about screamo that made me fell in love with it to the degree I have? There’s a number of reasons for that, the above mentioned one in particular which I’ll expand upon. Music that strikes a balance between the brutal and beautiful, between the fragile and ferocious, will always draw me in, and that very idea is echoed across the screamo genre. It’s never had its day in the sun, outside of the post hardcore acts peripherally related to screamo like Thursday or From Autumn To Ashes gaining commercial success (fair play to them both, they’re both sick bands), and as such the rawness of the genre has never left it.

That absence of commerciality has given it an authenticity that lines up quite well with the emotion expressed throughout it. When these bands scream their throats raw, there’s no questioning their authenticity, you know they mean every single word of it.

It’s never been the in vogue thing, and thus it’s been able to be unapologetically raw, unapologetically emotional, unapologetically political, and unapologetically itself. You’re not gonna make any money out of it, so why not mix screamo with 1970s prog rock like Gospel, or black metal like Oathbreaker or Heaven In Her Arms, or grindcore like Orchid? Why not write sprawling, beautiful post-rock influenced masterpieces like Envy, where you feel everything the singer is delivering despite it being in Japanese? Why not throw in every instrument on clearance in your local music shop and see what happens, like I Would Set Myself On Fire For You does so brilliantly?

Bands with a touch of distortion and a sneer getting credit for bringing back punk (like it ever left) could learn a thing or two from the sheer sonic ferocity of a band like Joshua Fit For Battle or Love Lost But Not Forgotten. Few songs will send shivers down my bones quite like the utterly haunting “Cripples Can’t Shiver” by Pianos Become The Teeth, an utterly heart wrenching song about the singer’s father and his struggle with multiple sclerosis. Few songs have made me more determined to kick back against homophobic pricks than Touché Amoré’s “wehatefredphelps.com”

. In an era where we’re expected to lick the boots of those who deny our basic humanity for fear that boot will go from pressing on our neck to crushing our skull, it’s refreshing to hear a song where the band are taking absolutely no shit. It’s one of the few genres within heavier music where edgelord bullshit hasn’t taken over, where the visceral ferocity is pure and blinding and not mere macho posturing.

The spaces I’m in that discuss the genre and the scene at large isn’t perfect when it comes to representation of minorities, but there’s steps being made to improve this continually, be that online spaces not tolerating people acting the gowl, or groups with female/trans members like I Hate Sex or SeeYouSpaceCowboy being able to put out music without the comments sections being full of ignorant comments about the musician’s gender.

There's a handy wee list here on RateYourMusic if you wanna explore it further. Even the most tfw no bf/gf/f band of this crop, iwrotehaikusaboutcannibalisminyouryearbook, somehow didn’t fall into the misogynistic traps of so much of 2000s emo. This isn’t to like toot the horn of the genre for being oh so progressive when there’s most likely gonna be problematic elements, but when you’re surrounded by this shit, stuff that makes an effort to avoid it is quite welcome.

Screamo is a genre that’s obviously not gonna be for everyone, it’s raw, it’s scrappy, it’s often quite melodramatic, especially when you crack open the lyric sheet to try and piece together exactly what they’re singing about. But at the same time, it’s a genre of music that does the most and gets the least. It’s musically innovative, it’s frequently technically brilliant, and, more importantly than anything, it is so, so, so vitally alive.

Passion is something that isn’t an outlier to this genre; it’s very much a key part of it. It’s that intensity that’s kept me with it some 7 years after discovering it first, that intensity that’s had it last close to thirty years now? This entire article might read like that stoned Post Malone tweet about music being great, but if you take one thing away from this article, listen to the bands I’ve linked in it. Look past the screamed vocals and the deliberate inaccessibility, and within it you’ll find a beating heart that’s very rarely matched by any other genre out there.

There’s a Kurt Cobain quote that opens pageninetynine’s iconic “In Love With An Apparition”, that goes like this. “Punk rock should mean freedom, liking and accepting anything that you like. Playing whatever you want. As sloppy as you want. As long as it's good and it has passion.” If any genre of music, any offshoot of punk lives up to that ideal, it is surely screamo.