Money Doesn't Rule My Mind, But It Does Rule The World
Odyssey

Money Doesn't Rule My Mind, But It Does Rule The World

Money may impact our lives in huge ways, but does it consume our minds? 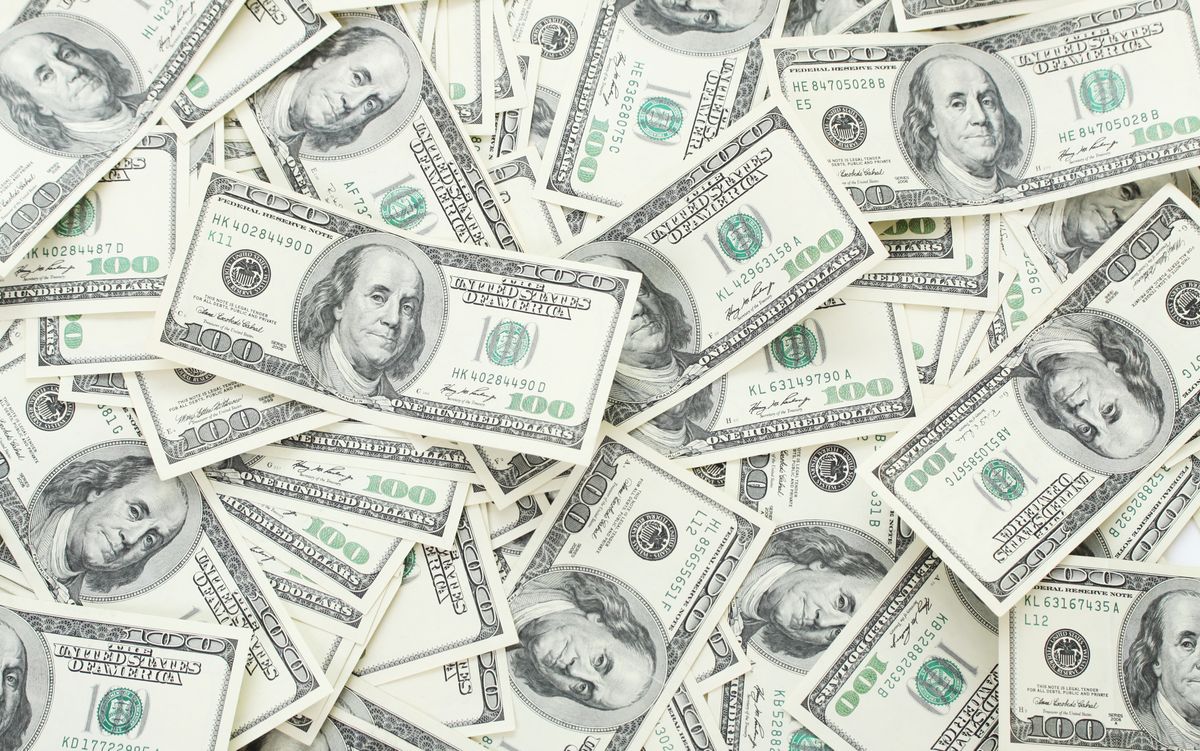 Money rules the world, as they say. This is a common thought that is backed up by a plethora of sources and examples in today’s society. Greed is a common sin of many now and in the past. There are many stories that paint greed as one of the most awful faults one can have that distorts the way that the characters interact with and view the world around them, making it seem as if their lust for money is the only thing in reality that truly matters to them. This can be true of some people, but is it true of all as most people would have you believe?

Money does very much impact our lives in huge ways. We are forced to face the reality of how nothing comes for free in this world at a very young age when we understand that the candy our mother hands to us was first given to her after she had exchanged some paper and round shiny objects with another person. When we grow older, we plead with our parents to please, please, please buy us that toy and they say, “No, I’m not going to buy that for you. I just bought you something last time we went out.” From here on out, we understand that “to buy” something is sometimes seen as a burden, but we tend to respond with this response not by calmly agreeing with them, but instead throwing a tantrum because everything is wrong in that moment if we can’t have that toy now.

We very much live in a world that is focused on now. With the internet, we can almost have anything we ever want at our fingertips right now. We don’t even have to wait to get home or go to a place with computers to use the Internet if we have a phone. Everything is easily accessible in today’s society if we just want to look, but if we want to have, that is a lot different and can pose a lot more difficulty. The Internet in that sense can be a very sad place if one does not have much money because online shopping at that point is window-shopping on a large scale. We can peruse through dozens of different stores from the safety of our beds and not have to feel bad about not purchasing something as we might feel if we were walking in and out of stores all day. But now, because we can shop so easily, there is more of a drive to get that pair of jeans NOW or get that couch NOW.

Bills are another issue that one has to worry about as they try to keep up with life. Shopping is fun but after you have spent your entire paycheck on new clothes and your bills are due in a week, money is the only thing you want. Making ends meet is really difficult for a lot of people and so often, if you ask a kid in school what they want to be when they grow up, they will throw out brain surgeon or doctor or lawyer and when you ask them why they chose that field, you get the response, “They make a lot of money.” Jobs have always been chosen for the sake of making money but in a society that preaches that one can achieve their dream if they just work hard enough, it seems rather hypocritical to then demand the people to either get a really good job that they love and makes a ton of money or starve.

He had a professor that refused to spend more than thirty dollars on a bottle of wine. That is completely reasonable considering that wine is expensive, but what wasn’t necessarily reasonable is that he would let them mature until they were equivalent to a one hundred dollar bottle of wine. An economist would have taken that wine and then sold it, so they could have a benefit of seventy dollars, but instead, this professor just drank the wine. An economist would argue that was irrational, but that is because they believe that everything anyone ever does is because of money and this professor drank his wine simply because he enjoyed the fact that he had made this wine into a much better wine without having to spend the initial one hundred dollars.

Another example Thaler brought up was taxi drivers. Taxi drivers will often start out the day with a set figure in mind that they want to make. So say, a driver sets out with the idea of making three hundred dollars that day. If it is an exceptionally busy day, they could make that money in two hours. If it is a slow day, they could make that money in ten hours.

Thaler found that if a taxi driver made three hundred dollars in three hours because it was a busy day and that was the figure they had in their head from the start of the shift, they will knock off for the day instead of staying on. However, if a taxi driver is having a really slow day and has only made one hundred and fifty dollars in five hours, they will stay on to try to reach their goal. This makes sense to some people because if one gets their job done early, they will want to spend the rest of the time relaxing or spending time doing something they enjoy so it makes sense for the taxi driver to quit after hitting their mark. However, an economist would argue that the taxi driver should stay on to make way more money during that day. The other taxi driver that is having a really slow day should knock off early and see that it is just not going to be their day to make that three hundred unless they want to spend ten hours out there.

Thaler basically proved that many people are actually not consumed by the thought of only making money. People have other concerns and interests, such as family, friends, and honestly, just being lazy at home watching TV. There are so many more motivations than just this greed that is supposedly driving everyone. Don’t get me wrong; there are plenty of people that are driven by a lust for money and that is all they want to attain and yet they also have a family and friends. But, on average, people are not as greedy as one might think, even though our society almost demands us to be that way.

Money may not rule our minds all the time, but it definitely does rule the world. To the shock of economists, humans have a very funny habit of getting distracted or valuing things, such as family and friends, over money.