Social Media Has Changed Our Divided Nation, And Not In A Positive Way

Social Media Has Changed Our Divided Nation, And Not In A Positive Way

The connection between our digital and political lives. 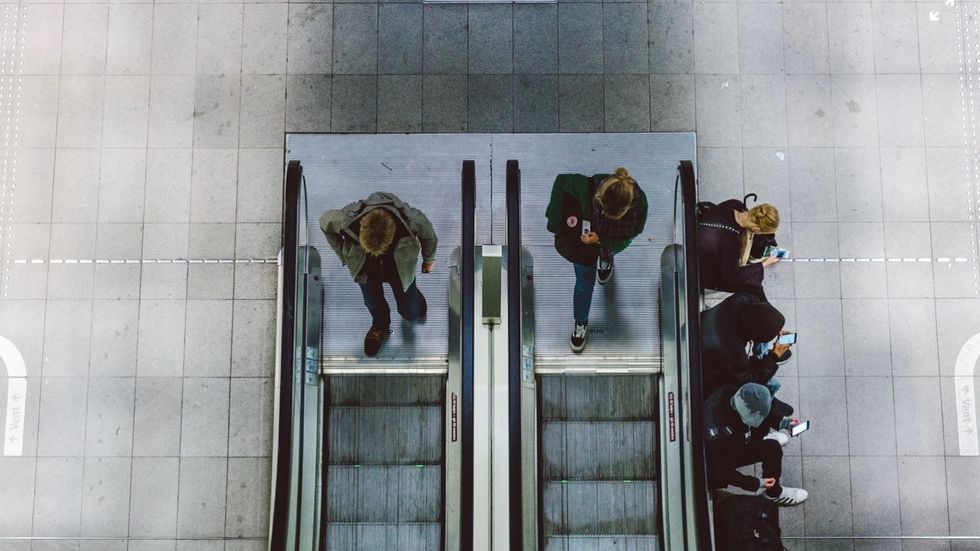 As many may know, the 21st century is known as the Digital Age, or the Computer Age. Our everyday lives are surrounded by the spread of technology and its advancements that are inevitably being incorporated into every step we take.

And with technology, comes social media, the uninvited dinner guest of the modern age.

No one asked for them, no one really knew what to do when they arrived, and they definitely didn't pick up on the hints that they have overstayed their welcome. Because they have made the conscious decision to stay through the meal, they have the privilege of taking part in the uncomfortable, yet extremely entertaining, political conversations that occur between opinionated relatives.

This idea of social media integrating into politics is exactly what "National Review" writer, David French, discusses in his article "Social-Media Idealism Collides with Human Nature," and it is more relevant than we may realize.

Not only does social media provide a platform to voice one's opinions, but it also provides a space for unwanted accusations and views that you may not agree with.

So, is it possible to find a happy medium?

That is precisely the dilemma that many media networks are facing today. With a nation more divided than ever, social media has given the people a chance to express their beliefs, often in a deconstructive way.

But how has this issue come to be, and is there a solution?

The idea of freedom of speech has been engraved in the civil rights of America for centuries. Cordial debates are a part of this country's political process, but social media enables political advocates to present their views while they hide behind the anonymity of a screen name.

When there is a space for Americans to share their opinions, especially when regarding politics, there isn't always much that can be done to prevent the flood of words and statements being spat across the web.

Often times, people online have a goal of proving that their views are true, and they can't bear being corrected.

"... when you place even idealistic progressive icons in the crosshairs of a public-relations nightmare that threatens their life's work, they will react defensively. They'll seek first to preserve their corporation and their reputation," states French.

I don't believe that there will ever be a form of social media that won't be tainted or overcome by political disputes. I do, however, believe that it is possible to hold a civil conversation online without completely being overpowered by the defensive habits that most of us have.

As the world's knowledge of technology advances, it won't be very likely that government affairs and politics will never arise on our screens again, which means it is up to the divided nation to decide how we utilize the media of this generation and generations beyond.