It has allowed me to become the dancer I want to be. 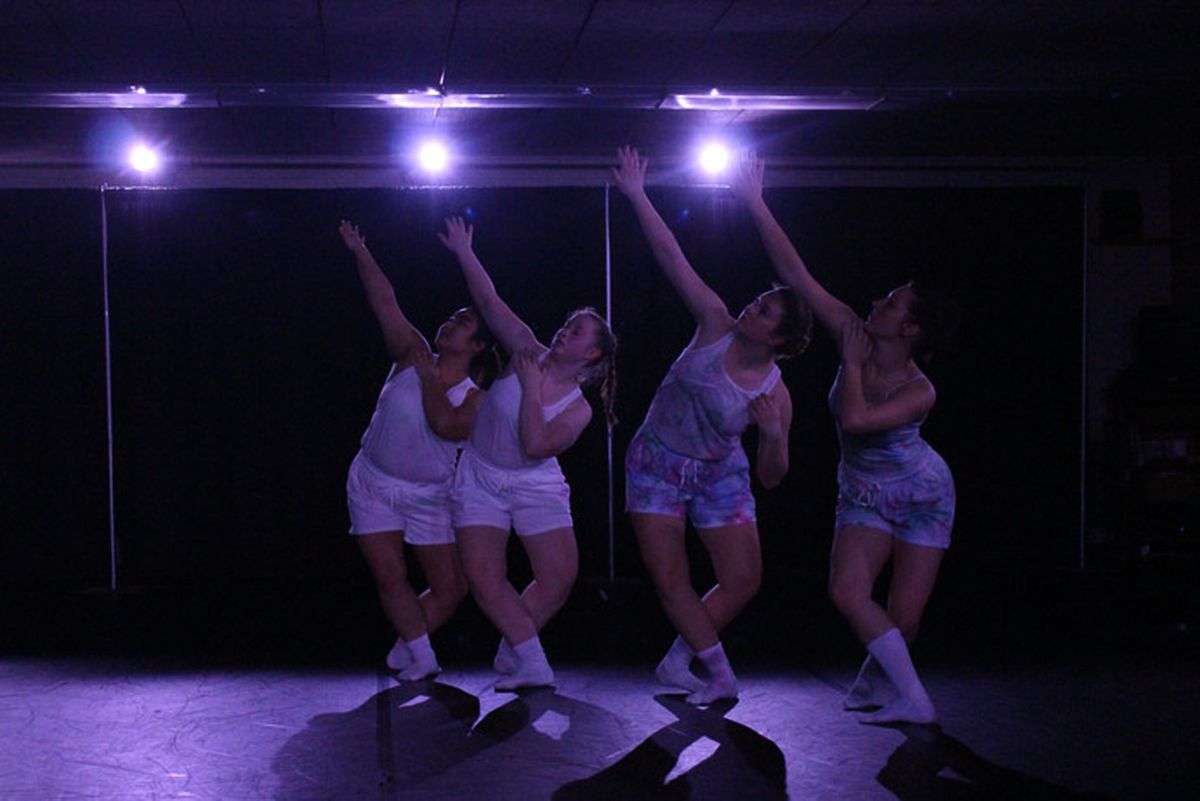 By definition, modern dance is a free, expressive style of dancing that started in the 20th century as a reaction to the classical ballet of the time. It promotes individuality as well as unity, and strength as well as grace. The style has grown since then, with modern being a primary foundation in many dance companies, dance schools, and colleges across the country.

Despite it’s growing popularity, there are still many people out in the world who don’t understand the strength, artistry, creativity, and many other qualities that go into a modern piece. Many often think that modern is “so easy,” and that “it’s just crawling on the floor,” but modern is so much more than that.

I used to be one of those people who loathed Modern and never truly understood it. Let me emphasize right now that I used to hate it. I grew up in a competitive dance background, where dance was all about how high you could kick, how many turns you can do, and how freakishly flexible you are. My studio never offered Modern classes, but whenever we had the occasional Modern class at a convention, I never enjoyed it. I always found it awkward and uncomfortable, as it was different than all the leaps, turns, and tricks that I was doing in my studio.

This is why I was weary when I found out that my college’s dance program was primarily focused on Modern. It was a style I was unused to, and I feel into believing the stereotype that Modern was just crawling around and “not really dancing.” I ended up just doing dance team my first year of college and I never set foot in the studio for a Modern Class, as I honestly didn’t think I would enjoy the style.

Little did I know that this was a big mistake. You see, I never really fit in to the dance world that I found myself to be so familiar with. I was never the dancer with the pretty leaps and perfect turns, so I always felt out of place with my peers. The primary attraction dance had for me in since the beginning was the emotions that one could put into the movement, how one can illustrate the rhythm of music, and how one can truly perform onstage. This was why I was so drawn to Tap and Hip Hop, as a lot of the focus in both of those styles. I never really was a “technical” dancer, and I always fell short of my peers because of this. I never felt like I was good enough, as I couldn’t leap, turn, or kick like the dancers around me.

By the end of my first semester of College, I was getting sick of feeling this way about my dancing. I wanted to dance in a place where I felt like I didn’t have to look like a carbon copy of everyone else. I ended up getting an email that was asking for anyone who was interested in Assistant Stage Managing the Gustavus Dance Company’s Spring Concert, and I jumped at the opportunity. I figured it would give me a chance to see what Modern was all about, as I would be up close and personal with it as I helped run the show onstage.

As you might have guessed, I fell in love with the style. Maybe it was from watching all of the great pieces in the concert so many times, but there was something about Modern that makes me so happy. I enjoyed watching all of the dancers move with such confidence, control, and grace, but I also loved the fact that everyone had their own little style when performing the movement given to them. I could see their emotions radiating out of their fingers and toes as they moved with passion. There was so much artistry blooming inside Anderson Theatre that I realized I wanted to be apart of what they were doing.

While the dance itself was something that made me want to start studying dance at Gustavus, another deciding factor was how welcoming and supportive the other dancers in the program are. I may have just been a stage hand my first year, but they were and still are so welcoming and kind towards me and make me feel comfortable with who I am. Everyone was so encouraging of each other, and I found this to be so inspiring. Everyone who is a part of the Dance program at Gustavus are just very wonderful people who always make me happy when I am around them, and that is what dance should be like. I shouldn’t feel like I have to be someone who I am not, like how I had to be sometimes when I had to be so uniform with dance team. With being apart of this group of people, I can be an individual, but I am still supported by a hoard of amazing, goofy friends.

Now we are at the present. I have been taking Modern for a year at Gustavus and I am confident enough to say that it has become one of my favorite styles of dance. It has become an outlet for me, a place where I can forget the stresses of the world, and a place where I can confidently be myself without having to worry about what others think. Modern has given me a place to release my excess energy, my creativity, and to just plain move when I can’t sit still. Studying Modern at Gustavus has been one of my best decisions I’ve made in a while, and I can’t wait to see what joys I discover from it in the future.