Applying For The Disney College Program is Stressful AF

But so worth it 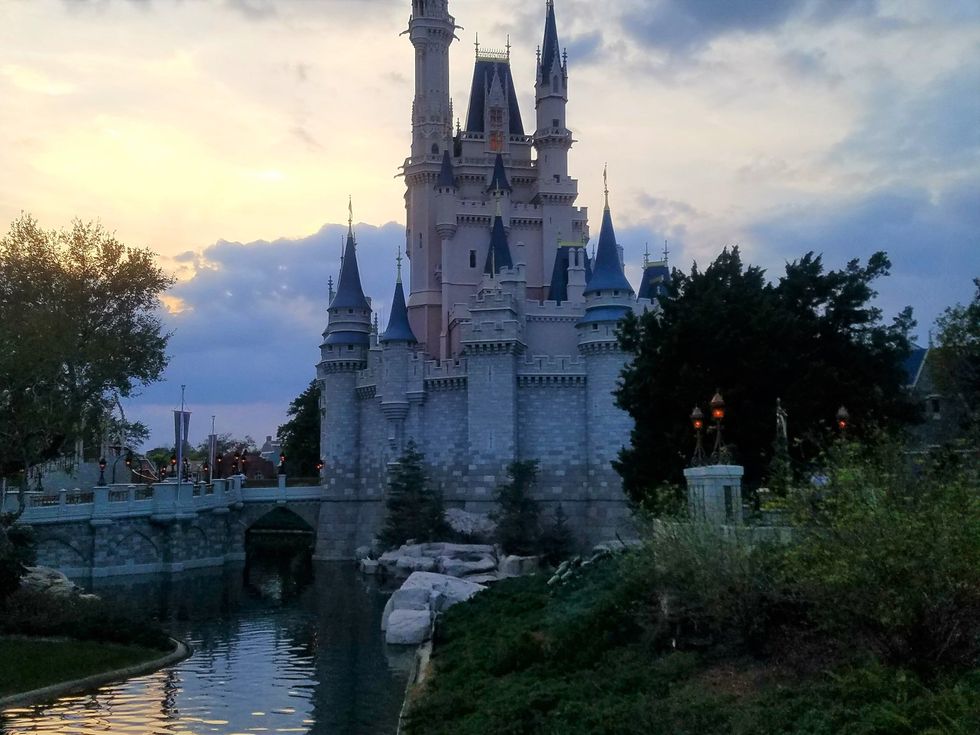 If you're a hardcore Disney fan like I am, you've probably heard of the Disney College Program. For those who aren't as enthralled with the magic of Disney, the Disney College Program is a 5-9 month internship wherein students work full time in either Disneyland or Walt Disney World. The program is incredibly competitive; getting in on your first try is considered a rarity.

My journey with the Disney College Program started at a meeting my first or second semester at ECU. Once I learned about the program, I set a reminder to apply as soon as applications dropped. I submitted with baited breath, waiting for what could could come next.

No Longer In Consideration- Disney's version of "Thanks, but no thanks.". I was crushed, but hey there was always next semester. Next semester, I spiced up my resume a bit making sure I included my volunteer experience as well. Once again, I hit submit and waited.

About a half hour later an email slide into my inbox - I had been offered a Web Based Interview (WBI). I had never gotten this far, so I was elated. A little flame of hope was reignited as I flew through the confusing and contradictory personality test. I didn't know what Disney was looking far, so about halfway through the test I got a bit nervous. I kept getting the same question phrased differently. I rationalized the repeats by assuming I had answered initially in a less than favorable way and this was Disney's way method of pushing me to answer in a more acceptable way. With that in my mind, I started changing my answers, each repeat question leading to a less strong, definitive response.

Obviously that wasn't the move, and I was NLIC immediately after the test. The second rejection hurt me 10x more than the first. I felt like I was so, so close and it was all snatched away.

Coming into my current, and final semester at ECU I hadn't thought much about the DCP again. I had already settled on a course of action after I graduated that had taken up a lot of my extra time on research and planning. So, when I decided to check if apps were open for the DCP and saw that they were, I didn't think much of it. Of course it would be amazing, but it was no longer in my plans. For the heck of it, I submitted a new application then rolled over and went to sleep.

Sometime the next day I noticed I had gotten a WBI fifteen minutes after I submitted and decided to actually research a strategy. Once I felt confident, I went through and answered the questions quickly, waiting for the same rejection as last time.

But instead, there was an invitation. An invitation for a phone interview. I scheduled it for a week away and this is where I really kicked into high gear with research. I watched countless interviews on YouTube, trying to gauge what questions they may ask. Before the interview I made a cheat sheet of short blurbs to answer questions they might ask.

Finally the day came. My heart was beating out of my chest. I had literally never felt as nervous as I did that night. The phone rang, and with shaky hands I answered. All of a sudden, all my fear went away. My interviewer was incredibly kind, and it felt like a conversation. I never once felt she was unengaged or uninterested. I left feeling much more confident than I expected.

But of course, with more waiting comes doubt. I checked my dashboard every hour. I watched the waves like a hawk, wondering when I would get my NLIC. Every day that drug on drove more and more fear in my mind.

Ironically, it was during the horrors of Hurricane Florence that I got the news. I randomly checked my email and there it was.

I was in. All my fear and doubt melted away into pure elation. Applying for the DCP was one of the most stressful and nerve-wracking experiences of my life, but hey; I'll be spending next Spring in Disney World! I was cast as a bus greeter, and I could not be more excited. I cannot wait to begin this new journey!