Correct, I Really Didn't Drink Until I Was 21
Odyssey
CurrentlySwoonLifestyleHealth & WellnessStudent LifeContent InspirationEntertainmentPolitics and ActivismSportsAdulting
About usAdvertiseTermsPrivacyDMCAContact us
® 2023 ODYSSEY
Welcome back
Sign in to comment to your favorite stories, participate in your community and interact with your friends
or
LOG IN WITH FACEBOOK
No account? Create one
Start writing a post
Lifestyle

Correct, I Really Didn't Drink Until I Was 21

And I still had an amazing 20 years. 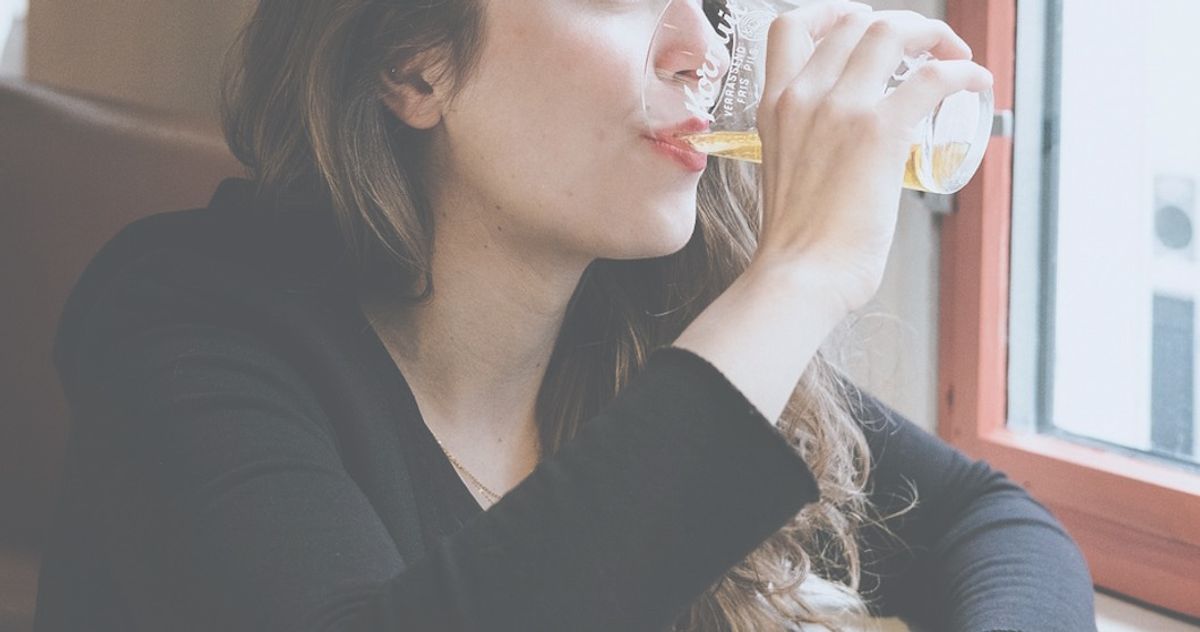 Some of you are probably thinking I`m lying, but I promise you, I`m not. If someone's blood alcohol content could be negative, I'm positive that mine was. Maybe you're thinking, how did she do it? I was shocked too. Especially in today`s society where we put alcohol on a pedestal, where people of age and underage go out every weekend (or night in some cases). They say they had "so much fun," yet can't remember half of what they did because they were under the influence.

With all the pressure from people around you, especially others who are indulging, it can be a bit overwhelming and you consider it, but then you stick to your guns. If they don't give up when you say no, you play the DD card and get out of it. Or you just leave.

What made me wait? I don`t have a specific reason, but I do know it wasn't a hard choice.

I grew up knowing that rules are rules, and some are in place for a reason, not meant to be broken. My parents didn't have booze at every family event. In fact, I can't remember a time when I saw them drink any alcohol at home. Sure there may have been some for a marinade, and with what was left they didn't drink it while I was around. I didn't have any interest. I knew that beer smelled bad and that was enough to convince me that it wasn't worth consuming.

As I got older, I would hear about the kids in high school having a party while parents were out of town, or even in some cases while they weren't and I couldn't imagine why any adult would let their children have access to it. I never heard anything good come out of those stories. I was always shocked hearing that there would be people watching for kids at Winter Fest, prom, homecoming, or any other school dance who would show up intoxicated. Why was it necessary to have a little something something before going? Couldn't you do without?

This leads me to my next sort-of reason for waiting; I was having fun without it and didn't feel like I needed anything else to add to my life experience. Maybe I was lucky, maybe I had a group of people that I spent my time with who were interesting enough that I didn't need anything to convince me that they were or to make them more exciting to be around. I didn't have to sneak around my parents or ration amounts from the bottle which would keep them from becoming suspicious.

I finally got to the point where I was headed off to college. My parents warned me about not going out to parties and having too much, but they really didn't need to worry. I think they knew I would be fine, but parents will worry no matter what. I did go to one or two parties but left soon after arriving because I didn't want to deal with the drunk people. The worst thing I did in college (if you can call it bad) was go out at three in the morning for a burger.

In the final stretch it became a matter of proving something. I had to prove that peer pressure doesn't win. I needed people to see that I could still live my life to the fullest without relying on a substance to get me to the point where I felt good enough about what was happening in it. I was to the point where I couldn't stand people talking about their drinks when they shouldn't have them in the first place. It wasn't that I didn't look forward to this seemingly personal ban on these beverages being lifted, but that I found it was something I didn't desire with a passion the way some people seem to.

When I could finally have a drink, I really didn't even want it. I didn't go out and get hammered on my birthday. I didn't have any booze whatsoever. I went to a concert with some awesome people and had a blast. I also remember it, and no, I didn't have a hangover the next day either.

Now I go out with friends. I find that the bars are an interesting place to be and who doesn't want to get out on the dance floor despite the terrible moves they may possess? We don't go out every night. There is a solid week or two between excursions, sometimes more, and I don't go all out and get myself a pretty little headache the next day. It isn't worth it.

I don`t regret waiting at all. No, I don`t know what the best mixed drink is. I still haven't tried a beer, and I`m not in any rush to. Alcohol isn't something that I feel is necessary for my survival or a must have in order for a group gathering to be a good time. It is the personal choice of an individual to decide how they want to live their life. I don't have to approve of the choices of underage drinkers, let alone the drinkers that are of age. Likewise, they don't have to agree with the choices I've made, and I don't think I am better than anyone because of this life choice.

I don`t feel as though a drink is necessary to have a good time. Alcohol doesn't determine the fun, it`s the people you are spending the time with that make an impact. Don`t use it to cope, again, that is what those you surround yourself with are there to help with because they're going through things too. You don't have to do what everyone else is doing, and if they can't respect your decisions, they probably aren't the people you want in your life. You can still go to parties. You can still be yourself. That is what I did and here I am, alive and well. Don`t let other people convince you differently.

Nicole Marie Nigro
Individual Creator
9502
c1.staticflickr.com
Where to start...... Let me start with the cliche that life throws us curveballs and what we do with it is what counts.