When You Peek Inside the Abandoned Michigan Central Station, this Is What You Get

For the weekend of June 21, 2018, civilians could RSVP to take a self-guided tour of Michigan Central in Detroit's Corktown. 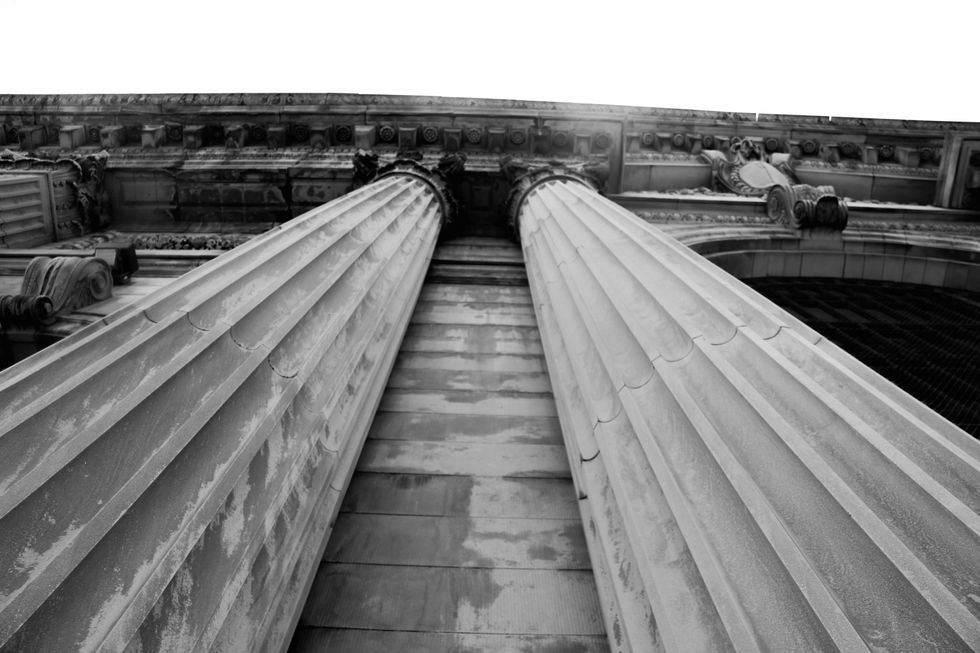 Described by some as "Detroit's Ellis Island" and a "Temple of Transportation", Michigan Central Station, also known as Michigan Central Depot (MCD), was designed by Warren & Wetmore. The station opened in opened in 1913 and closed in 1988. Train Number 353 for Chicago was the last to depart at 11:30a on the 5th of January.

In 1988, the Free Press wrote, "More than a mere excursion into nostalgia, the shut down of MCD should be the occasion on serious reflection about what once was, what we have lost – and what, given sufficient will, could regain.."

Manuel Moroun purchased the station in 1995 from Controlled Terminals Inc. and little was done to the space. Offers were made for a number of different projects, but none of them stuck until June of 2018.

In June of 2018, Ford Motor Company purchased the building. Ford plans to use it as their Detroit campus and begin using the site for the development of self-driving vehicles and office spaces.

Before doing so, the motor company opened its doors to the public. For the weekend of June 21, civilians could RSVP to take a self-guided tour of Michigan Central. In 4 days, over 20,000 people RSVP'd and a waitlist began.

I, was among those 20,000. Driving downtown as a kid, we often passed Michigan Central. When my love for photography began, all I wanted to do was step inside and see what was left of the station and capture it forever.

On June 22nd, 2018, I drove downtown alone with two cameras and waited three hours in the rain on a Saturday morning for my shot. Below are the images that came of that experience.

All images are taken by me.

An image of Michigan Central Station from Roosevelt Park in Corktown.

An image of Michigan Central Station while waiting in line for the self-guided tour on June 22nd, 2018. New windows were installed the summer of 2015.

"Creating community together" was the motto and part of the outdoor installations provided by Ford Motor.

Here is the ceiling with projections on June 22nd, 2018. Visitors could type what they wished to be projected through iPad setups throughout the self-guided tour.

In the middle of the station, there was an installation of a large round mirror. Visitors could face their backs to the mirror and take a selfie with the ceiling projections. Above is me and my camera.

From 1884 until 1913, the Michigan Central Railroad ran out of another location. While the railroad business was growing, it was determined another larger depot should be built to accommodate. The image above is part of an installation that was available for viewing inside of the open house tour that Ford put on the weekend of June 22, 2018.

The image above was also part of the same installation.

Here is the inside the train station, June 22nd.

According to a Detroit Free Press article written by Pheobe Wall Howard, the train station clock was returned by the thief who thanks Ford for believing in Detroit. In a text message exchange, the thief states, "I only have the clock. No other material. I left it leaning against a burned-out building...send two men and a truck immediately. It has been missing for over 20 years and is ready to go home. Thank you so much."

Gerald "Catfish" Williams told the documentary "Train Station" that he started living in the abandoned depot after losing his job. Graffiti done by Catfish can be seen on the walls of the station among many others.

"CatFish" tagged stairway that used to lead to the cafeteria of the Train Station.

Above is one of my all-time favorite graffiti artists, FEL3000FT, live painting a mural inside the station on June 22nd. For this particular mural, Ford asked FEL3000FT to create something that embodied the station. The artist and the company showed their respects to those who used the station as a place for their graffiti work.

His art can be seen around the city including on the Canfield side of HopCat pub, the alley on St. Andrews Hall, and many other locations throughout the city. For more artworks, see his website here.

Inside the train station, June 22nd, where previously, the Amtrack cars would board.

Me, inside the train station, June 22nd. Major thanks to the random person who took this image of me.

Being inside gave me an incredible feeling. I overheard so many memories shared and conversations about what could become of the station and the city over the years. Detroit has gotten a bad rap for many years but there truly are incredible things happening in the city. Detroit is full of innovation, love, creativity, and passion, all bursting at it's seems. There was hope there.

Sepramus meliora; resurget cineribus. / we hope for better things; it shall rise from the ashes.