Why The US Should Demilitarize The Police Force
Odyssey

Why The US Should Demilitarize The Police Force

In order to regain our trust, law enforcement in the United States must be demilitarized. 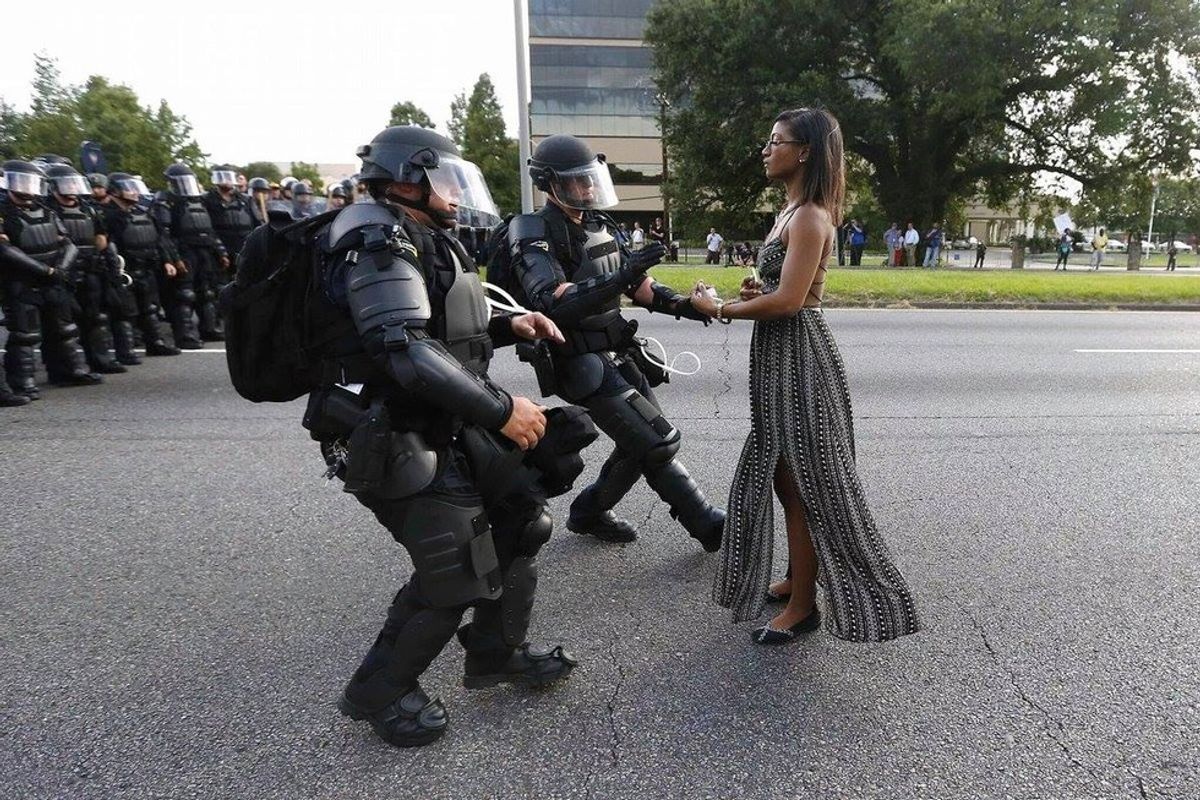 In June of 2016, a Gallup poll found that 43% of Americans have “some” or “very little” trust in the police. This distrust most likely stems from the fact that multiple police departments have had issues with officers targeting and killing black Americans, which has sparked controversy across the nation.

Most recently, protesters seeking justice for the death of Alton Sterling and Philando Castile have conducted demonstrations in Baton Rouge, Lousiana. The cover photo of this article is an image of two police officers at the site of the protest getting ready to arrest a young black woman.

Why does our police force, whose duty is to serve and protect, look like an army of invaders?

Until 2015, law enforcement were permitted to use rifles, grenade launchers, and armored vehicles, equipment which serves a much better use on the field of combat than on our streets. The wielding of military-grade weapons by the police show how detached they have become from the communities they swear to protect.

Many Americans also feel that the police often use force inappropriately when dealing with black men. Such as the NYPD officer who put Eric Garner, a 43-year-old father of six kids, in a chokehold (which is banned by the department) while Garner expressed several times that he could not breathe. In this case and many others, the officers involved are not held accountable for their actions. They are not brought to trial and imprisoned like a civilian who committed the same offense would be.

Law enforcement should be striving to regain trust in their communities by reducing their use of military-style equipment and increasing the accountability of the officers who have citizens die in their custody. Unless the police force identifies the problems within their departments by taking criticism and scrutiny into account when hiring and training officers, the public will only continue to lose faith in them as the body count rises.

Glorie Martinez
374
Why I Write On Odyssey