To The Customers Who Ruined My Weekend

To The Customers Who Ruined My Weekend

Have a little bit of respect for the people who dedicate their time to giving you a good experience. 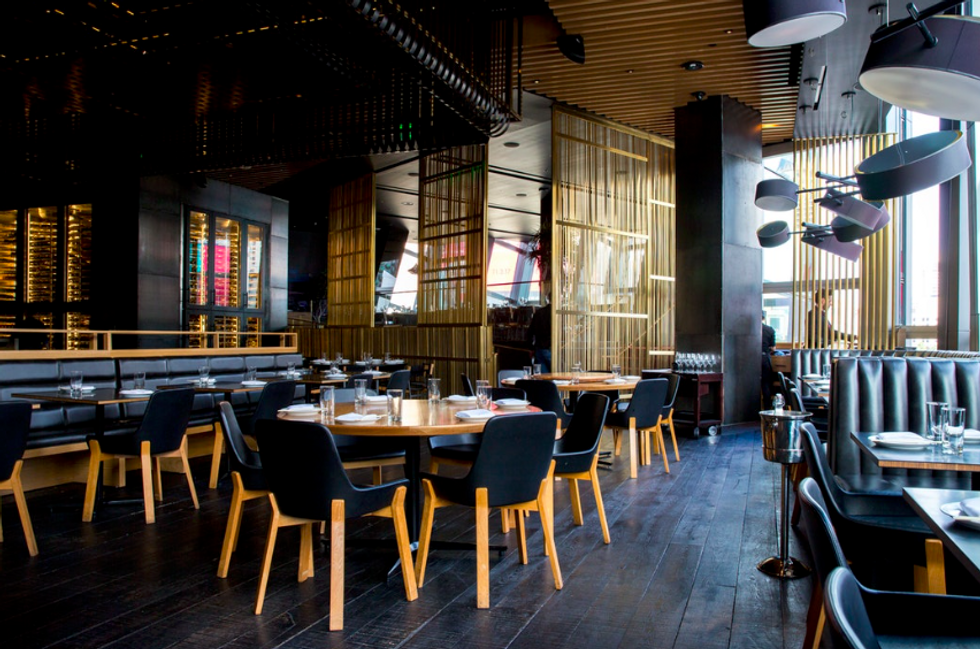 Since 2016, I have worked in food service. I recently started a new job in Rosemont, one train stop down from Villanova. I've had a really good time so far, and I've met some really great people. I haven't been a server for too long, as I served for the first time in December. It's safe to say that I'm still a beginner, and with that comes a lot of mistakes that I make in stressful situations.

Ever since I first started working in food service, I have been told over and over that I am going to encounter difficult people. And I have. There have been a lot of difficult people, but I try my hardest to handle it well and to always remain respectful. More often than not, the respect that I show is reciprocated from my customers, but every once in a while, I get stuck with people who just cannot, for the life of them, show me an ounce of respect.

On Sunday, I was working a lunch shift. I had a lot on my mind because I had missed a few classes that week because I was sick, and I was overall more stressed than normal. I told myself that I would work my shift, go home, and take a well-deserved nap. I just needed to get through the next few hours. I had about three or four tables sat right around the same time, and for me, that was a little stressful. I felt like there was so much I had to remember, and I was trying my best to give the customers the best possible service.

Unfortunately, one of my tables was just not happy with the way that I was serving them. They complained that the cups were dirty, and when I brought out their appetizer, they were upset with the sauce that was given to them. As I was running around, getting things out to tables, and helping other servers out running food, I noticed that one of the ladies from my table had found my manager, and she was having a pretty intense conversation with him. When the conversation was over, my manager found me and said that the woman and the rest of the table were complaining about me.

I was pretty confused, because I knew that I had been doing everything that I could to make them happy. I didn't know what more to do, so I shrugged it off and told myself that I wouldn't let it ruin my day. But they keep complaining, and after a while, I started to make more mistakes because I was so worried about this one table that was talking me down to my manager. As a result, I became so flustered that it started to affect another table.

I overheard my manager talking to the women, apologizing to them on my behalf and saying that he was sorry that they were having such a bad experience. For me, this was a breaking point. I had reached a maximum level of stress, and of course, started crying. I ran to the bathroom and tried to get it all out because I knew that I was doing everything I could. My manager saw me, distraught, and made sure that I was okay. At the end of the night, he told me that I just got unlucky and that it's people like that who come into restaurants, take not of weakness, and try to complain to get money off of their bills.

Here's what I have to say to those three women, who ruined my weekend: I'm good at my job, and I choose to continue to work as a server. I enjoy working with a team, and with people who know how to act in social situations. I can't say the same about you three. I don't know who taught you how to act when you were little, but they did not do a very good job. Not only did you insult me, but you brought stress to the whole restaurant, and my coworkers and I work far too hard to feel bad for people like you. It's hard for us to put a smile on our faces and apologize because we have to do what the customer wants. That is not always what we want to do.

If you don't want to pay for your food at a restaurant, then don't go out to eat. Have a little bit of respect for the people who dedicate their time to giving you a good experience. I'm sorry that I couldn't give that to you, but we are all human, and I can't be at your beck and call. You are not my only table, and I promise that I am doing everything I can to serve you to the best of my ability. I'm just not perfect, and I hope that you change your perspective for next time you go out to eat.

Servers, hosts, runners, and bussers work so hard to keep customers coming back. Acknowledge that, and show some respect.