Culture Clashing: A Lifetime Of Adapting To An American Life
Odyssey
CurrentlySwoonLifestyleHealth & WellnessStudent LifeContent InspirationEntertainmentPolitics and ActivismSportsAdulting
About usAdvertiseTermsPrivacyDMCAContact us
® 2023 ODYSSEY
Welcome back
Sign in to comment to your favorite stories, participate in your community and interact with your friends
or
LOG IN WITH FACEBOOK
No account? Create one
Start writing a post
Politics and Activism

Culture Clashing: A Lifetime Of Adapting To An American Life

Growing up in two very different cultures can be difficult, but extremely rewarding. 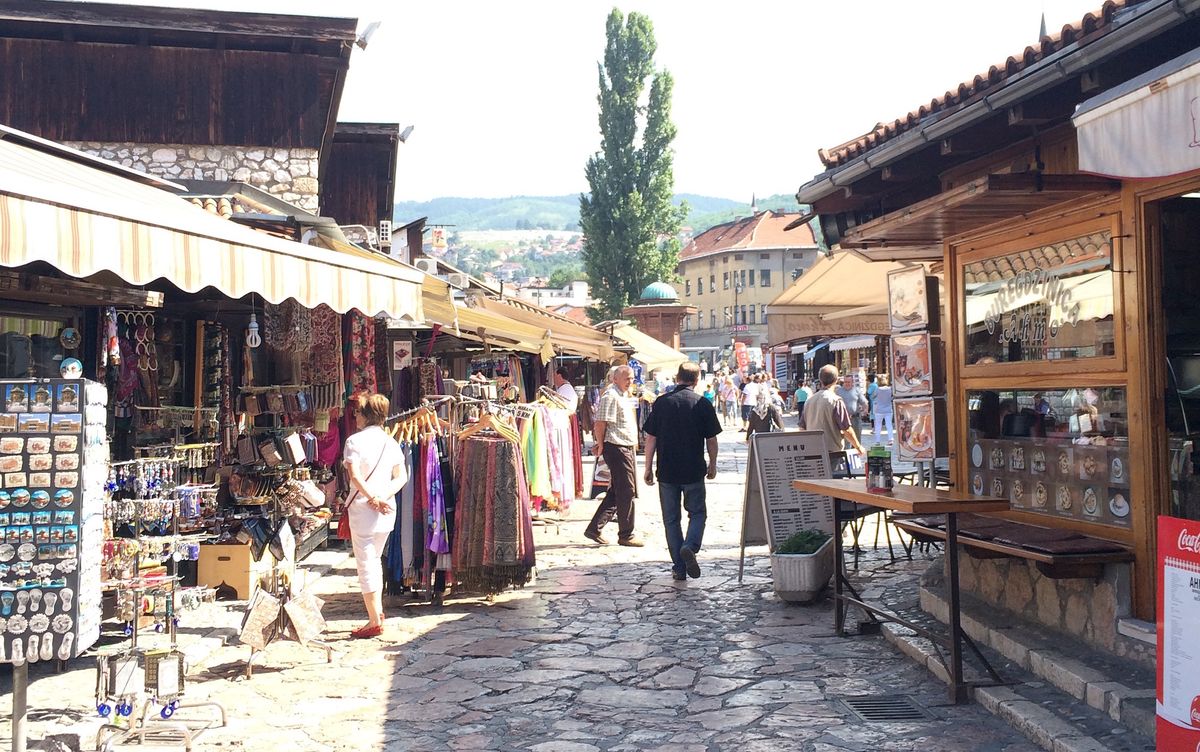 I was struggling to come up with something to write about this week. Mindlessly scrolling through my camera roll, there was a picture that made me realize I have an interesting point of view.

Last Friday, I ~officially~ became a United States citizen after living in the US since I was only two months old. Also, March 1st is Bosnian-American Day in the state of Georgia. So, I decided to write about my two worlds colliding. I was born in Croatia to two amazing humans and brought to Atlanta. Ever since then, it has been all about embracing two very different cultures, while not losing any part of myself.

As a young girl, I always immersed in my Bosnian culture. I went to the Sunday school classes at our community center and was a member of our traditional dance team for 9 years, quitting only to go to college. My friends were all Bosnian. We only listened to Bosnian music. We only hung out with other Bosnian people. We giggled when the American kids couldn't understand what we were saying in Bosnian. It had never occurred to me that I had never embraced being an American until my sophomore or junior year of high school. I didn't do anything American. I didn't watch football -- I watched soccer and tennis. I didn't listen to American music -- I listened to Bosnian music. I didn't call myself an American -- I called myself a Bosnian, loud and proud to anyone that would listen.

During the summer of 2015, I went back to Bosnia. This was when I fully realized how isolated I kept myself from the non-Bosnian people in my life. In America, I'm the Bosnian girl. But in Bosnia, I'm not the Bosnian girl -- I'm the American. At first, it bothered me. I didn't know why my cousins were calling me American when I obviously spoke Bosnian and did all the "Bosnian things". Then, I realized that I LIVE IN AMERICA, OF COURSE I'M AMERICAN.

Since then, I started listening to more American music. I started watching football. I knew that I wanted to go to a big, SEC university. I applied to two schools: Bama and Georgia. It does not get more American than that. I rushed a sorority (G Phi till I die). I LOVE Migos (seriously, ask anyone).

While growing my American culture, I kept up with my Bosnian culture. I still jam out to my Bosnian playlist (#MotherlandJamz #IfYouKnowYouKnow), I go to Bosnian concerts, I have Bosnian friends all over the US.

The last 18 years have been a learning experience and the rest of my life will be one. It's not easy to balance two very different worlds, but I wouldn't have it any other way.

Nicole Marie Nigro
Individual Creator
1784
c1.staticflickr.com
Where to start...... Let me start with the cliche that life throws us curveballs and what we do with it is what counts.