As A Christian, I Don't Think Women Should Be Allowed To Become Priests

I'm all for equal rights, but there are just some lines that just shouldn't be crossed. 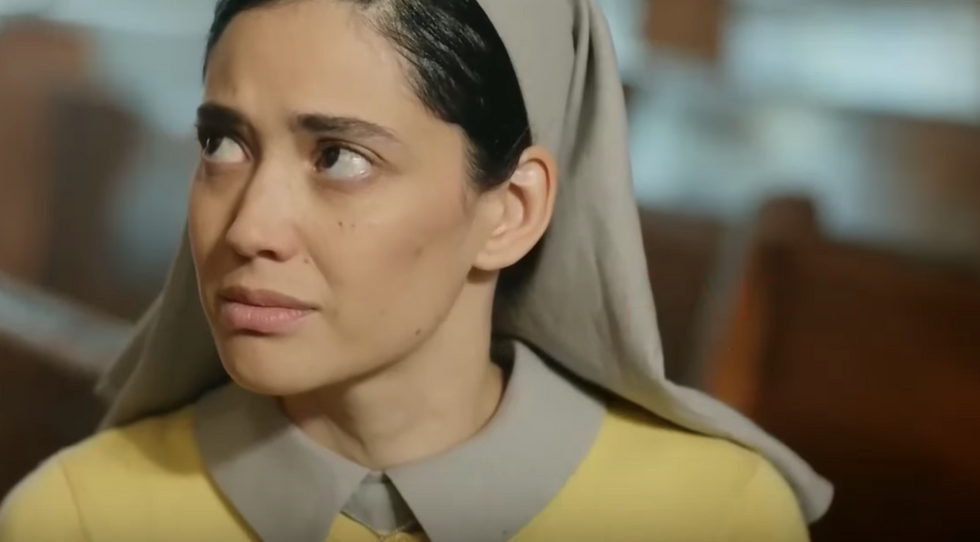 Now, several issues are covered in this movie. Such as Feminism, Equal Rights, Separation of Church and State, and gender roles according to religion. These are some hot topics, so let's dive in.

I just feel like the employers should judge based on skill set. I don't believe that a person's race/gender should be factored in unless the job specifically needs a certain look to be filled (i.e. acting). If a woman has the necessary skills and is proficient at her job, and there isn't a better fit from another equally skilled applicant, she should be given the job. The same is true for men.

The main thing is that we are different. Our emotional makeup is different. The way that we think, process things and are physically built. Also, our purposes on earth are different.

I don't believe that the Bible gives women the biblical authority to be in a position of power over men (1 Corinthians 11:3, 1 Timothy 2:11-14). This doesn't mean that God doesn't value women or use them to prophesize (Acts 21:9) and witness. It all just goes back to being created differently with different purposes in life (1 Corinthians 11:8-9).

Ok, now that we know where I am coming from, let's see if we can explore some answers for the many questions that hit me when watching this movie.

1. Is the reasoning used by the Catholic Church solid and the claim to tradition strong enough to justify their opposition to a female priest?

Well, in the movie their reasoning was "Jesus Christ didn't appoint a woman as an apostle" and their claim to tradition was that it had always been men in the positions of power. While both of these are true, I don't believe these are the strongest arguments. I personally feel that the Church should have focused more on what exactly the Bible says about women and authority.

Also, if you watch the movie, the plaintiff's attorney (Aaron Tveit) completely tears down the arguments of tradition and Jesus not appointing women as apostles, therefore stronger arguments are necessary.

2. Does Feminism have a leg to stand on or is this an issue that shouldn't have anything to do with woman power?

Of course one of the underlying themes in this film is feminism and women wanting women to succeed. Just watch how the defendant's attorney shows the bias of the psychiatrist who evaluated Alejandra's capacity to be an applicant to the seminar (discrediting her in the process).

But should those themes be a part of this discussion? I don't think so. I believe that this isn't a matter of equal rights, but a matter of God-given roles in life. It's about the fact that God appointed that authority to men and not to women.

3. Should the separation of Church and State play a role in whether legal action can actually be taken in this case?

There is a very fine line here. But overall, I believe that the justice system should have stayed out of it. I think this is something that should have been researched and proven outside of the courts, as it is a religious matter.

4. So, who is right? The woman or the Catholic Church?

I believe the neither are right based on their claims. I believe that God has made it clear that women shouldn't be in those positions of authority, but I don't believe that the Catholic Church's reasons (as mentioned above) were right. Nor do I believe that the woman was right for believing she was called to be a priest.

Overall, this movie gave me the opportunity to dig into what the Bible says about our roles in life and I am glad I watched it. If you have an opinion on the matter, feel free to share. I would love for y'all to dig into the answers biblically and see what God has to say about these issues!

equality
Report this Content
This article has not been reviewed by Odyssey HQ and solely reflects the ideas and opinions of the creator.