The Contribution of Zoos Towards Wildlife Conservation
Odyssey
CurrentlySwoonLifestyleHealth & WellnessStudent LifeContent InspirationEntertainmentPolitics and ActivismSportsAdulting
About usAdvertiseTermsPrivacyDMCAContact us
® 2023 ODYSSEY
Welcome back
Sign in to comment to your favorite stories, participate in your community and interact with your friends
or
LOG IN WITH FACEBOOK
No account? Create one
Start writing a post
Lifestyle

The Contribution of Zoos Towards Wildlife Conservation

Throughout history humans have made life for many species of animals difficult, and in order to compensate for it, zoos advocate animal welfare and greatly help the maintenance of this planet's biodiversity. 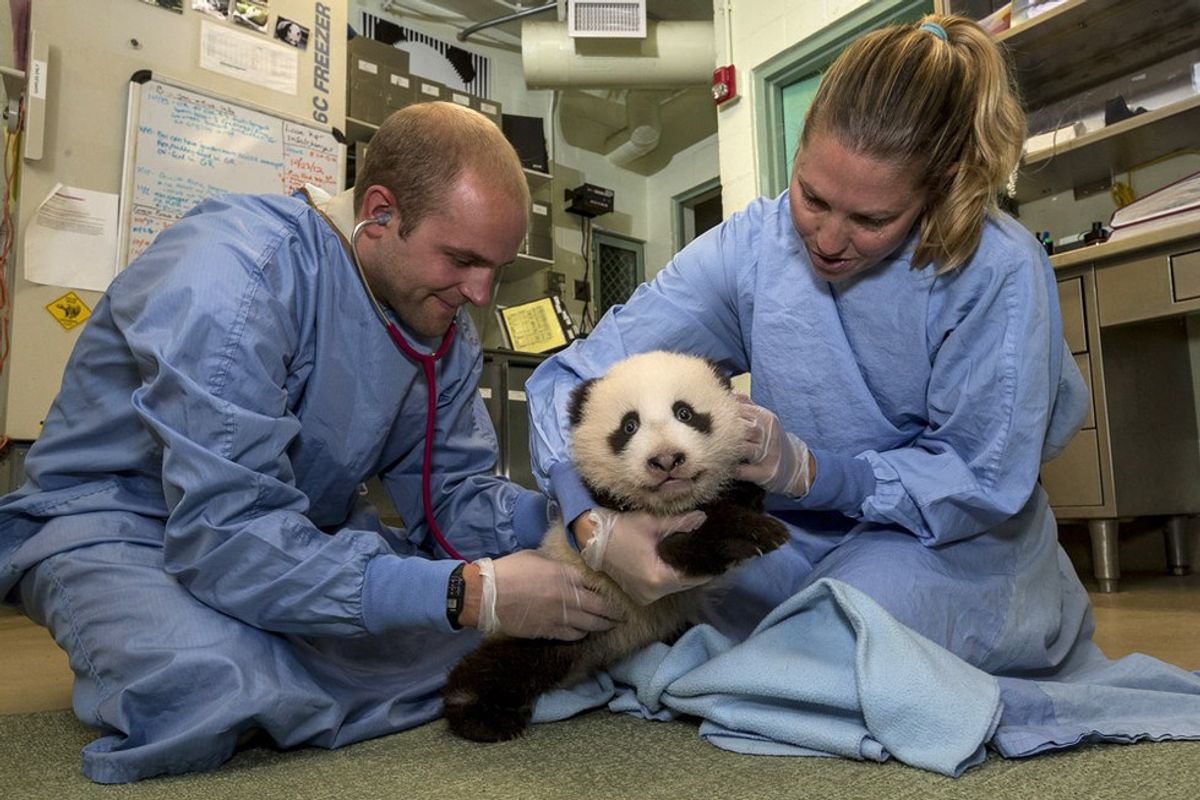 Humans have caused many species of animals to go extinct, and have pushed many others to the brink of it. Luckily, in order to combat the rapid rate of animal mortality caused by coexisting with humans, zoos operate towards a mission to conserve wildlife and improve the welfare of animals worldwide.

Over the last 47 years, the wild population of vertebrates has declined by 58 percent, and sadly, it is all due to us. Humans are hard to coexist with because as our population grows, more animals lose their homes or food sources. Losing needed sources and lacking places to live in is causing a tremendous shock in the wildlife population today. Habitat loss is the leading reason behind the alarmingly rapid decline of animal populations, and accounts for an 80 percent loss in biodiversity.

Even with the strongest efforts, controlling the rate of which humans destroy animals’ habitats is near to impossible due to the fast increase of the human population, consumerism, and recklessness. However, if we are unable to stop habitats from being destroyed, the least we can do is build them for animals to safely live in.

That is where zoos come in. Many people give zoos a bad name and wrongfully try to belittle their accomplishments. With wildlife being killed off and habitats vanishing, zoos provide healthy and stable shelter for animals. Animals in zoos have access to the adequate amounts of food that they need in order to be healthy, and live under constant veterinarian care, improving their welfare while elongating their lifespans. Conservation organizations can also thank zoos for helping them raise money and fund them, for a significant portion of the revenue gained by admissions and other purchases in zoos goes towards their projects.

Unfortunately, habitat loss is not the only peril that animals face today. There has been a cumulative death of over 73,000 elephants in Tanzania and Mozambique in the last five years due to poaching. While regulations, government interference, and efforts from conservation organizations are helping control the growth of poaching, they are not working fast enough.

The number of rhinos poached has only started decreasing since 2014, and resulted in the extinction of the Western black rhino. Man caused the demise of the Northern white rhinos, but later made it possible to raise their population size from almost extinct to near-threatened. Unfortunately, Northern white rhinos are extinct in the wild, but because of human care and breeding programs, there is still hope for repopulation.

One of the most significant contributions to animal conservation brought by zoos is through breeding programs, which directly increases the population of that given specie. The incapability of animals to breed contributes to the constant diminishing populations of wildlife. Under poor living conditions, the mortality rate of animals surpasses the birth rate, creating a negative pointing slope for its population. Also, one must keep in mind that childbirth always has its complications.

Due to the small pelvic size of squirrel monkeys, the offspring’s head is very large compared to the birth canal diameter, yielding a 34% mortality rate of newborns at birth. Hyenas also face immense danger during the childbirth process due to giving birth to a relatively large matured cub through an extremely narrow organ resembling the male’s reproductive organ. As a result of this excruciating process, about 70% of hyena firstborn cubs and 18% of first-time mothers die during childbirth.

Aside from the dangerous process, hyenas’ gestation lasts about 120 days, which is very long for predators, leaving them vulnerable to other predators. Under zoological care, expecting mothers are vigorously watched and taken care of, significantly decreasing the possibility of pregnancy-related health complications. Childbirth in zoological facilities are monitored and controlled by veterinarians and zookeepers, which protects both the mother and offspring, ensuring that both will survive and live on to further increase that specie’s population.

Zoos hold animals that have been seriously injured or have fled areas with danger from humans, and are responsible for much of the animals that are still left existing. If it was not for zoos, we could expect to have lost many more species of animals. One should not look at zoos as prisons, but instead, as facilities that provide as natural as possible homes for needing animals. AZA credited zoos give animals ethical and interactive habitats while scattering their foods in order to encourage natural behaviors such as browsing, scavenging, and foraging.

While the animals are living a healthy and safe life, the public is able to admire the majestic organisms and learn about them. Every zoo's goal is to inspire the people into somehow joining the effort, and share the appreciation that we humans should all have for animals. By educating the public and raising awareness about urgent conservation statuses, zoos increase the number of people working towards a world where animals can live with great welfare and prosper in the wild without disturbances from humans.

Nicole Marie Nigro
Individual Creator
6192
c1.staticflickr.com
Where to start...... Let me start with the cliche that life throws us curveballs and what we do with it is what counts.