How Journalism Gave Me Confidence As A Creative Writer

How Studying Journalism Helped Me Gain Confidence As A Creative Writer

Sometimes, all you need is a push. 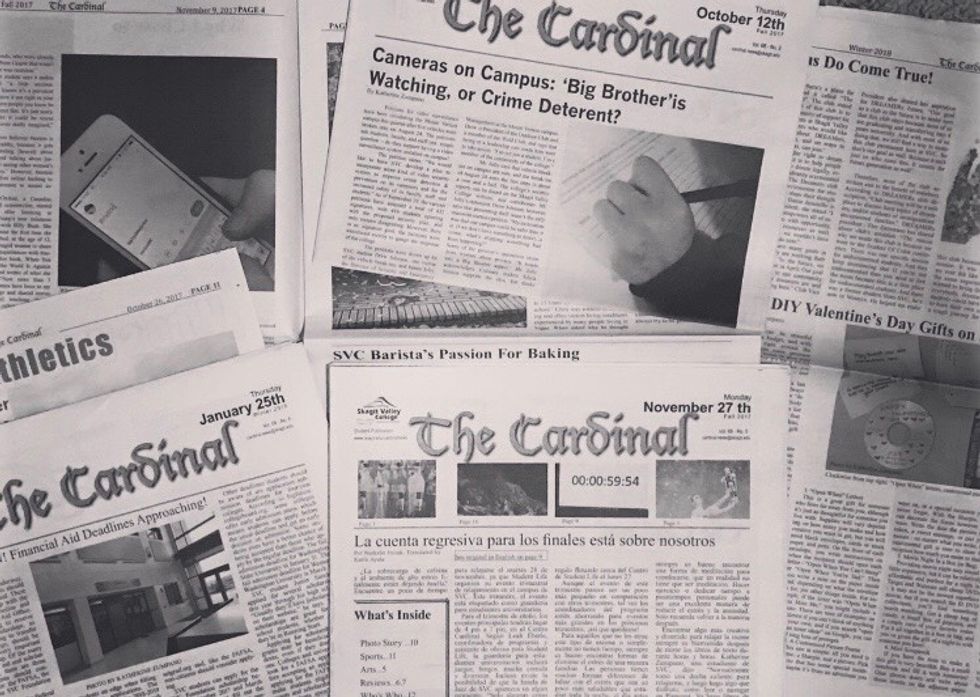 I spent a year studying journalism before I changed my major to creative writing. I didn't switch majors because, suddenly, I decided that I didn't like journalism, or because I wasn't good at it. As humbly as I can, I'd like to say that I was good at it. I was really good.

I've always wanted to be a writer. I don't remember exactly when I started writing — the earliest thing I can remember is writing song lyrics in sixth grade with my best friend. My dad found one of the pages of lyrics I'd written and told me it was good. Since then, I've experimented with poetry, fiction, nonfiction, and lyrics. Every medium gives me a new platform to create something new, and I'm sure I'll still be playing around with different forms of writing until I die.

During my last year at Skagit Valley Community College, I wrote around twenty articles for our student newspaper, The Cardinal. I wrote a variety of article types and eventually had my own column of movie reviews. I covered #MeToo and the shooting in Las Vegas. I published a photo essay with another student and wrote an investigative report on the cost of attending college. I was involved in my school community in a way I'd never dreamed, and I loved it.

My very first story was about a petition going around campus to install security cameras in the parking lots after several cars were broken into. I interviewed the student who created the petition, faculty, and students who were both for and against cameras, and even our Director of Security. I worked hard to create a story that would interest the student body, and it paid off. It was printed on the front page.

I was elated. I wrote something and it was published. Even better, it was front-page material. I was incredibly proud of myself. Not as a journalist, but as a writer.

I'm no longer a journalism major because I decided it wasn't for me. I've chosen to focus on creative writing, which is what I've wanted to do all along. Now, I have the confidence to do it.

Being a journalism student and getting my work published was a big confidence boost. It might not have been poetry or short stories, but it was still something I'd written. I always wanted to publish my writing but felt nervous about sharing my work, and this was just what I needed. If I hadn't taken journalism, I don't know where I'd be right now, but I'm glad I did.

hobbies
Report this Content
This article has not been reviewed by Odyssey HQ and solely reflects the ideas and opinions of the creator.