10 Classic Novels To Read This Summer, And Not Just The SparkNotes Version
Odyssey

10 Classic Novels To Read This Summer, And Not Just The SparkNotes Version

This summer, put down the Nicholas Sparks and pick up one of these instead. 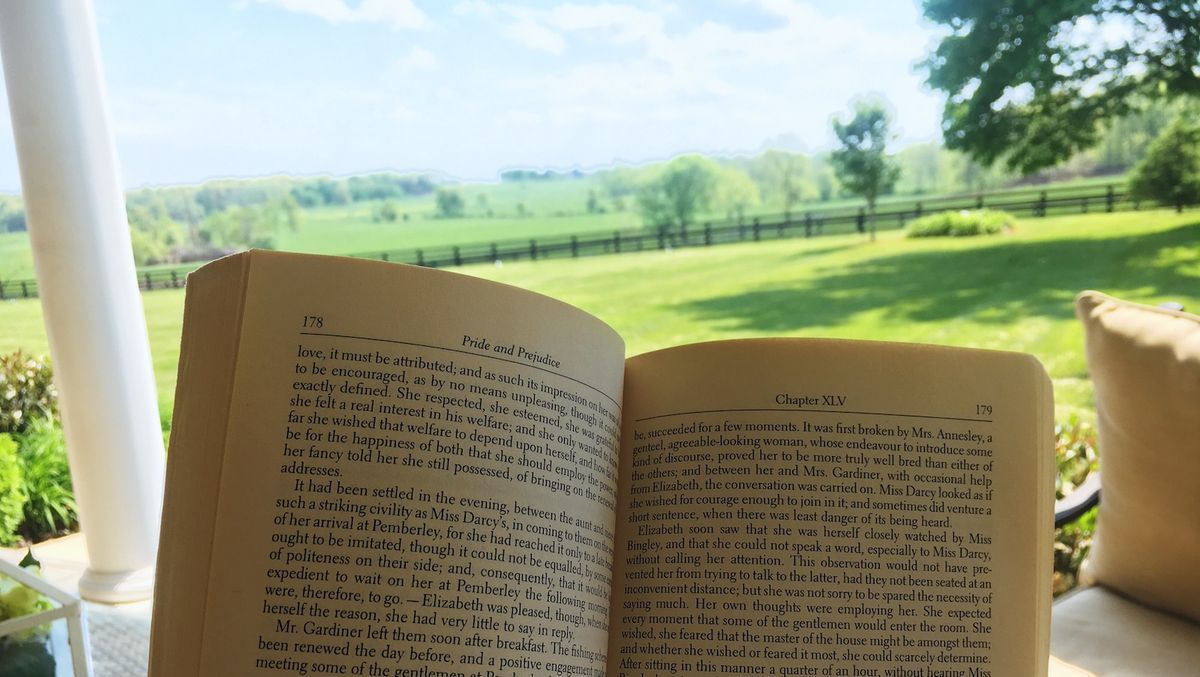 I have always loved reading, but I hated required reading. In high school, anything that my teachers assigned me to read, I immediately dreaded, as they were almost always boring, with little to no plot and written a million years ago.

Now, in college, I’ve picked up an English minor, and I have to read classic books all the time. I don’t know if it’s because I’m older, or its because I don’t have time to read anything but textbooks now, but I have a new-found love for them. Classic books are classic for a reason: they have stood the test of time, and send a universal message that will stick with you longer than that trendy romance novel will.

So this summer, put down the Nicholas Sparks, and pick up one of these instead.

1. Pride and Prejudice by Jane Austen

This is one of my all-time favorites. You may have skimmed over it in high school, but please give it a second chance because the story and the characters are amazing. Elizabeth Bennett is the kind of headstrong heroine I can get behind, and she won't let anyone or anything get in the way of her or her sister's happiness. Bonus points if you watch the movie with Kiera Knightly after.

2. The Catcher in the Rye by J.D. Salinger

This one will break your heart, fair warning. The unreliable Holden is simultaneously the most hilarious and the saddest character I've read yet. This one is perfect if you're having trouble coping with becoming an adult like most everyone does at some point.

"Call me Ishmael." With one of the most famous opening lines, this classic is about Captain Ahab and his crew's journey to defeat, you guessed it, Moby Dick. You probably know the general plot, but if you actually sit down and read it, you'll pick up on all sorts of allegorical and biblical references that make Melville such a genius.

I had never heard of this one until I was assigned it this past semester, and it quickly became one of my favorites. More than the plot, the narrator's sarcasm and commentary on human nature make this an easy read. Tom Jones is a flawed hero, but that makes him all the more relatable. Highly recommend this one.

We've all seen the movie, and some of you may have been assigned the book in high school, but I'm betting a lot of you haven't actually sat down and read this one. It's a short book, but it's worth the read because the movie doesn't include all of the quotes and symbolism that are at the heart of this story.

6. Little Women by Louisa May Alcott

This is a lengthier one, but I promise you won't be disappointed. Between Amy, Meg, Jo, and Beth, there is a character everyone can I identify with. Personally, I consider myself a Jo. Read the book yourself to figure out who you are, and watch them grow from little girls to "little women."

7. The Canterbury Tales by Geoffrey Chaucer

Okay, you all might hate me for this one. Thirty pilgrims, including a knight, a monk, a pardoner, and the Wife of Bath, set sail for Canterbury and compete in a story-telling contest. It's pretty difficult to read, but if you can get past all of the Old English and actually understand what it is trying to say, it's pretty interesting.

Did you know that Poe didn't just write creepy poems about ravens and hearts beating in floorboards? He also wrote detective novels before Sherlock Holmes was even written. If you love mystery novels and have already read all of Sherlock Holmes, give these a try.

9. A Separate Peace by John Knowles

Two best friends are constantly competing against each other at a Prep School. One of them is outgoing and adventurous and a natural leader, the other, the narrator, is not. Set in the background of World War II, this book is for anyone who has ever made a mistake that they've had to deal with for the rest of their lives.

10. To Kill a Mockingbird by Harper Lee

How can you make a classic book list without including this one? Jem, Dill, and Scout's childhood adventures combined with the racial injustice of the time period make this a novel you can't miss out on. Atticus defends Tom Robinson, a black man accused of raping a white woman, and while Scout doesn't entirely understand what's going on, readers will be able to recognize and identify with the injustices.

Emmaline B
The Narrative
65518
https://unsplash.com/photos/O0T1SIgHAfM