He was a hero on screen and in real life. 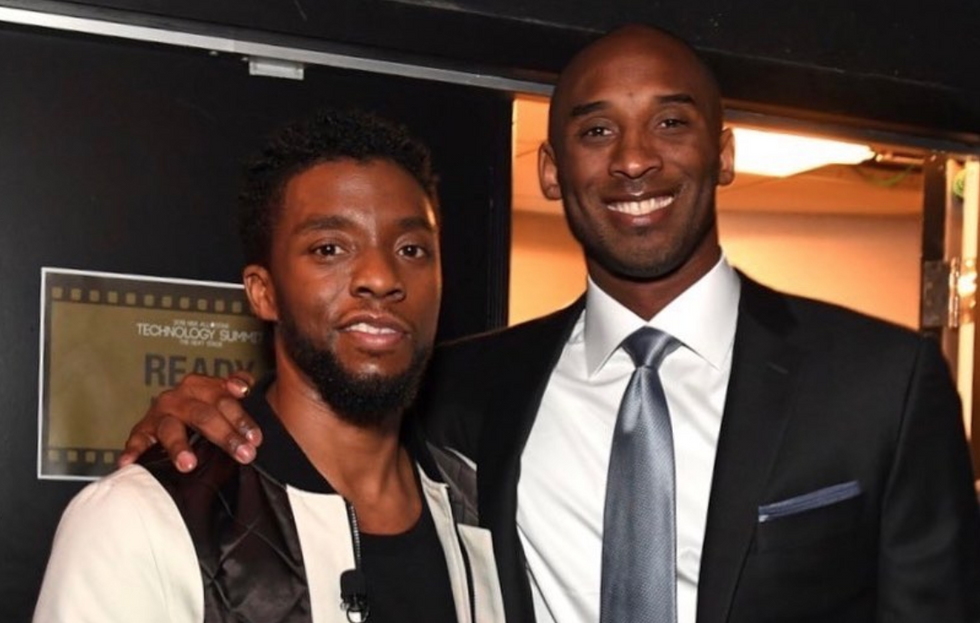 Growing up, we really didn't have a lot of heroes to look up to growing up that looked like us. Anything in media has always portrayed Black people in a negative light.

We're shown as the gangsters, the prostitute, the rapper. We didn't get to see ourselves as the leading role, the good guy, the superhero. But one man was able to give us that.

Chadwick Boseman started his career on the small screen on television for several years. He made his debut in mainstream playing prominent black figures. He played Jackie Robinson in "42" and that's how many were first introduced to him.

The first film I watched of his was when he played James Brown in "Get on Up" and he embodied the role of the King of Soul. He got to go on and play Supreme Court Justice, Thurgood Marshall, in his early years as a lawyer. But his legacy role was as that of the Black Panther.

He brought this comic book character to life and made him real. He showed that Black people can be kings and queens, can be warriors and strong leaders, can be skilled in technology and science. He wasn't just a leader of a fictional country, he was a leader in our community.

When the world found out about his passing, we were collectively in shock and disbelief. We had no idea that this man who looked healthy and joyful was battling colon cancer for the last four years.

He made seven films between his diagnosis and his death, all while having chemotherapy and surgeries in between. He had posted a video a few months before and people noticed that something was different with him.

While some thought that he was preparing for another movie, people made jokes and memes about his current image. It brings anger that even during a pandemic, people still want to be rude and horrible to someone not knowing what they're going through and then want to turn around and say "rest in peace" and try to jump to the respect the deceased side.

But the internet and God never forgets, be careful what you put into the universe because you never know what a person can be going through. Be kind and considerate of other people because you have no idea what they are fighting.

This man gave hope to a community that had been told "Black people can't be leads in film," or "a majority Black cast can't sell movies."

He proved the naysayers wrong. He brought Africans and African Americans, two sides that have always divided geographically, together to celebrate the continent of Africa for its heritage and its beauty that is not always portrayed in media the right way.

He became a hero for little Black boys and girls around the world and showed them that there can be heroes that look like them. He didn't let his illness stop him from living his dream.

I can see why he didn't disclose his illness because we would never have seen him be in the films he has left behind. He didn't want his cancer to define him and keep him from doing the job he's always wanted to do.

Studios would have thought he was physically capable of doing 12+ workdays on a set. But he performed and gave 110 percent with every role he played, no matter how big or small it was.

He was always humble and kind to every person he met. He never let the spotlight get in over his head. He stood at the podium of his alma mater, Howard University, and gave words of wisdom to the graduating class during his commencement speech.

Every award show he attended, he gave gratitude to the people before him and spoke on how representation was important to the current and next generation. He was respected by his colleagues and mentors for his work ethic and dedication.

He even visited children who were battling cancer and gave them brightness to their day, all while he was fighting cancer himself. Every interview he did, every speech he made, he displayed gratitude and grace that can be only displayed by a true king.

Watching his final interviews, he was always smiling and just full of life. Even though at that point, his cancer had gotten to stage four, he still continued to live every day he had left to his fullest.

He married the love of his life, he was honored by his community, he got to play the role, Black Panther, that he prayed for. He didn't let his diagnosis end his life there. He lived his life and went on to continue to do what he loved every day.

He got to make his dreams and millions of others come true. He got to be an inspiration to millions, he got to see people and hear how they changed their own lives.

The expression on his face showed that he was content because it wasn't about the accolades or the money, he wanted to be part of the change and show black people in a positive light. There's a quote that he once said that "When I meet with God, I would've given my talent with my very last breath."

He got to fulfill the purpose he sought in his life and we will celebrate and remember the legacy he made on this earth. My heart goes out to his family and friends as they mourn the loss of a son, a brother, a husband, and a friend. And if you are sad by his passing, it's okay. To grieve someone you never met shows how much of an impact they made in your life.