A certified liar might be the next president of the United States. 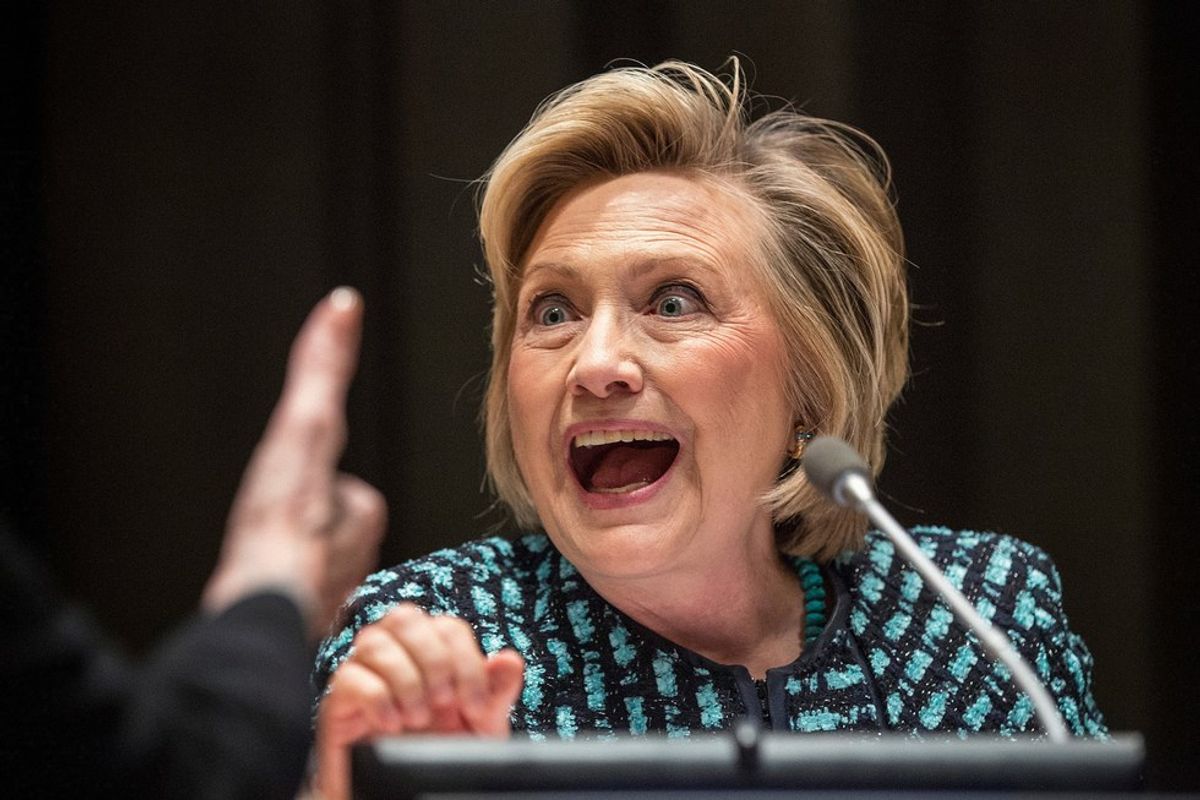 Hillary Rodham Clinton will be the Democratic nominee for president of the United States. It is a shame that one of the oldest political parties in the United States will nominate someone so surrounded by controversy. It should not be considered a right-wing talking point that she is a corrupt politician, the evidence is outlined below. Here are five of the most (in)famous lies said by Hillary Clinton.

1. She landed under sniper fire in Bosnia.

In 1996 as First Lady, Hillary Clinton made a trip to Tuzla, Bosnia. In a speech during the 2008 election cycle, Hillary Clinton claimed that after landing in Bosnia she was immediately under sniper fire. According to her, there was no greeting ceremony because her and her team had to run with their heads down into their vehicles. However, CBS News released a different account of the story. CBS accompanied Hillary to Bosnia and released footage which was starkly different than her account. Footage showed a greeting ceremony, with Hillary shaking the hands of young children. Upon being asked why she lied, Hillary said, “You know, I say a lot of things — millions of words a day — so if I misspoke, that was just a misstatement.” So in other words, “Yeah I lied, I’m a politician. What’s the big deal?” Listen, all politicians from all political stripes lie. However, few are as unapologetic about it as Hillary.

2. Chelsea Clinton was jogging around the World Trade Center on 9/11.

Hillary told NBC’s “Dateline” that on Sept. 11, 2001 her daughter Chelsea Clinton was out jogging and getting a cup of coffee right near the World Trade Center, while the first plane hit. Years later, Chelsea wrote a firsthand account in Talk Magazine claiming that she was watching TV in a friend's apartment as the planes hit. This lie is a smack in the face to all parents out there who had children whom were in actual danger on that horrible day. Hillary Clinton tried to capitalize on the 9/11 terrorist attacks and use it to her political advantage. That is disgraceful.

3. Her and Bill were dead broke upon leaving the White House.

Upon an interview with ABC’s Diane Sawyer, Hillary Clinton made a claim that she and her husband were broke after leaving the White House. “You have no reason to remember, [but] we came out of the White House not only dead broke, but in debt,” she said to Sawyer. “We had no money when we got there, and we struggled to piece together the resources for mortgages for houses, for Chelsea’s education. It was not easy. Bill has worked really hard. And it’s been amazing to me. He’s worked really hard.”

According to The Washington Post, Bill Clinton has made $104.9 million between January 2001, when he left the White House and January 2013, when Hillary stepped down from Secretary of State. Hillary Clinton tried painting a picture in the American people's minds that she somehow can relate to everyday, middle-class struggles.

Upon her claim being exposed as a lie, Hillary publicly stated she regrets saying it and also said, “At least I pay my taxes!” Yes, the woman who claims she will topple the top 1 percent is worth millions…and lied about it.

4. The Benghazi terrorist attacks were due to an anti-Islam YouTube video.

Four Americans died in Benghazi, Libya following a terrorist attack on our nation's embassy. According to those four families, Hillary Clinton told them those attacks were due to an anti-Islam YouTube video. She explicitly blamed the attacks on the film and promised the families she would go after the creators of this video. However, Hillary’s own emails and notes suggest that at that time she knew these attacks were a planned terrorist attack and not due to some video.

Hillary sent an email to Chelsea Clinton the night of the attack saying it was carried out by an “Al-Qaeda-like [sic] group.” Also, according to notes from a phone call that Clinton had with the Egyptian Prime minister the next day, she acknowledged, “We know the attack in Libya had nothing to do with the film. It was a planned attack. Not a protest.” So which party is lying? Either the families of the deceased are and Hillary never told them the attacks were due to a video or Hillary is and she also lied to the families.

Well, she was asked this question in an interview with ABC and she vigorously defended that she is not the liar. Looking at her track record, only an idiot living in an alternate reality could think Hillary is telling the truth. What incentive would these four families have to accuse Hillary of lying? Not only did Hillary lie to four families whose loved ones died in a terrorist attack but she then tried to paint them as the bad guys.

5. Her private email was used for personal use only and contained no classified information.

As Secretary of State Hillary Clinton conducted government business over her private email. What made his exceptionally unusual was that she not only used a private email but her own server. Usually somebody would use a server such as Yahoo or Google. Hillary made her own in her basement.

At the beginning of the email controversy she claimed that her private email on her private server was used only for personal use. Investigations by the Intelligence Community Inspector General prove otherwise. According to a letter written by him to Congress, emails on Hillary Clinton’s home server contained classified information on levels higher than previously thought, including a level meant to protect the most sensitive of U.S intelligence.

He said, “Several dozen emails containing classified information determined by the IC element to be at the CONFIDENTIAL, SECRET, and TOP SECRET/SAP information.” Hillary tried to pull one over on the American people by claiming that she is correct by saying nothing was labeled “classified.” We aren’t stupid, whether it was labeled classified, confidential, secret or top secret, doesn't matter. She still created her own email server to conduct government business and had information on there that shouldn’t have been.

With all these lies, Hillary will still get the Democratic nomination. One might ask why she would continue to lie after being exposed so many times. Hillary knows her supporters do not care about her individual ethics, but rather what she will do for them.

This is the same reason why Bill Clinton is still in the political spotlight, despite being accused of rape (don't Democrats pride themselves as the "party for women?"). The American people need to act soon because this certified liar may in fact be the next president of the United States, the most powerful position in the world.

Emmaline B
The Narrative
81666
https://unsplash.com/photos/O0T1SIgHAfM