Celebrating My Mom: Her Beauty and Strength

Celebrating My Mom: Her Beauty and Strength

Here's to the most inspirational woman in my life. 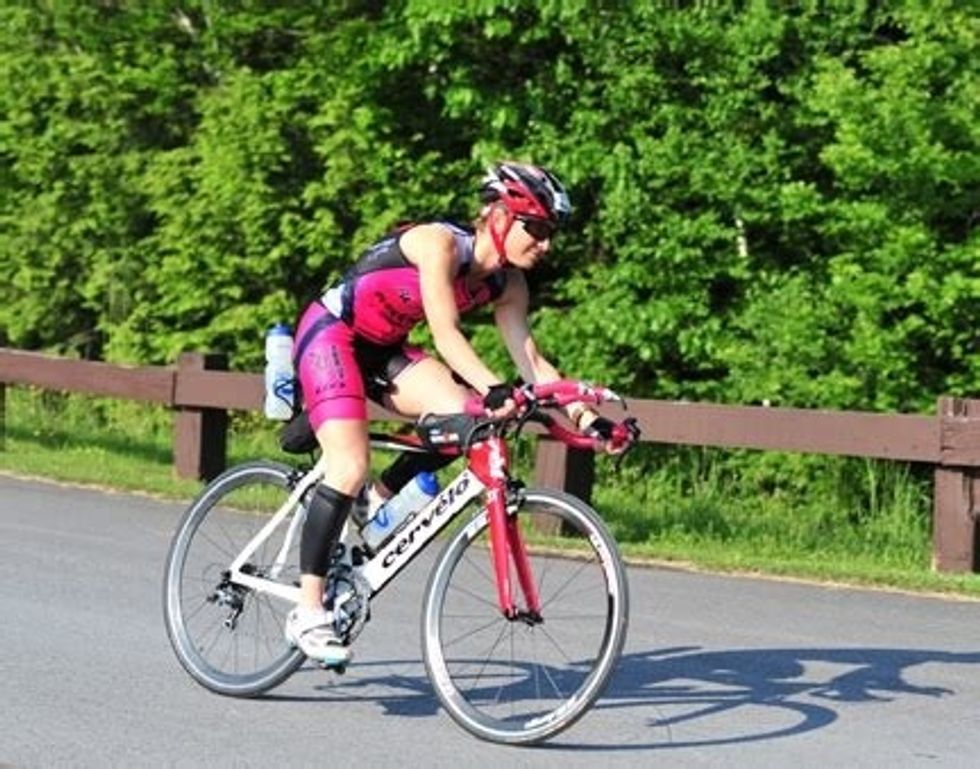 In observance of International Women's Day on March 8th, it is of paramount importance that we take a few moments to consciously recognize the women in our lives. We often call the women we adore by casual names like "Mom", "my sister", or "my girlfriend", and, usually, these nouns are intimate enough to replace their names---but not today. Today is for appreciating you, Melanie Daugherty, my mom---not as my mother, but as a human whom I hold with the highest regards.

It is easy for me to recall the innumerable times you've embraced me (even though I considered myself to be a disappointment), forced me to put my qualms into perspective, or insisted I put my aspirations into action (because "can't is too lazy to try") ; but, the magnitude of your accomplishments shouldn't always be measured by its impact on me, however, if it were to be, let it be the times you've inspired me.

Mom, I have always appreciated you, but I truly began to define you as my idol during my sophomore year of high school. During this time, I began experiencing shame in my identity. I was an athletic girl, but suffered from body dysmorphia, as well as a misunderstood and pessimistic perception of my inner thoughts. I became very introspective and was completely fixated on thoughts of worthlessness and lack of purpose. I assumed chronic fatigue was just a characteristic of being a teenager. In me, you recognized a past version of who you once were. I cried to you and you embraced me in your arms. My deteriorating state of mental health was not your burden, and you refused to let me define myself by diagnoses and prescriptions. Recognizing your success and triumph over anorexia and depression motivated me. I was so proud to be your daughter. Knowing that confidence and appreciation for the world was possible to achieve accelerated me into a period of self-reflection and determination. I wanted to trace your template of self-improvement with my footsteps and create a new image of myself---one that would reignite my childhood "spark".

You're not just my hero for saving me, but for giving me someone to admire. You live your life without limitations. Competing in the 140.6 mile Ironman triathlon is an accomplishment in itself, competing in the Ironman World Championships in Kona, Hawaii is even more incredible, and completing eight of these triathlons is enough for most people to call you "crazy" rather than by your name. Your greatest demonstration of strength however, was not through athletic prowess, but through mental and emotional perseverance.

Losing your best friend to breast cancer was almost inconceivable because no one ever wants to acknowledge it as a possibility. What people also try to forget, is that it is just as possible for their lives to be taken from them. After learning to cope with your best friend's death, you were diagnosed with stage three breast cancer. Watching you grow progressively weaker was enervating in itself. This wasn't a reality I was able to accept as truth, partially because you were my mom, but also because your strength was an aspect of you that I didn't think could ever be taken from you---and I was right.

Although your complexion grew pallid and your body could no longer sustain itself, your mindset remained the same. You would not accept a last breath, and you ensured that every breath you took reiterated that. You demonstrated to me that positivity is the panacea that combats a discouraged mind.

Mom, for you, I am proud. I am grateful to have lost sometimes, because without loss, I wouldn't have been able to realize my strength, and I wouldn't have realized that if you hadn't been my anchor.

22 Quirky Quotes To Keep You Moving Onward And Upward

11 Traits And Quirks You Relate To  As A Textbook Pisces

How to Identify Authentic Items at the Thrift Store