November is Native American Heritage Month, and we need to do better. 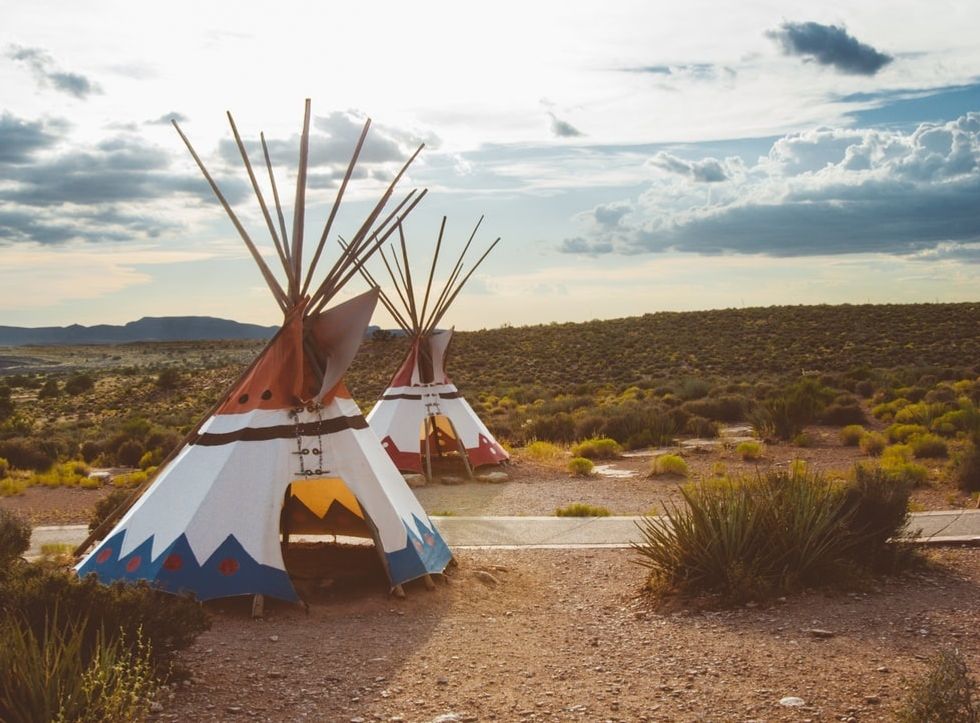 Significant events in October and November are focused on American history and culture. Columbus Day is for celebrating the man who discovered our country, Thanksgiving is about the unification of pilgrims and Native Americans, Halloween is about dressing up as anyone you want, and Black Friday is about getting the craziest deals for your holiday shopping.

All of these events may be fun and a time to relax with family and friends, but the way we have been taught to celebrate is not reflective of the true history of this country. November is Native American Heritage Month, and we need to do better. We need to spread knowledge of what really went on in our nation's history. To start, let's discuss Columbus Day.

American public education has conditioned us to praise Christopher Columbus on the second Monday of October as the magnificent man who founded our country, but this is the farthest thing from the truth. He was a man who came to this continent and enslaved indigenous people, taking some back to Spain to sell into slavery. Native populations rapidly decreased due to the sexual and physical abuse, and slavery that Columbus and his men forced onto people. He was not a hero; he came to destroy lives and colonize land that was not his.

In recent years, Columbus Day has shifted to Indigenous People's Day, which is a more fitting concept. Rather than celebrating the "discovery" of our country and the genocide and terrorism that came with it, it is encouraged to reflect on the past of Indigenous people, and celebrate their flourishing culture.

Next comes Halloween, where the most important thing to avoid is cultural appropriation when picking a costume. When people try dressing up as Native Americans, it mocks their culture which is entirely disrespectful. Indigenous Americans have endured a history of tragedy and abuse, and wearing a satirical Halloween costume that attempts to represent that is very inconsiderate. Instead of being ignorant about cultural appropriation during Halloween, people are urging others to celebrate and support Native designers and their incredible art.

Thanksgiving is a very common holiday where we were taught that the Native Americans and the European pilgrims came together to unite peacefully, and we should give thanks to those around us for that reason. But, to no surprise, this is not true in its entirety. Thanksgiving is meant to commemorate the white colonizers who came to Massachusetts, and eventually made "friends" with the Wampanoag tribe when in reality, this was the beginning of an ongoing period of genocide for the Native American tribes. White colonizers used the Natives for their agriculture skills, and when more settlers arrived, the growing unity was quickly broken.

The day after Thanksgiving is widely known as Black Friday, where stores have prolonged hours and hard to beat sales on the best products. People do not realize the light that is taken away from Native American Heritage Day, which also occurs on the day after Thanksgiving. The fact that this is rarely known is insulting to Native American culture, which is very rich and deserves to be memorialized.

says a Native American about Black Friday. Yes, it can be a fun day, but we should encourage moving Black Friday, or bringing more consideration to the Indigenous population.

This fall, get educated on the truth of our past. Be sensitive with your Halloween costume for all cultures. Sit down with your family to feast on an amazing Thanksgiving meal, but do not forget what happened hundreds of years ago. Celebrate for the right reasons, not for the genocide and oppression caused by white colonizers. Celebrate the fact that Native American culture still lives on today, and has a lot of knowledge to offer to those seeking insight.

Indigenous people have lived beautiful lives, and we need to help them spread awareness about their culture.