How To Catch And Tame A Wild Unicorn

How To Catch And Tame A Wild Unicorn

Though elusive and mysterious, they are not impossible to keep as pets. 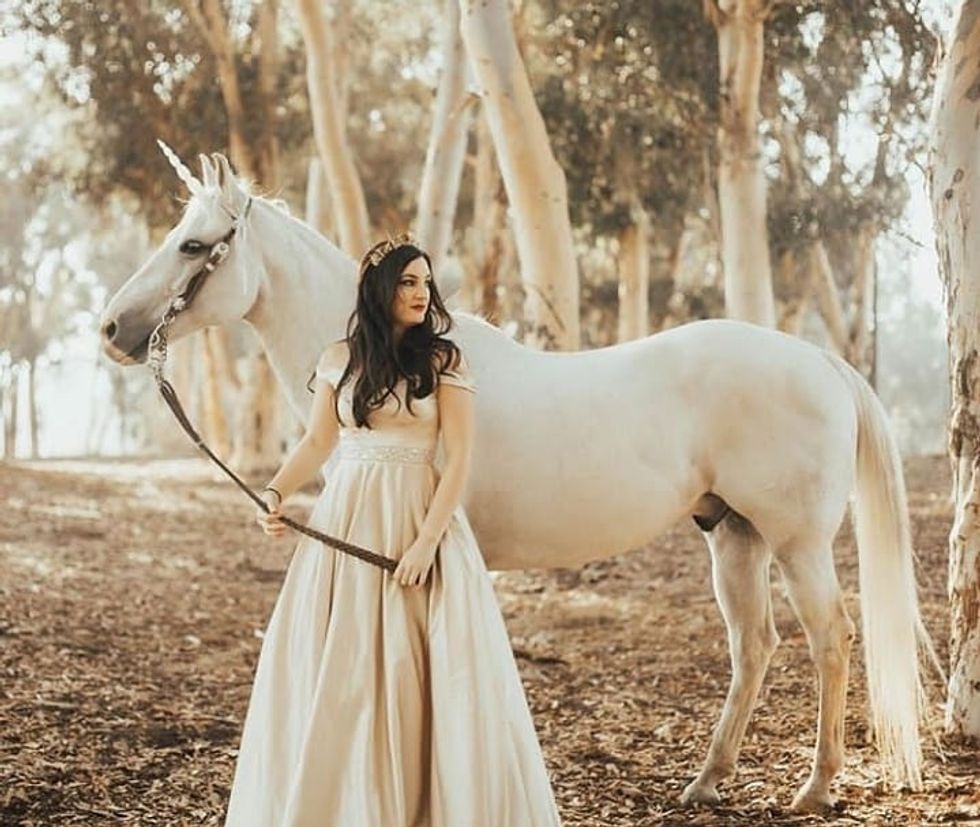 Unicorns are a mythical and legendary animal depicted as a beautiful horse with a single horn. They are not rhinos or narwhals or that weird deer that was killed in 2014. They do not have wings either, those are pegasi. Unicorns are more perfect than any animal to have ever lived — you'll know one when you see it.

Unicorns have many powers that can be exploited for human use. They can teleport, have magical healing powers, can turn anything into pure diamond, and can make any water drinkable. Females have a musical neigh, while males have super speed. Also, a female unicorn with purple eyes is capable of giving birth to healthy multiples.

On the off chance you DO come across one of these ancient creatures while strolling in the forest, what should you do? Scream and run the opposite direction? Of course not! You should catch it and teach it tricks as all humans do.

To capture a unicorn takes a lot of time and patience. They can easily outlive and out-magic you any day, so you must be cautious to not let it believe that you are trying to catch it.

If it's a female unicorn, you must sprinkle one handful of pine needles over your feet to keep them silent. Once you are close enough to touch it, don't touch it! Pull out your monkey tranquilizer and give it a full dose to knock it out. Then you have yourself a female unicorn!

For male unicorns, sprinkle the pine needles over your chest to help your scent blend in with the rest of the forest. Once you have spotted the unicorn, keep your distance — they are likely still mad over the fact that you took their female. When you think you have a good shot, pull out your bison tranq and give it a full dose of that. Now you have a male unicorn!

To transport them home, you must fasten them in a harness and have them airlifted to your home by helicopter. If you try to do anything else they will evaporate. Make sure to land in the enclosure that they will be living in at your house.

In order to prevent the unicorn from transporting, you must keep them in a pen made of rainbow steel. The rainbow part of the steel dampens the unicorn's powers as well, making it easier for you to tame them. Make sure to keep butterflies in the enclosure as well! They are crucial to the health of a unicorn — without them, they would get sick and eventually die.

Unicorns are not like horses that can take years to tame. They are more intelligent than dogs and monkeys and thus learn very quickly. They have the personality of a cat, though, and rarely care to learn or are too stubborn to do what you want. Their weakness? White roses. They love to eat them. Use white roses as a treat when they do what you ask of them.

I recommend never trying to ride one. Even though the rainbow steel dampens their powers, their happy magic would still affect you so profoundly that you would feel extremely depressed once you got off. There are no known cases of a person riding a unicorn and not committing suicide shortly after.

Female unicorns can only breed once in their life, so make sure you choose the right male and that you take good care of your unicorn baby. The baby will also have special powers the parents don't such as being able to do complex math, super strength, can vomit rainbows, and have sparkly diarrhea.

There you have it! These are the basics to taming a unicorn. Before catching one it is recommended that you thoroughly research unicorn care and be sure you can commit to one. After all, once unicorns reach maturity they live forever. Stay magical and enjoy your unicorn!