A New Yorker’s Perspective On Moving To Virginia

A New Yorker’s Perspective On Moving To Virginia

The story of a Carpetbagger in Williamsburg 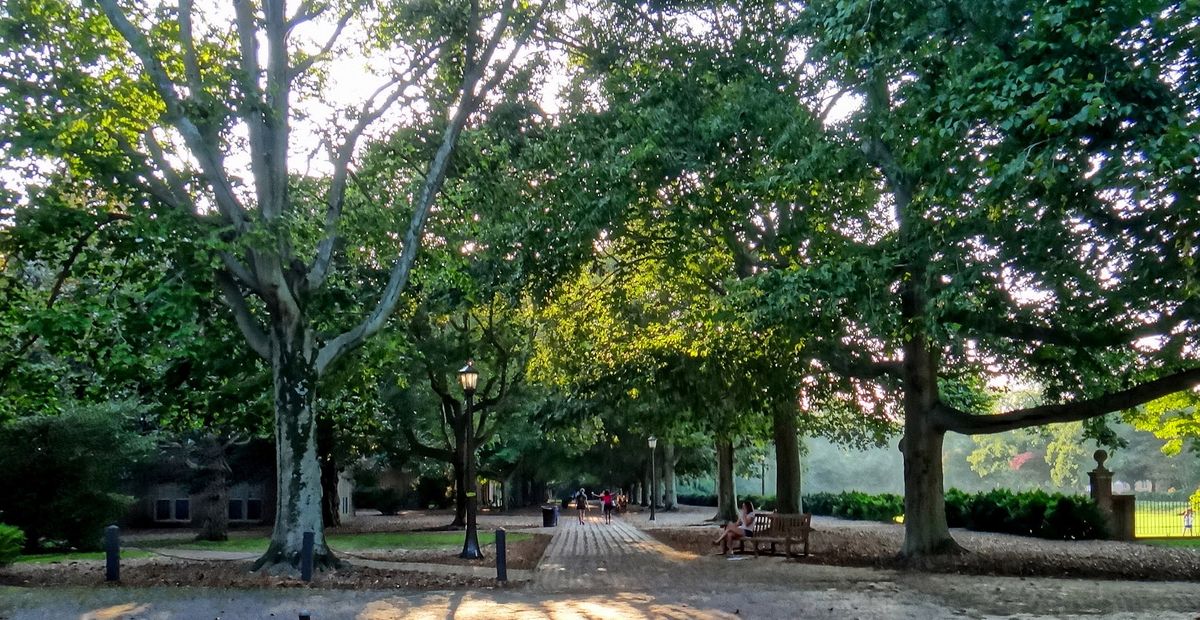 In retrospect, moving to Virginia wasn’t the massive culture shock I thought it would be. It’s definitely much more humid here at the College of William & Mary that it ever was in my hometown, the quaint village of New Hyde Park, New York. Williamsburg is closer to the equator. There are certainly more “Southern” accents to be heard here (at least what my New Yorker friends and I would consider Southern. The sweet tea is better. Nevertheless, as with any move, it certainly took time to get used to.

The fact that I was moving away nine hours from home was one of them. Past the New York City skyline, past the seemingly endless New Jersey rest stops (complete with Chris Christie portraits), beyond Maryland, and glorious, marbled Washington D.C. lay my new home.

An hour away by flight, nine by Amtrak, and eleven by Greyhound bus. I’ve yet to use the first. Good old Williamsburg. Part college, part living history museum, and all the swampland and trees one could possibly conceive, all rolled up into one Virginian package with a side of liberal arts education. Breathing in the warm and humid Southern air, I began to explore the intricacies of my new home.

My first true initiation into the Ways of Williamsburg (W.O.W) was walking through the College’s campus for the first time as an incoming student, rather than as a visitor. I was now a member of the Tribe, having exchanged my suburban house for a forested dorm in Gooch Hall. My first meeting with my roommate was an interesting one: he was from the Southwest Virginian countryside. I, from a Long Island village no less than an hour away from the “Greatest City in the World,” as described by the hit musical Hamilton.

I marveled at where I had come to be and how different our lives were. I also learned a lot: my whole life had been a lie. Virginia was not the South. Well, it was the South, but this part wasn’t. “No, below us is the South.” In a way, this reminded me of my own thoughts on New York. I still believe everything other than Long Island and NYC in New York is upstate. My echo chamber of friends and family will reinforce this belief until the day I die.

I was also exposed to a new idea, a new concept that I found incredibly funny in its own way. Back in Long Island, people had a certain perception of the South. It received a fair amount of verbal abuse in my liberal, Democratic AP Government class. I understood it as anything south of the Mason-Dixon Line.

That is anything under the north border of Maryland. My friends saw it as the land of conservatives and rednecks. I was urged jokingly to “stay safe” and “remain liberal.” Having been to Virginia only three times previously (twice visiting the college and the other a drive to Disneyworld), I really had no idea what I was in for. Heck, I was only one of two people in my grade even going to VA! I had absorbed all of these views on the South, only to have them nullified with the words, “this is not the South.” But I digress. I made another startling discovery, this time about myself, in the first conversation I had with my roommate. He exclaimed jokingly: “you’re a carpetbagger!”

For those who don’t know, “carpetbagger” was a term applied to Northern businessmen who came to the South post-Civil War to profit off of Reconstruction. It was never intended as a term of flattery. I found my new title to be absolutely hilarious. It added to my joy that my roommate happened to be the one who had brought the rug for our dorm. I’ve shared this story with a lot of people and it has yet to not entertain any Virginian audience. In writing this, I hope the joke still holds up. In a strange, almost incomprehensible way, being called a carpetbagger was the beginning of my transition into college life.

I’ve come to really love living here at William & Mary. I’ve taken fun classes, joined great clubs, and am now a writer for this magical platform. I still of course, still miss home time to time, but the concert poster hung over my bed ensures that I get to sleep under the New York City skyline. When this carpetbagger goes to sleep, he can’t help but simultaneously love his new home while missing his old one.

Note: My family, friends, and East Asian Civ professor still consider Williamsburg the South. While I assert to all Virginians I meet that I know it isn’t the South, my private beliefs stick with those of my fellow Northeasterners.