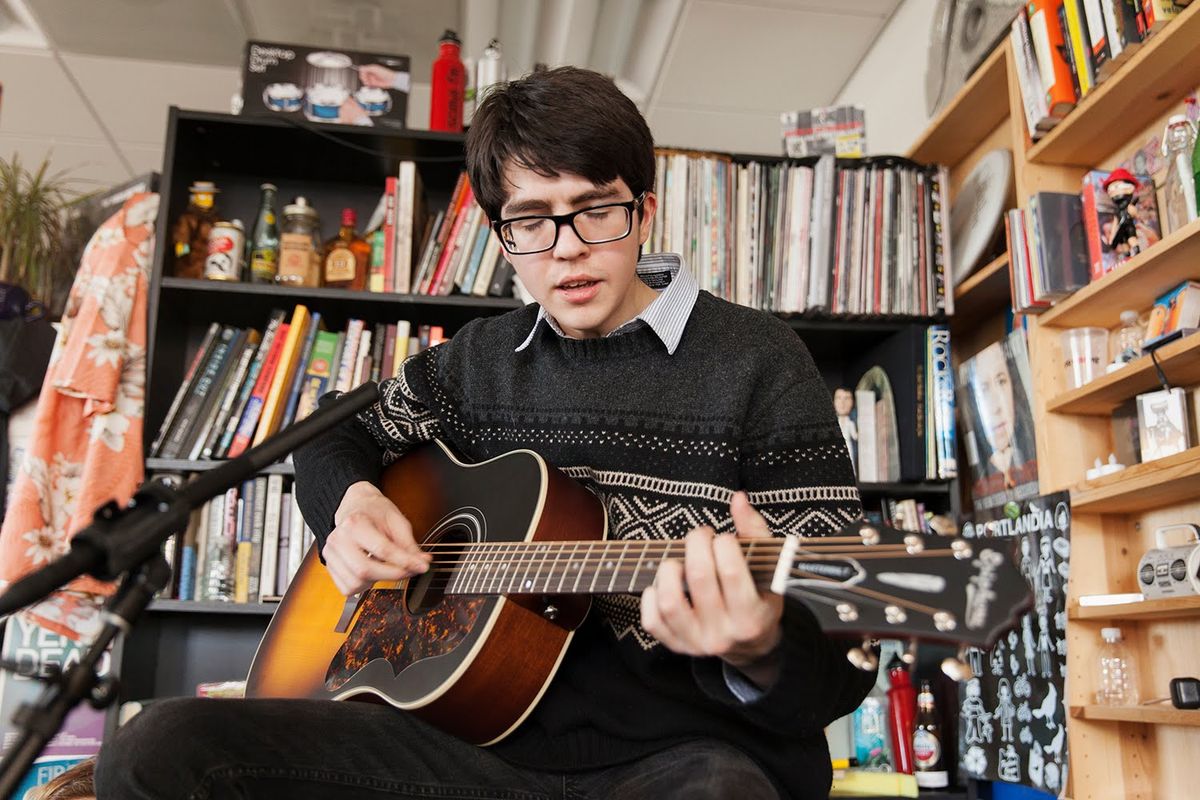 With some of Car Seat Headrest's albums disappearing from Spotify, I was inspired to make a list of my least favorite to favorites of their albums.

Nervous Young Man is my least favorite CSHR album. That doesn't mean it's not a good listen. Will's albums are far more consistent then Weezer's discography that I wrote about previously. All of these albums were pretty close, and on another day could be in a completely different order. Nervous Young Man is just not where I would start with the band.

This album is a gem. It was the last album I got around to in the discography, and well, I wasn't disappointed. It's worth a listen if you are into the same lo-fi stuff Will's early albums consist of.

Teens of Style is a good album, I just don't think it lives up to Will's earlier stuff, and it was kind of disappointing for his first studio release. That aside, it is one of my favorite album covers. But I suppose that isn't really relevant. Teens of Style has some great tunes. Honestly, it would be higher if I wasn't so completely obsessed with the albums above it.

4. How To Leave Town

Probably Will's most experimental album sound-wise, it was the final album he released free of a record label. It's a great lo-fi album. I certainly wouldn't suggest starting with it if you are only getting into Car Seat Headrest, but it's worth a listen if you are into lo-fi music, and definitely worth a listen if you like some of the band's other stuff.

Honestly these last three albums are pretty interchangeable. Teens of Denial is where you want to start with Car Seat Headrest. It's the band's second studio album, and by far the most accessible -- not that Will and the band completely abandon their lo-fi sound here, but it clearly has been more heavily produced. Some of my favorite CSHR songs are on here, like "Joe Gets Kicked Out of School" and the seven minute epic that is "Vincent." Anyway, if you haven't listened to them before and want to give them a shot, here's where you should start.

I'm honestly so sad this isn't on Spotify anymore. God, I love this album. "Beach Life In-Death" is without a doubt my favorite twelve minute song ever. Some people might call it cringy, but I really love the lyrics and raw instrumentation. It was Will's very first album, when he was recording stuff in the back of his car. I just can't help but have a soft spot for this album.

1. My Back Is Killing Me Baby

I personally prefer the versions of "The Drum," "Sunburned Shirts," and "Something Soon" on this album over Teens Of Style, which is why Teens of Style is ranked so low on my list. I just really love this album at the moment. It's far from the best CSHR album, but currently it is my favorite. I mean it's probably the most underrated CSHR album there is. It has everything Teens of Style had, but it's done in Will's old lo-fi style.

So to recap the listening order I'd suggest for the Car Seat Headrest discography, start with Teens of Denial followed by Twin Fantasy. If you want more, go to Teens of Style, and follow that with Nervous Young Man. Then, listen to Monomania and My Back is Killing Me Baby. Finally, if you've made it through all of that, you should listen to How to Leave Home.