Do you know how to find a clam, or do you just wear a cape cod bracelet? 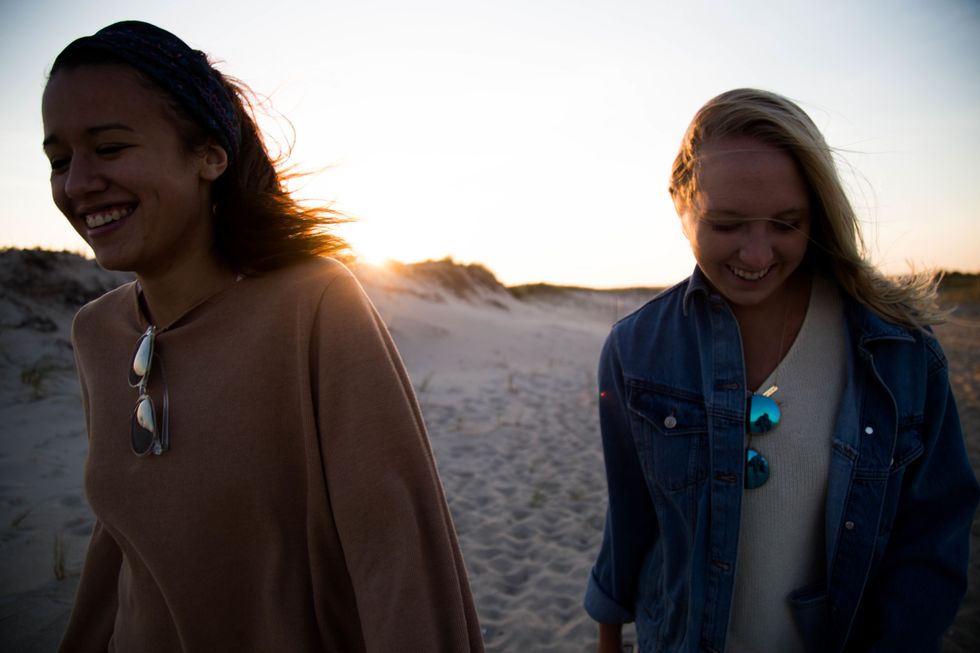 You know you are almost home when you reach the bridge.

The way to know if someone actually spends time on the Cape is if they say ON THE CAPE. You are not "in Cape Cod," and you aren't "at Cape Cod." It is as simple as that. It is the test of all locals, and let me tell you, locals will notice, and they will correct you. Similarly, it is scALLops not scALEops.

C'mon. I know we are all wicked smaht here.

The Cape Cod Baseball League, Shark Week, Eden, "Jaws," and the infamous "Summer Catch" are all the well known associations with Cape Cod. That being so, they are not what a summer on the cape is really like, and if they think it is, it's more likely a local will rip your arm off rather than a shark. That is the evil of tourism and television, and the beauty of loyalty, community, and pride.

Instead, it includes beach bonfires, diner breakfasts, and lots and lots of seafood. It includes drives and country music. It is dropping by at a friend's house after work just to say hi. It is nights spent at the Squire, Irish Pub, and the Woodshed.

One of my favorite things about the wonderful arm of Massachusetts is the quality of the ice cream. Boy, is there no better place to get a scoop or two. And wow is one scoop a real scoop.

Wake up at 6 a.m. to see Cape Codder elders drive into town in their old fashioned cars, sipping on a cup of Chatham Cookware's coffee. If you are saner than that, drop by Cumberland Farms, for a large iced coffee at the most affordable price of 99 cents.

The cape isn't just lobster rolls, clam chowder, fireworks, summer weddings and the fourth of July. Contrary to popular belief, people live there year round. This place explodes in the summer with people from all over the world. It's quite a popular place to retire. When it winds down and the winter comes, it turns into a ghost town.

But, the year goes round, just like the numerous rotaries, and we all find our way back, whether we are a local or simply a summer kid.

It is the magical place people describe it to be. That is why even the locals come back.

Every summer I say it is my last, and now I am up to summer number 4. Maybe next year the tide will turn, but thanks to Chaucer, "the tide and time waits for no one."
Related Articles Around the Web
Report this Content
This article has not been reviewed by Odyssey HQ and solely reflects the ideas and opinions of the creator.