I Can't Even Walk 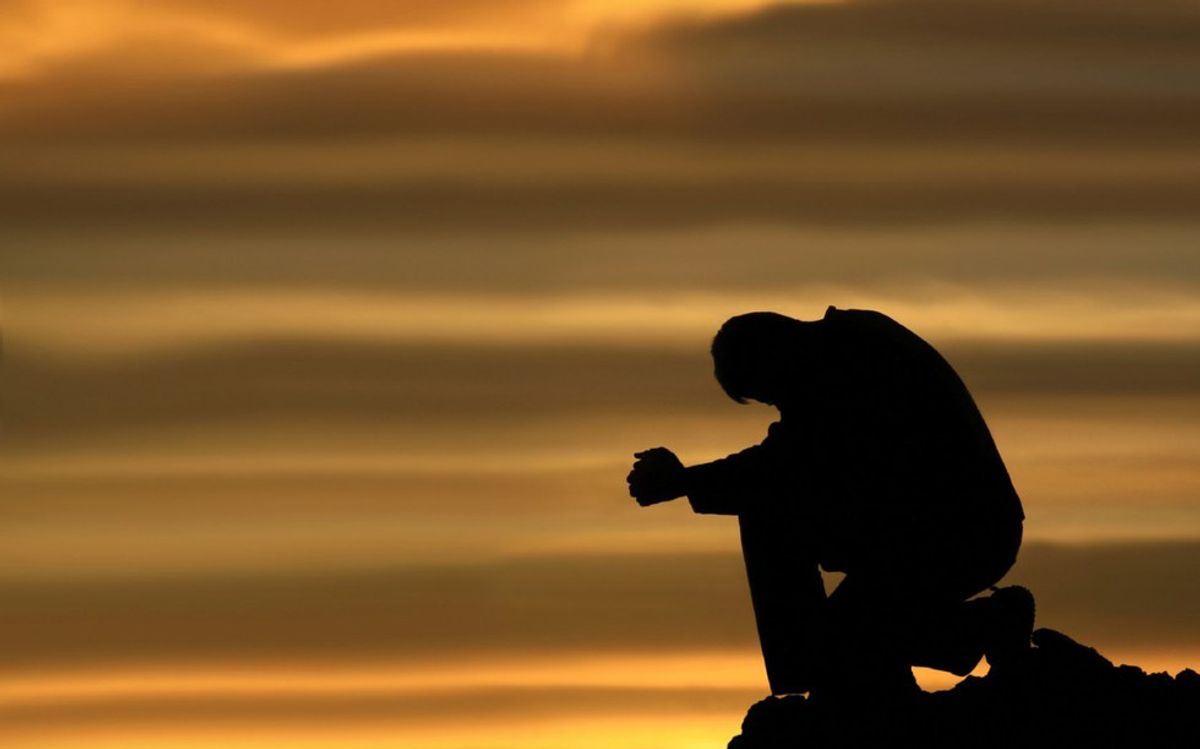 One of my favorite country artists is Cody Johnson, an overlooked and underrated good ol' boy from West Texas. His best song is called "I Can't Even Walk (Without You Holding My Hand)" and from the title, I would have thought it was about the love of his life.

What I heard wasn't big guitar solos or drunken Texans talking about the wonderful women on their arms, but an acoustic guitar and the voice of a man who struggled with his life until he found God again. When I heard that, I realized how far I've gotten away from God and from Church.

Throughout my trials and triumphs in college, I know that I've been selfish in a lot of ways- even freshman year when I went to Church I wasn't there mentally, it was just part of a routine, you know? I left the good Lord out of my life for such a long time, a lot of relationships have fallen apart because I wasn't keeping to my morals and what I was taught- and boy did I get my ass kicked for it. I didn't get into any physical altercations, but my mind kept on making me fight myself- which is exhausting, mind you.

Something that I think a lot of college students have to deal with is the idea of growing up or "adult-ing", and learning to be self-sufficient. That is something that needs to be learned, don't get me wrong, but it can be overshadowed by the thought of depending on only one's self- and that doesn't work, I can tell you firsthand.

I got away from the idea of faith: it wasn't that I didn't believe anymore, it just kind of faded away as I was trying to deal with the other demands of college and work life. But, that did teach me an important lesson- you don't get anything if you don't put any effort into an endeavor; be it work, athletics, school, family, or faith.

"The mountains too high/ And the valley's too wide/ Down on my knees, that's where I learned to stand."

The above lyric is perhaps the biggest (no pun intended) problem I faced. I dealt with loss, self-deprecation, disappointment, and an empty feeling that still comes around every now and then. Basically, I felt as though my world was falling on my shoulders. But it was when I was at the lowest point that I had been in years that I found God again. I was driving, pissed off as all Hell- just mad for a whole lot of reasons and couldn't think of a way out of it. My phone's audio was plugged into the car's stereo system and the strumming of that beautiful guitar came on and I actually turned my mind off and listened to "I Can't Even Walk" the rest of the drive, and I felt like a ton of weight was lifted.

I still struggle with going to Church and I'm nowhere close to being the perfect Christian, but I keep God in mind when I get frustrated, pray when I can, and turn on "I Can't Even Walk" to remind myself I'm not alone- and I think that'll work for now.