California's Wildfires Have Made Me Rethink My Relationship With The Environment, And You Should, Too

California's Wildfires Have Made Me Rethink My Relationship With The Environment, And You Should, Too

Wildfires are ravaging the West Coast, but I didn't really know what that would mean for us. So, I did a little research. 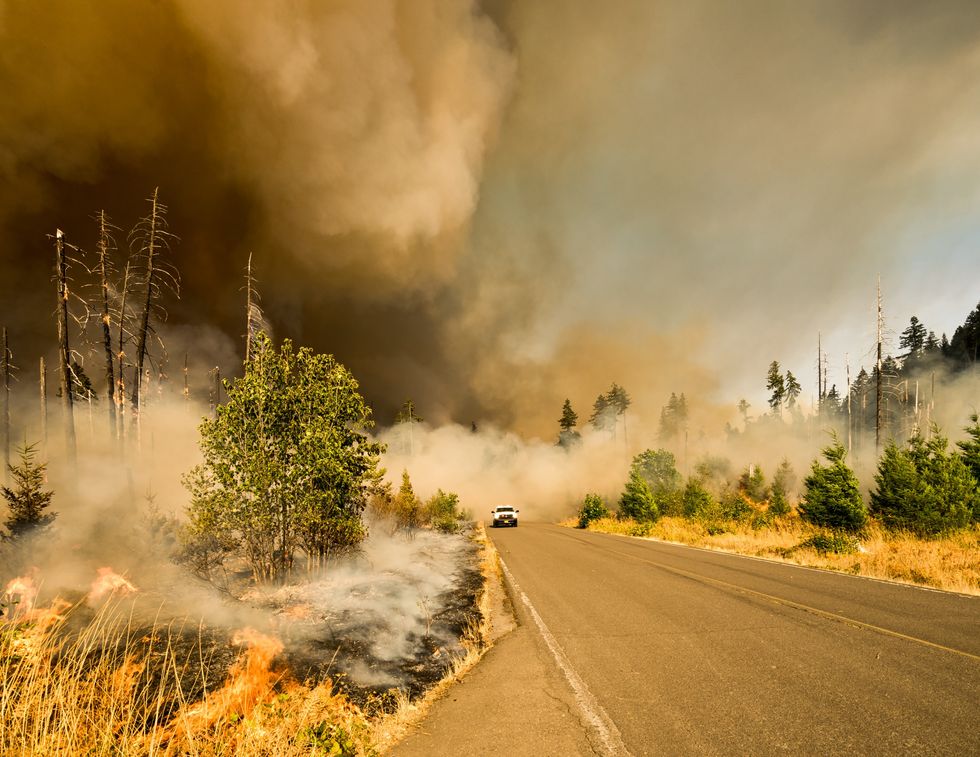 Photo by Marcus Kauffman on Unsplash

Wildfires—they've been dominating the headlines lately, but what exactly are they?

Wildfires are a natural part of ecosystems, but the amount of fires and the damage they're doing isn't.

Wildfires exist, essentially, as a reset button for ecosystems in a couple different ways.

The first, and easiest to see, is that fires clear out dead organic material from the ecosystem. Without fires to clear out this decaying biomass, plants and animals would be unable to reach nutrients in the soil and certain species wouldn't be able to survive.

The most interesting element of wildfires, in my opinion, is that certain plant and animal species need them to survive. Without wildfires, they could not complete their life cycle.

Certain plant species, such as the pine tree, need fires in order for their seeds to germinate. And the endangered Karner blue butterfly caterpillar only eats a plant called lupine. And lupine is one of those plants that cannot survive without fire.

So without wildfire, this destructive force, some animals and plants could not survive.

And finally, wildfires can help control a population of invasive species. Native wildlife are typically adapted to the threat of wildfires with skills of burrowing or fleeing when they sense one coming. But invasive species will not have that behavioral skill and can either be controlled or completely removed from an area with the help of wildfires.

But on the flip side of wildfires, we have the parts we know all too well: disastrous health effects, destruction of infrastructure, and increasing frequency and intensity of wildfires due to climate change.

With the most recent wildfires in California, we've all seen the pictures of the horizon blanketed in smoke and heard the stories of California citizens with headaches and breathing issues. Most of us in the continental US have even experienced our own lesser version of the smoke as it moved across the country.

And even worse, these effects of eye or respiratory issues can last long past the smoke clearing if the damage is substantial enough.

And while we're talking about health, did I mention the burn and smoke inhalation risk for those nearest to the fire and first responders? The first responders face the threat of severe injury or illness or even death from these factors.

Pictures of burned towns and homes have been all over the news lately, and it is hard for any viewer to be unaffected by the stories of the people who live there. The fear and anxiety is unparalleled for those individuals. Losing everything in a pillar of smoke takes a horrific toll on mental health. Mental health issues may be the hardest thing to heal following a fire.

Now, you might be thinking: how can half of our country be engulfed in wildfires and the other half be wading through hurricanes? The answer is easier said than explained.

The increasing frequency and intensity of wildfires is due to climate change. Wildfires, specifically, are happening more often because of higher temperatures, stronger winds, and droughts. These variables naturally occur in California, simply because of its geographical location, but the severity is getting exacerbated due to the ever-reaching hand of climate change. And unfortunately, unless there is major systemic change, it is only going to get worse.

These two sides seem impossible to mitigate. How can fires that are so devastating to humans be so necessary for plants and animals?

Well, the reason that fires are so devastating is because of climate change. And there is a way to help lessen the dangerous impacts.

Prescribed burns have been a tradition on indigenous land for generations, and the rest of the world is finally starting to listen.

First of all, what's a prescribed burn? A prescribed burn is a fire set and watched by management to encourage those nutrient and life cycles and lessen the risk of high damage wildfires like the ones ravaging California right now.

When prescribed burns, done by experts and fire staff, are used, the ecosystem is nudged back towards equilibrium.

Because when humans throw the carbon cycle out of whack and abuse the environment, we throw every aspect of the biosphere out of balance. Using prescribed burns is a way for us to right some of our wrongs.

We can fix our colossal mistakes with colossal change. But we have to start now.


To quote Smokey Bear, "Only YOU Can Prevent Forest Fires."