But Baby It's Not A Date Rape Song
Odyssey

But Baby It's Not A Date Rape Song

This timeless classic sing-a-long is being taken way too out of context. 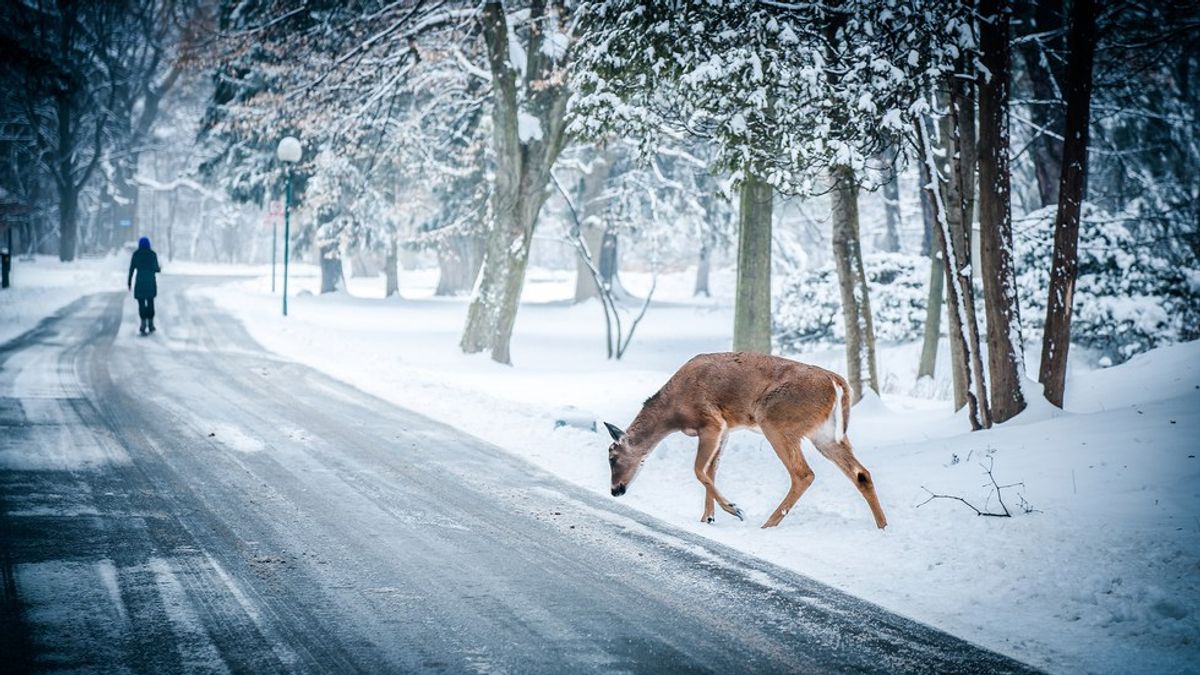 I heard something a little weird last week and I have been wracking my brain for days about; the Christmas time classic, Baby It's Cold Outside originally written in the 1940's by Frank Loesser. Don't know who that is? Neither do I. But the song has been replicated by many artists, new and old. What I thought was a fun classic to be sung in the car, or while decorating your tree and drinking hot chocolate has been turned into a song about date rape. Sounds ridiculous, I know... So I started looking into it, listening to the words a little bit more and if you're looking for it to be a sinister song, then you'll find it. Anybody can twist the words of someone else to sound sinister, so let's break it down real fast:

This evening has been (been hoping that you'd drop in)
So very nice (i'll hold your hands, they're just like ice)"

The song starts out with the woman telling the man that she has to leave as he interrupts her every sentence. A little rude, but nothing crazy...he does this throughout the entire song. Let's move on...

"My mother will start to worry (beautiful what's your hurry?)
My father will be pacing the floor (listen to the fireplace roar)

This is where it starts.. She starts to think about her family and what they will think when she doesn't come home while in a snow storm. I know my mom freaks out when she even hears about snow, God forbid it was actually snowing and I wasn't home. But then she agrees that "maybe just a half a drink more" wouldn't be so bad.

"The neighbors might think (baby, it's bad out there)
Say what's in this drink? (no cabs to be had out there)

I wish I knew how (your eyes are like starlight now)
To break this spell (i'll take your hat, your hair looks swell)"

"The neighbors might think..." What? That you're doing the walk of shame? Maybe you are, but maybe it is because of the snow that was falling and the drinks you were having... He is handing out compliments that I could see being suspicious, but let's keep in mind, he isn't holding a gun to her head telling her she better stay or else.

I really can't stay (oh baby don't hold out)
But baby, it's cold outside"

She did try to leave, but then SHE CHANGED HER MIND, maybe she really didn't want to leave. Maybe he was so charming that she didn't mind the compliments, she was the one who came to his house, don't forget that.

She did say no, but here she is, still back and forth with him when she could have left already.

Whose sister wouldn't be suspicious, we're women, we gossip, ESPECIALLY when it comes to guys! And I know my brother, whether or not he's younger than me is protective of his older sisters! And here she is having another cigarette with him because she still can't make up her mind.

"I've gotta get home(but baby, you'd freeze out there)
Say lend me a coat(it's up to your knees out there)

You've really been grand (i thrill when you touch my hand)
But don't you see? (how can you do this thing to me?)"

Doesn't he see... that she has a worrisome family and that she's a big girl and making up her own mind?

And she's made her decision, here when she says that there WILL be talk tomorrow/there WILL be plenty implied. And also when they together sing "Baby, it's cold Baby, it's cold outside." She's not leaving under her own free will. She's staying because she wants to.

Stop letting the shit world that we live ruin a classic song that was sung originally between husband and wife at parties. They were leaving or staying together!

I'll let you come up with your own conclusions, but this is what mine is. And as a disclosure, I am in no way shape or form making excuse for women being trick or drugged into staying with a man. I have opinions on that for another day. Let me know what you think about this being either a date rape song or a classic Christmas sing-a-long.