What Hogwarts House You Belong To Based On Your BTS Bias

What Hogwarts House You Belong To Based On Your BTS Bias

Forget the official quiz, this is all you need to know your true Hogwarts sorting! 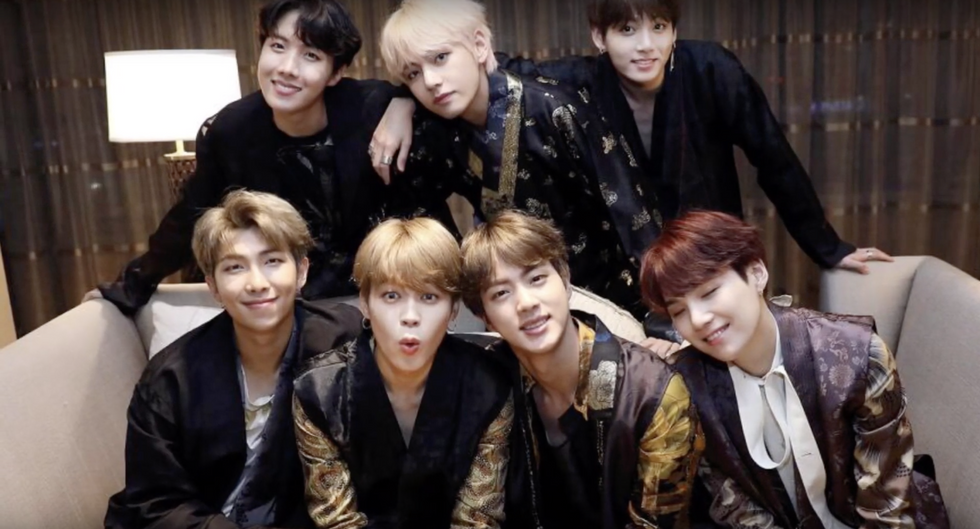 BTS share many qualities with all of the Hogwarts houses, but I feel that each relates more to a certain one. I think that they all portray the best parts of each house.

Some are born leaders, some cunning and witty, and others show strength through their positivity. Regardless, it is a fact that they would be the heroes of the story. If you are reading this, don't forget that you are also the hero of your story.

No matter what your house, focus on the traits that will make you a force for good in this world.

Hobi didn't name himself J-Hope for no reason! He is our designated sunshine boy and the one that must demonstrate positivity and happiness.

Hoseok is one of the kindest members. Hufflepuffs are known to be hardworking, patient, loyal, and humble. These qualities match this amazing boy perfectly. He is such a loyal member of BTS and ARMY.

He always works hard to be a better songwriter and dancer. This guy always has something uplifting to say to his group mates and to his fans. I admire how supportive he is and how he goes out of his way to encourage others. He is a true Hufflepuff!

Jinnie is definitely a Hufflepuff. As the oldest member, he is incredibly impatient with his younger brothers. No matter how much they tease him, he always plays along.

He is also super hard working. That is shown with how much he has improved (from how amazing he already was) since debuting. Jin is one of the sweetest people you will ever know!

The fact that he pushes aside his shyness and acts silly in order to brighten the members day, shows how selfless he is. He shows what a Hufflepuff should be!

Ravenclaw's are super intelligent, which is definitely our leader Namjoon. His IQ is off the charts, and he is one of the most mature and well-spoken members.

While many would argue he is Gryffindor, and he surely has the characteristics, I'd argue that Ravenclaw's are just as powerful and display similar leadership skills. Ravenclaws are eager to learn, and I see that in how RM is always working to become a better dancer, rapper, and leader.

He is consistently educating himself and most of all working to be a better person and role model. They are full of wisdom, which is what I think of when I think of Joon.

No has inspired me more from BTS with his advice and how he always shares his encouraging thoughts with ARMY. His is a true Ravenclaw.

Ravenclaws are known to be smart, creative, and march to the beat of their own drum. Tae is a true character, who is both serious, emotional, quirky, mature, and silly all at once.

He thinks very differently, which makes his mind quite unique. They are very accepting of others and celebrate others. They value the things about others that they might not see themselves.

I see this in the way he compliments the members and the way he encourages ARMY to be themselves. Not everyone sees him for his wisdom, as he is one of the youngest, but his thoughts are so mature and inspiring.

He shows how a Ravenclaw can be.

Jungkook would surely be sorted into Gryffindor. Although the youngest member, he shows great strength. Gryffindors are of course very talented and powerful, which is what our golden maknae is.

They are also brave and daring, and I see that so much in him. He was courageous to leave home so young to go for his dreams, and he has always shown that he is not a fearful person.

Jungkook always jumps headfirst with everything he does. Moreover, Gryffindors will always stand up for what they believe in and for others. The most important thing about Kookie is that he cares deeply for ARMY and his members.

He will always fight for them and put them first. He is the best part of Gryffindor.

ARMY's know how much of a sweetheart Yoongi is, and that he really has the biggest heart. However, you cannot deny his sass and cleverness. He'll always be the ultimate savage boy, and we love it!

Slytherins are very ambitious. Min Yoongi has shown through his music lyrics that he was very ambitious in order to become a famous and better rapper, even when it caused him pain.

He wanted power and success and has since been able to turn that into something positive which shows that Slytherins are not always negative.

They are not evil, instead, they can have hearts of gold and become real role models! Yoongi has shown that no matter what hardships you experience, you can work through those struggles and come through to make something beautiful, without losing what makes you who you are.

As angelic and sweet Jimin is, he is definitely the ultimate Slytherin. All you have to do is watch Run BTS episodes to know he is the most sneaky, and willing to do anything to win.

He is a very competitive boy. Also, there aren't many people as ambitious as him! He is constantly working to improve and be better. This displays how he uses his Slytherin qualities to excel and to inspire others.

Really, as much as he has a Hufflepuff-like soul with his gentleness and love for people, his Slytherin will always shine through. I wouldn't change a thing about this cunning, sneaky, sweet, smart guy!

You are brave, smart, kind, and you are sunshine. Embrace all the best parts of you.