The Boston Bruins have options on defense

The Bruins can reinforce the left side internally or through trade. 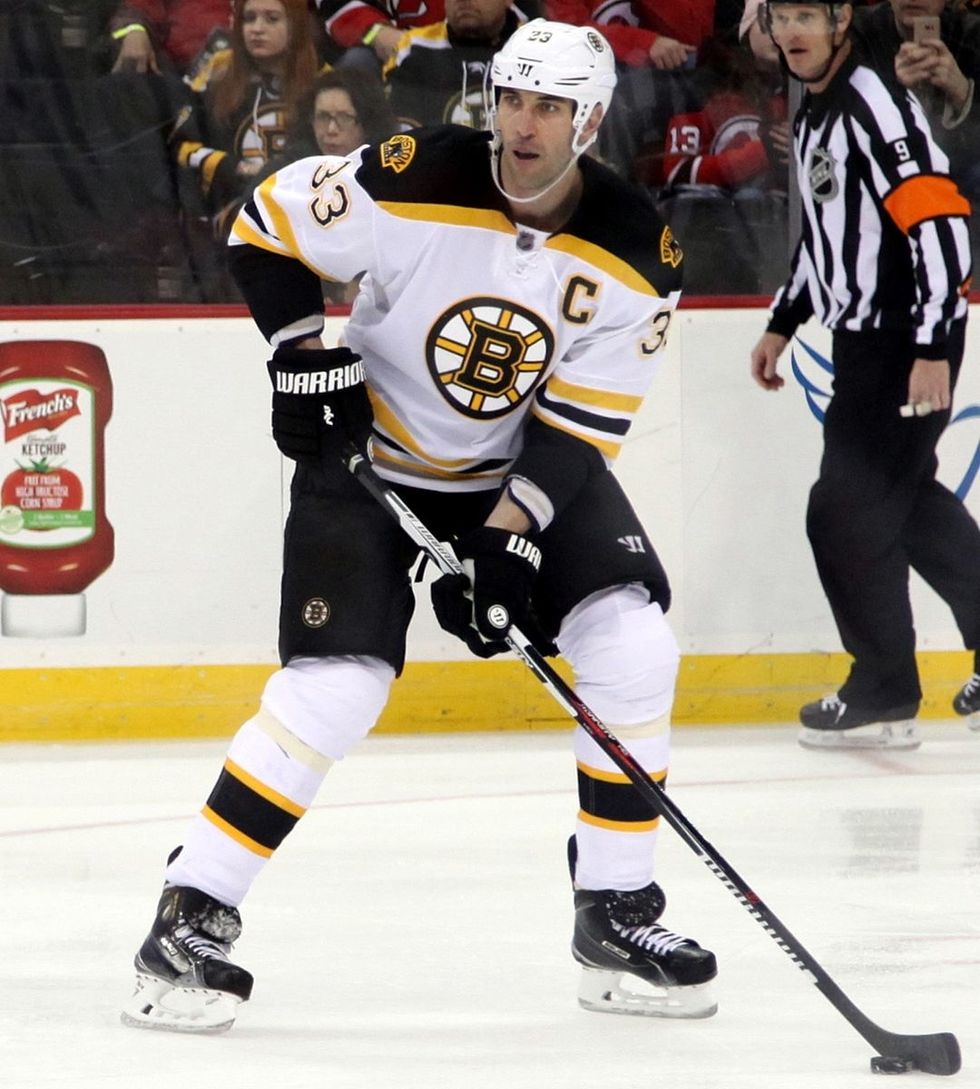 The Boston Bruins, after falling short in the second round of the postseason to the Tampa Bay Lightning, have some needs they need to address before considering themselves contenders for the Stanley Cup.

If you asked Bruins fans what they think is the team's biggest need heading into the 2018-19 season, and the majority will have the same answer: a top-four left defenseman.

Currently, the Bruins left defensemen are Zdeno Chara, Torey Krug and Matt Grzelcyk. Chara, the captain of the team, recently signed a five million dollar extension to remain with the team for another year, but he is now 41 years old. Torey Krug is an excellent offensive defenseman and has provided the Bruins with two 50 plus point seasons the last two years, but is only 5'9''. Grzelcyk just finished his rookie season and surprised many within the Bruins organization, earning a spot not only this year but for next season. He is currently a restricted free agent and is essentially "Torey Krug lite," another 5'9" defenseman with good puck skills.

With age and size as a question mark for the Bruins defense, the talk during the offseason has been about how the Bruins can get bigger and improve after falling short against a bigger, more experienced Lightning team.

Since the end of the Stanley Cup Final, rumors and opinions have been thrown around, suggesting that the team should look into bringing in players through trade. Most notably, Noah Hanifin, a local kid from Massachusetts, currently playing for the Carolina Hurricanes, has come up often in trade rumors. Carolina, with new owner Thomas Dundon and recently hired general manager Don Waddell, has made it known that they are willing to part with certain players after they won the right to pick second overall in the NHL Draft after the draft lottery.

Carolina is particularly deep on defense, a position in which they are youthful and hold high potential with players like Hanifin, Jaccob Slavin, Justin Faulk, Haydn Fleury, Trevor Van Riemsdyk, Brett Pesce and Jake Bean in the organization.

The Bruins have been linked to Hanifin for many years, dating back to when he entered the draft in 2015. The day of the 2015 Draft, Don Sweeney, then the newly hired GM, shipped Dougie Hamilton and Milan Lucic out of Boston in return for prospects and draft picks, including two picks in the first round that sandwiched their own pick, giving them three straight selections at 13th, 14th and 15th overall.

With Dougie Hamilton gone, a whole was left on the Bruins defense, in need to a new player that could eat the big minutes Hamilton would on the blue line. There were rumors that the Bruins could use the new picks they acquired to move into the top three of the NHL Draft in order to select Hanifin, but Sweeney never pulled the trigger and made the three selections he had.

With one of the three first round selections, the Bruins found a left-handed defenseman of their own, Jakub Zboril. Zboril hasn't played in an NHL game quite yet, but is coming off his first season of professional hockey with the Providence Bruins, providing 19 points in 68 games for the AHL squad.

In the same draft, the Bruins selected another left-handed defenseman in the second round: Jeremy Lauzon. Lauzon fought the injury bug this season and never appeared to get things going after, but looked strong before the concussion and could be an important piece on the Bruins defense.

Additionally, the Bruins recently signed their 2017 first round selection, Urho Vaakanainen, to his entry-level contract. Another left shot defenseman, Vaakanainen will get his first taste of North American hockey next season after playing in Finland's professional league.

With players like Zboril, Lauzon and Vaakanainen, even if the Bruins do not make a trade for a top-four defenseman like Hanifin, the team has the pieces in the organization to reinforce and add size and youth to the left side of their defense in the coming years. Any of these three prospects could surprise in training camp and earn a spot with the big club next season if the Bruins decide to stand pat with who they currently have in the organization.

This offseason, the Bruins have options on defense. It will be exciting to see which option they choose.