I Broke All Of My Snapchat Streaks And You Should Too
Odyssey
CurrentlySwoonLifestyleHealth & WellnessStudent LifeContent InspirationEntertainmentPolitics and ActivismSportsAdulting
About usAdvertiseTermsPrivacyDMCAContact us
® 2023 ODYSSEY
Welcome back
Sign in to comment to your favorite stories, participate in your community and interact with your friends
or
LOG IN WITH FACEBOOK
No account? Create one
Start writing a post
Entertainment

I Broke All Of My Snapchat Streaks And You Should Too

"One time I was telling my mom about my snapstreaks and she told me I was stupid. I realized she was right." 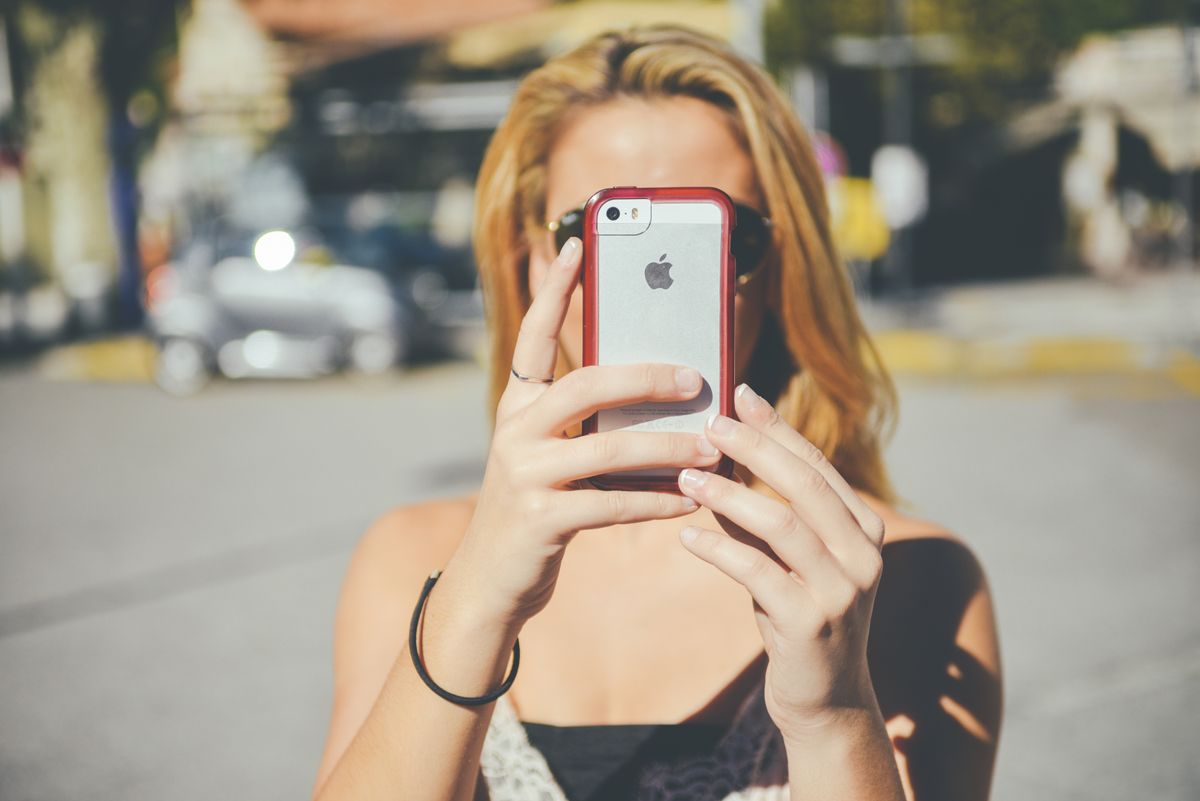 Over the past few weeks, I've done something that some would say is unforgivable.

The responses I have received were tearful and angry, but it was something that had to be done.

With some of them ranging all the way up to 399, I decided to break all of my -I mean, all of my Snapstreaks.

For those of you unfamiliar with this term, a "Snapstreak" is formed when two people continuously contact each other through the app Snapchat. Both parties have to send a Snapchat within 24 hours to continue a streak. After four days, the fire emoji appears by their name with a number. Each day that the streak continues, the number goes up.

To prepare for this article, I asked a few people how they felt about Snapstreaks.

"They're super important. Whoever breaks it is the devil." - Ciara L

"I love them. My best friend and I have one of the longest ones in history, we have 504 right now. Add me on Snapchat btw." - Holly M

"I've never had a streak with anyone. I'm forever alone." - Dillon H

"I appreciate their customer service. I filed a complaint on the Snapchat website about losing streaks once, when I checked the next day they were back." - Mallie E

As you can see, those who participate in this activity are passionate about it. I used to be right there with them, until recently. This brings me to my reasoning of why you should consider escaping this modern phenomenon.

The investment is too serious.

The higher the streak, the more important it becomes. Keeping your numbers up becomes a part of your daily routine. I can think of busy days when I made sure to set aside time where I could be around wifi so I could send my necessary Snapchats. I don't think it would've mattered if I was in a different country, at a full-scheduled conference in Dallas, or at the hospital, I wasn't losing my streaks. A mistake I made and have seen others make is feeling that once you start, you can't stop. Being 100 days in doesn't mean you should keep it up for 100 more. You're not too far gone, you can stop. I believe in you.

The word "streak" is not a conversation.

When I first started playing the streak game, I wasn't committed. The panicked selfies I received that simply said "streak" would make me chuckle, then I would send one back to appease whoever sent it. However, I soon became guilty of the "streak" snap. The point of Snapchat is to converse while sharing pictures of the exciting moments going on around you. They say that a picture paints 1,000 words, but a black screen that says "streak," only paints one.

You sweat when you receive the "90% of data used" text only a week into the month, not because you potentially won't have data if you somehow get stranded in a desert, but because you might not be able to send a Snapchat to continue your streaks. In addition to that, an extra layer of stress comes from having to rely on another person. I can think of instances when I saw the hourglass emoji appear by someone's name, meaning our beloved Snapstreak was on the verge of ending. I instantly would send a Snapchat to clear it if it was coming from my end, send a "streak" snap if it was on their end, or I occasionally even sent a text when things got really serious. You probably have enough to stress about already, why add more with the commitment of a Snapstreak?

Sometimes, you keep a streak simply to keep it.

You haven't hung out in a year, yet you have a 162-day Snapstreak on Snapchat. Send a message asking them to get coffee and chat, it'll probably be fun. If you're cringing simply at the thought of sending that and having to actually hang out with them, you probably shouldn't have a Snapstreak with them. Break it, they'll thank you later. Or they won't because you guys don't talk anyway.

You are more than a number.

You probably think your 100+ Snapstreaks are impressive. I don't condemn that, I was proud of mine too. That is, until one day when I was telling my mom about my Snapstreaks, and she told me I was stupid. After getting offended and trying to make a case for the concept of Snapstreaks, I realized she was right. It's not going on your resume, there are no bragging rights to having a really high Snapstreak, and you sound dense when you talk about it. When your friends think back on you later in life their thoughts will most likely be about the good times you had when you were together, not how many days in a row you communicated through an app.

Ladies, this one is for you.

I get it, having a Snapstreak with the boy you like is fun. However if it's the only way you guys communicate, and he isn't making an effort to hang out with you, then he sure as hell does not deserve your hot selfies. Tell 'em boy bye.

I can confidently say that I feel great about this decision because I am now free from the virtual handcuffs my friends and I had accidentally placed on each other. Plus it's one less reason to be on your phone all the time.

Go forth and break streaks, my friends. Take your sovereignty back.

Nicole Marie Nigro
Individual Creator
1701
c1.staticflickr.com
Where to start...... Let me start with the cliche that life throws us curveballs and what we do with it is what counts.