Brexit Is Relevant In The US
Odyssey

Brexit Is Relevant In The US 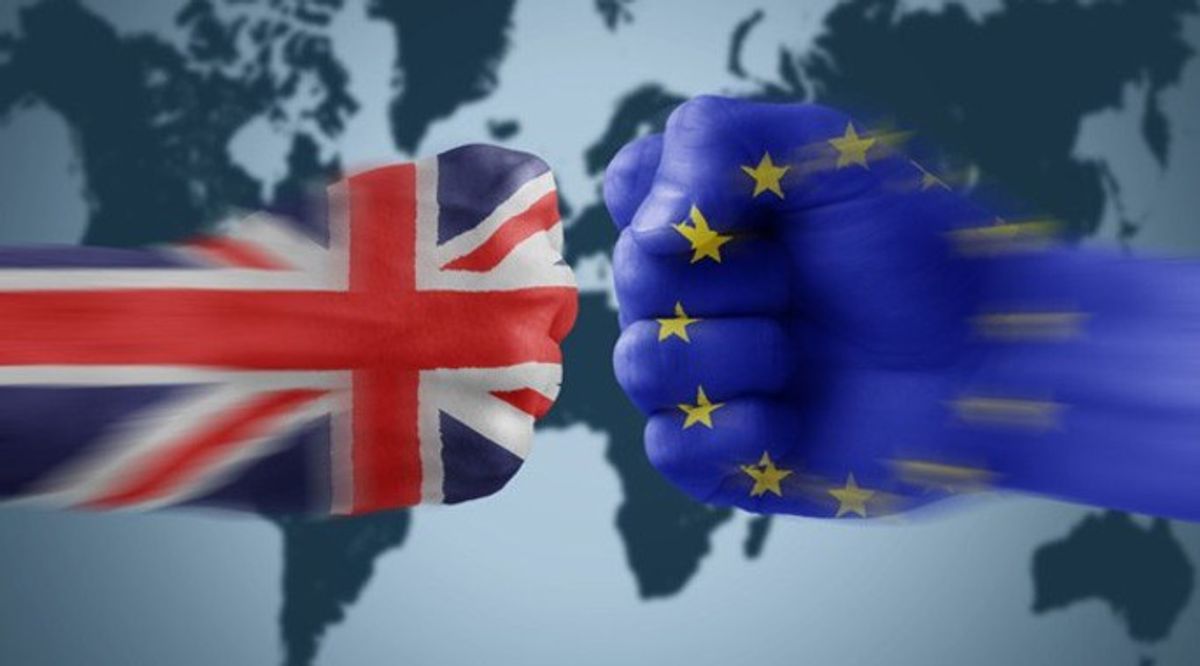 Brexit should serve as a warning to younger voters in the U.S. Why? I thought the U.S. wasn't a part of anything like the EU. We don't have any agreements with other countries to the extent of belonging to the EU. Well kiddos, that is not the point.

Many of you might have read about the trending Google searches in the days before the vote. Most of them concerned what would happen if the UK left the EU. Others were asking what the EU was. That just shows how uneducated voters were. This is common in the U.S. Many people, no matter their party, go out and vote without being fully educated. This means a Trump supporter might like his proposal to build a wall, but doesn't understand his economic plan. A Hillary supporter could love her representation of women, but not understand her thoughts on foreign policy. Let Brexit serve as a warning to all voters, come November, that they should understand each candidates' views on a variety of issues. This is not a difficult task! Many websites exist for the sole purpose of letting you compare candidates next to each other on the same issues. Some even show you how each candidate's stance has changed over time. Check out these websites to further educate yourself on the candidates: http://presidential-candidates.insidegov.com/compa... or http://www.ontheissues.org/Donald_Trump.htm.

Let Brexit also show us how important it is to actually vote. Brexit saw a higher voter turnout than general elections in the UK. And, voter turnout was highest for people age 55 and older. Barely half of eligible voters between the ages of 18 and 34 actually voted. Yet this group strongly favored remaining in the EU, whereas the older age group favored leaving. You might argue that older people are more knowledgable and have experienced more, therefore they know how to vote in favor of what is best for the country. That is not right. Older voters have less time on this earth to live with the consequences.

This table from The Guardian helps put things into perspective. If we don't vote, the generations that have more time in the U.S. will not be represented. Don't our opinions matter? If we don't want to live in an America governed by a certain someone (Trump), we need to get out there and voice our opinions by voting!

Hours after the referendum results were publicly announced, there was panic. The value of the pound is lower than it has been in decades. People are regretting their choice. Many didn't fully realize how serious this vote was. They placed their votes thinking that the UK would never actually leave the EU. Now the UK might no longer exist as Scotland seriously considers holding their own referendum to leave the UK and remain in the EU. Other countries might now consider leaving the EU as well. Brexit could be the end of both the UK and the EU. While the U.S. would probably face another civil war if regions of the country wanted to leave (which is hopefully unlikely), there is a future of conflict and unhappiness if we do not take the upcoming presidential elections seriously.

Let the mistakes of the UK be a lesson to us. We need to educate ourselves. We need to speak up and let our voices be heard. We do not want to see another one of the world's strongest countries face turmoil as the result of one vote. As a younger generation, we have not lived through world wars. We have not seen conflict on our own soil. But, if too many countries fall from strength and isolate themselves from one another, we could have a dark future ahead of us.