7 Songs That Have Gotten Me Through All of My 'Breakups'

Through all the midnight crying sessions and the obnoxious amount of pints of ice cream, here are the seven songs that have helped me through every heartbreak I've ever experienced. 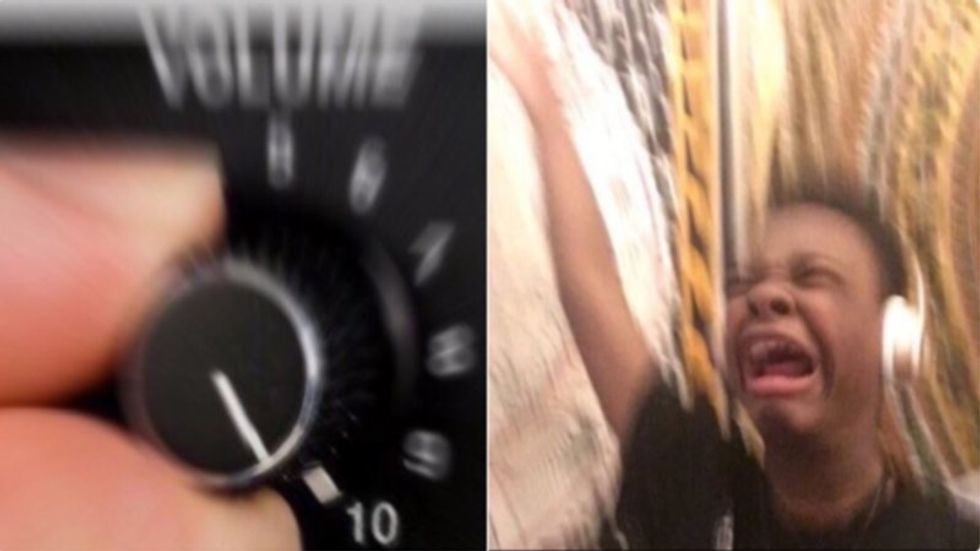 Everyone knows that breakups suck, and trust me, I've had my fair share of heart breaks. After my 6th grade boyfriend breaking up with me on my birthday, I knew that with where my love life was headed—I was going to be in for a real treat. Being ghosted, lead on, and broken up with time and time again has not only resulted in a tragic amount of nights I've cried myself to sleep, but it's also lead to the creation of an ingenious playlist that can get me through almost any BS life tries throwing my way. Whether it's the end of a year long relationship or I've just been ghosted by a frat boy, here are seven songs that have gotten me through it all.

As I mentioned above, yes, my sixth grade boyfriend dumped me on my 12th birthday. It was arguably the tragedy of the century, but hey—I got through it. Little misunderstood twelve-year-old me would blare this song via my iPod nano on the bus ride to school and get all up in my feels. But after realizing some five or six years later, the lyrics don't even accurately represent what I was going through, but nevertheless, this song will never not be a classic breakup bop.

After this guy I was talking to for a year ended things with me back in high school, I was procrastinating during class one day and discovered this gem. After being "broken up" with and then strung along for months, this song really did the trick. Once again, it didn't perfectly represent my situation, but some bits and pieces definitely did. Just sit in your room, stare at the wall, and blare this song on repeat at full volume. Trust me, it emotionally rejuvenates you.

I first discovered this song last fall after my friend posted it on her Instagram story. Her boyfriend had just broken up with her, my boyfriend had just broken up with me, so it was a tough time for both of us. Let me tell you, this one almost exactly described what I was going through. I had a garbage bag filled with my ex's hoodies that I didn't know what to do with, and there was one in particular that I still found myself wearing even months later. I couldn't bear to throw them away, or even to donate them, but this song made me feel like that was okay. Although the lyrics are very relatable, this isn't your classic breakup song. It isn't slow and it isn't sad, and that's exactly what makes this one one of my favorites. It's a song that you can dance around to and feel like you aren't alone in what you're experiencing. With all that being said, even though this song helped me through that troubling time, quite frankly that bag of hoodies is still somewhere in my basement.

Besides the extremely long instrumental intro, this one describes just about any breakup there is. It touches on how it's hard to forget someone after a breakup, but it also mentions how you'll always have the good memories to look back on to learn and grow from. This song came into my life after a breakup of a year. When I'd drive around town and pass the places we used to go together it would almost make me sick to my stomach, but this song alleviated the pain. The chorus goes, "You don't get me, so you don't get me", spreading the message that if a guy doesn't understand or appreciate you then he doesn't deserve you in the first place. All in all, this is a great song to cry to, to blast in the car, and to reinstate a bit of well needed self-esteem after any type of breakup.

U Don't Get Me www.youtube.com

Now this song is a little bit different than the rest on this list. While it's gotten me through some breakups, it's also gotten me through the nerves of starting up new relationships and more. The first time I played this song, I was driving over to meet a boy who had slid into my DMs for the first time (I know, very classy). Saying I was nervous would be an understatement, but as soon as this song came on, I took a deep breath, and suddenly everything was okay. Now, whenever I'm overcome with nerves, whether it be to meet another new boy, while I'm walking through campus to take an exam, or coinciding with this article, to calm myself after a breakup, I put this song on and I am at total peace with myself. It's all about burning bridges. Whether that bridge be a failed relationship, or the nerves to overcome a goal, this song motivates me in ways that I simply cannot describe, and I trust it can do the same for you.

This song not only got me through the loss of my first love, but it also more recently got me through being ghosted by the president of a frat (I know I'm dramatic). My friend performed an interpretative dance to this and now it's honestly my safe haven of breakup songs. It illustrates what it's like to be in a one-sided relationship, to put in all of the effort and get none in return. It also touches on how it's hard to remove yourself from such an unhealthy relationship because you've spent so much time and energy trying to make it work, but ultimately a relationship, of any kind for that matter, is always a two-way street. It's a great song scream along to because it stresses how you almost wish you could go back and hurt them in the way that they hurt you, and it's really healthy to let that sort of energy out. It's also just a great song to cry to in the shower and I highly recommend.

After hearing someone else play this is the community showers of my college dorm, I was gifted with yet another perfect song to cry to in the shower. It illustrates the post-breakup situation, where you sit and wonder what the other person is doing, if they miss you, if they think about you, who they're with. You sit there and wonder and that's all you can do, and this song discusses just that. The lyrics paint such a picture of wondering about the unknown, but it provides a sense of reassurance that no matter what the other person is doing it's okay because you are undoubtedly the best they've ever had and the best they ever will have. Belt this one out in the shower, and I guarantee the pain will melt away.

Nina Nesbitt - The Best You Had (Official Audio) www.youtube.com

Give these seven songs a listen and I hope they work just as well for you as they did for me. They won't cure your pain, but I personally feel that listening to songs that you can relate to in times of need help speed up the healing process. Just hearing that you aren't alone and that it'll be okay is all the medicine you need to catalyze the process (and maybe a pint of ice cream or two). But other than that, with these songs there will be no more crying over breakups for months and definitely no more crying over frat boys, because trust me—it isn't worth your time.

From Your Site Articles
Related Articles Around the Web
relationships
Report this Content
This article has not been reviewed by Odyssey HQ and solely reflects the ideas and opinions of the creator.